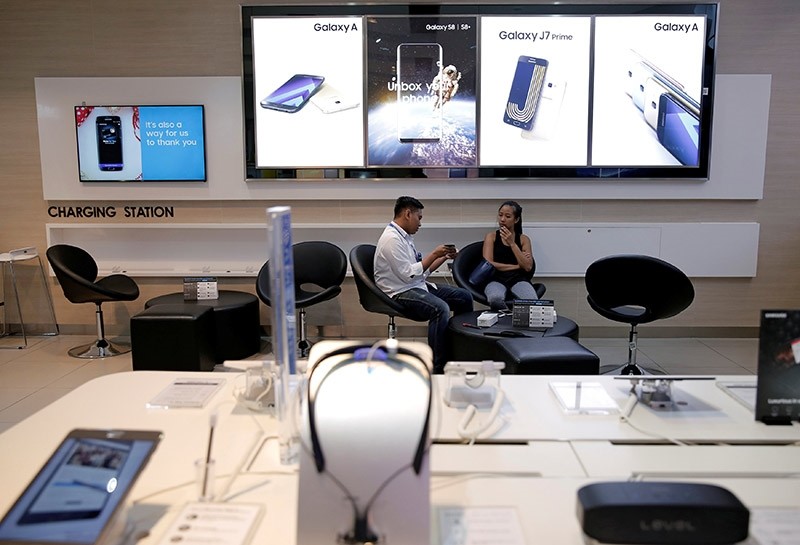 Samsung Electronics expects profits to soar 72 percent in the second quarter to a record high, it said Friday, as it moves on from a recall debacle thanks to rising memory chip prices and increased demand for smartphones.

The South Korean tech giant estimated its operating profit for April-June at 14 trillion won ($12.1 billion), up from 8.14 trillion won a year earlier.

That would reportedly make it more profitable in the period than U.S. behemoth Apple, where consensus analyst forecasts point to a profit of $10.6 billion.

"Samsung is believed to have topped the list of global IT companies, surpassing Intel and Apple, in terms of operating profits for the first time in history," said Kim Dong-Won of KB Securities.

It would also be Samsung Electronics' highest-ever quarterly operating profit, surpassing the 10.1 trillion won of the third quarter of 2013.

The Suwon, South Korea-headquartered company's financial performance has usually mirrored trends in the global economy or followed cycles in the consumer electronics industry, such as how often users upgrade their televisions or smartphones.

That is no longer the case. Now data is driving its growth.

"To process and analyze big data, data storage comes first and this is the driving force behind Samsung's record-high profit," Hwang Min-sung, an analyst at Samsung Securities, said in a report. "Consumers' data usage exploded and companies are not saving their money to invest in servers for data storage and data analysis."

Global tech companies like Google, Amazon and Facebook are scurrying to add more servers for their databases to store, analyze and process the massive data generated from connected devices by consumers surfing the internet to stream videos and music, sharing and viewing photos and files online and using mobile applications.

The adoption of artificial intelligence and growth of the "internet of things" that takes vehicles, refrigerators and even mundane objects like toothbrushes online will drive even higher demand for microchips that can handle more data with speed and energy efficiency.

Analysts estimate that Samsung's semiconductor division, which makes DRAM and NAND chips for mobile devices and servers, generated nearly 8 trillion won ($7 billion) in April-June, or 60 percent of its quarterly profit.

That's close to what Samsung's semiconductor division used to earn in a full year.

Analysts forecast Samsung's quarterly semiconductor profit will continue to rise because none of its rivals are likely to catch up or match its knowhow and investment in memory chip production.

Samsung said earlier this week it plans to spend 20.4 trillion won ($18 billion) in the next four years to expand capacities of memory chips in its South Korean plants. It also is considering adding production lines in China.

OLED screens, advanced displays that display crisp, highly saturated colors, are another plus.

Samsung controls more than 90 percent of the global market for mobile OLEDs, and is using the screens for the curved displays of its Galaxy smartphones. Apple is widely expected to adopt OLED screens.