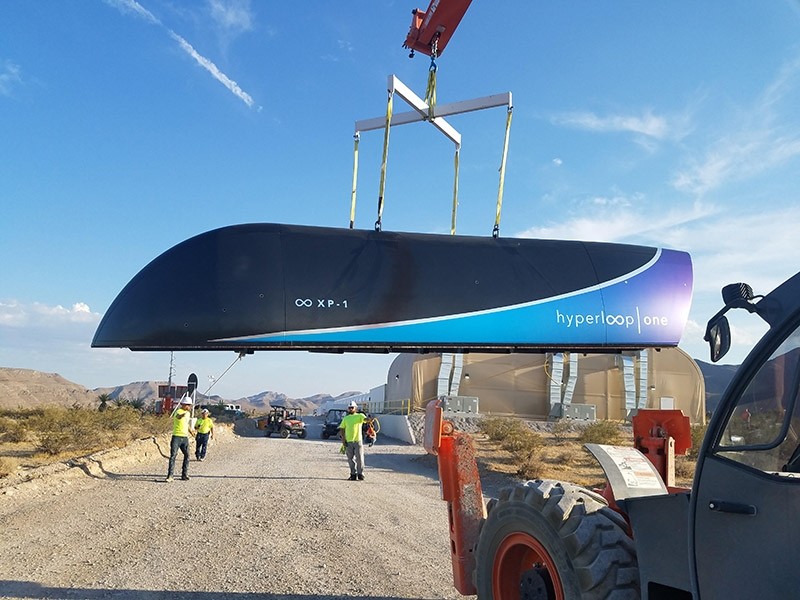 The test took place in May at the company's development track in the Nevada desert near Las Vegas, and involved a vehicle coasting above tracks for slightly more than five seconds using magnetic levitation, according to the startup.

The test vehicle accelerated to a speed of 70 miles (112 kilometers) per hour during the test, and the company's next goal is to ramp the speed to 250 mph (400 kph), Hyperloop One said in a release.

"Hyperloop One has accomplished what no one has done before by successfully testing the first full scale Hyperloop system," said startup co-founder and executive chairman Shervin Pishevar.

Hyperloop One had originally promised a full-scale demonstration by the end of 2016, after a successful test of the propulsion system. Systems tested in May included the motor, vacuum pumping, magnetic levitation, and electromagnetic braking, according to the company.

Hyperloop One also announced that it has built a prototype pod designed to carry people or cargo through the systems low-pressure tubes.

Hyperloop One early this year disclosed a list of locations around the world vying to put near-supersonic rail transit system to the test.

Viable submissions had to be condoned by government agencies that would likely be involved in regulating and, ideally, funding the futuristic rail.

Hyperloop One wants to get three systems underway, chief executive Rob Lloyd told AFP at the time. Hyperloop One, which has raised more than $160 million, was set on an idea laid out by billionaire Elon Musk, the entrepreneur behind electric car company Tesla and private space exploration endeavor SpaceX.

Pods would rocket along rails through reduced-pressure tubes at speeds of 1,200 kilometers (750 miles) per hour. Hyperloop One said that the system offers better safety than passenger jets, lower build and maintenance costs than high-speed trains, and energy usage, per person, that is similar to a bicycle.