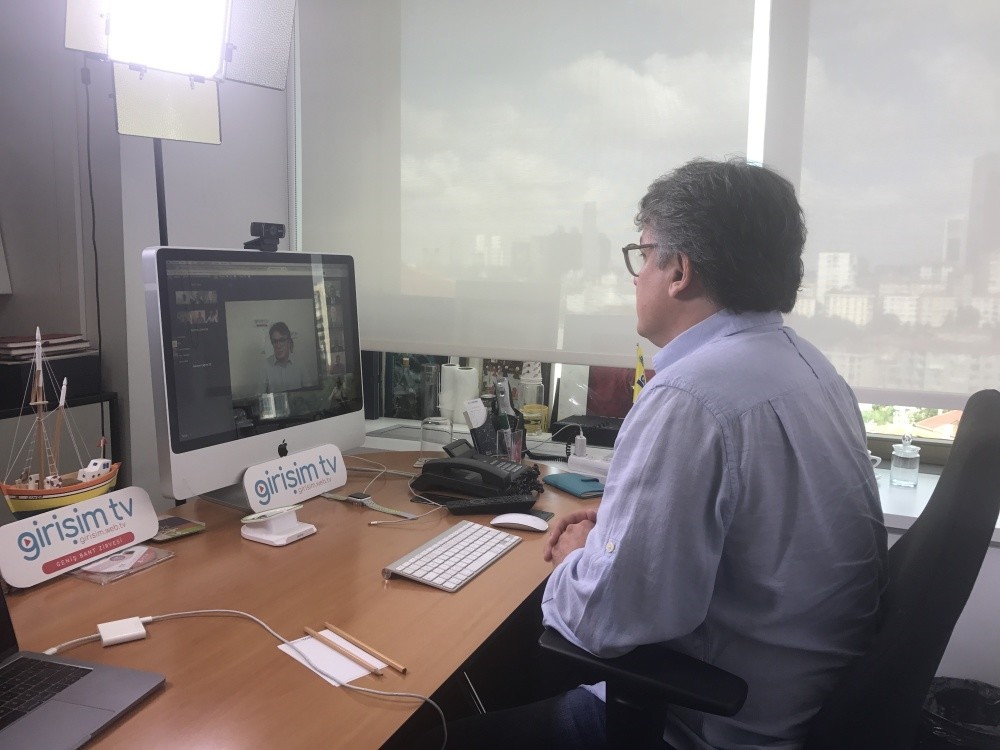 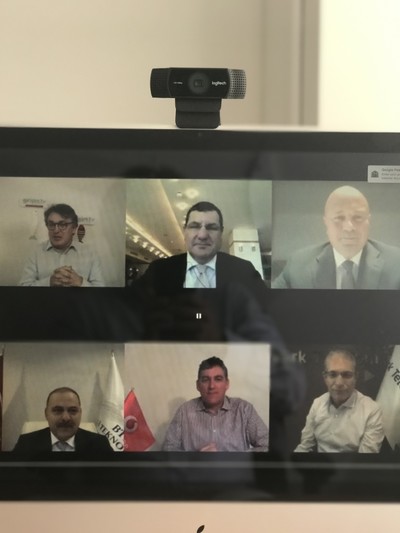 Pledging support for entrepreneurship in his message, Minister Arslan said it was necessary to raise future generations who will learn about entrepreneurial culture and code writing during their primary education.

"Turkey's giant corporations and institutions first need to support the creation of ecosystems on 'Next Generation Digital Entrepreneurship.' You will receive all kinds of support from us for a digital transformation," said the minister.

He also promised incentives, investment funds and regulations necessary for the next generation of digital entrepreneurs.

Attending the live broadcast, BTK Chairman Ömer Fatih Sayan said it was necessary to support entrepreneurs in every field, from infrastructures to applications, and not only be bystanders.

Stressing that all operators need to work in collaboration for a digital transformation, Sayan said: "We are also providing investment support for obtaining products and services from entrepreneurs in addition to the locality rate. Operators will also make efforts in this regard. There are incentives for universal service funds, data centers and call centers, as well as support for entrepreneurship that supports operators."

'We need to reduce cost for entrepreneurs'

Highlighting the importance of reducing costs for entrepreneurs, Turkcell General Manager Kaan Terzioğlu said the costs in every stage, from infrastructure to services, should be reduced to support the entrepreneurs. He added that tax incentives and mobilizations, similar to those launched in the construction sector, should also be applied to informatics.

"We can also increase our support for massive funding and innovative projects," Terzioğlu added.

'We need to keep up with entrepreneurs'

Noting that they were ready to cooperate with all operators on mobile and fixed infrastructure, Turk Telekom CEO Paul Doany said they have to keep up with the way entrepreneurs do business. He also pointed out that the most important rule in entrepreneurship was to try new ideas if something was not working.

"When I came back to Turk Telekom, I came across an exciting pilot project, which consisted of an e-commerce cloud and virtual reality applications," Doany said, recalling that there has been a significant increase in the number of angel investments in Turkey in recent years, and that companies are also gaining experience in corporate investments.

"We will continue to increase our support and contributions for entrepreneurship," he added.

'Our way of doing business will change'

"Different ways of doing business are now preferred, instead of the office-based work of the past, take girisim.web.tv for example," said Vodafone Turkey CEO Colman Deegan. He also pointed out the projects developed by Oksijen, a technology company affiliated with the group.

"We can step into the smart city, smart home, smart hospital and smart school projects by enlarging the entrepreneurial ecosystem. In addition, our 'Tomorrow's Coders' project will contribute to the formation of entrepreneurship, coding training and the Silicon Valley of tomorrow," Deegan said.

Also in attendance, Sabah economy writer Kerem Alkın shared his views on the broadband report on behalf of the MOBILSIAD during the live broadcast.

"China is setting important goals while supporting online entrepreneurship. It is not only trying to be a market but also to be an actor. If we can increase our high-tech exports, we will be able to push up the figures," he said.

The live broadcast of the "Broadband Summit for Entrepreneurs" was aired on girisim.web.tv, where participants joined in from six different locations. BTK Chairman Ömer Fatih Sayan joined in from Ankara, Sabah Newspaper writer and MOBILSIAD Chairman Kerem Alkın attended the summit from Ataturk Airport, while Vodafone Turkey CEO Colman Deegan joined in from the company headquarters in Maslak, Istanbul, Türk Telekom CEO Paul Doany logged in from Gayrettepe and Turkcell General Manager Kaan Terzioğlu participated from a hotel room on the Asian side of Istanbul.