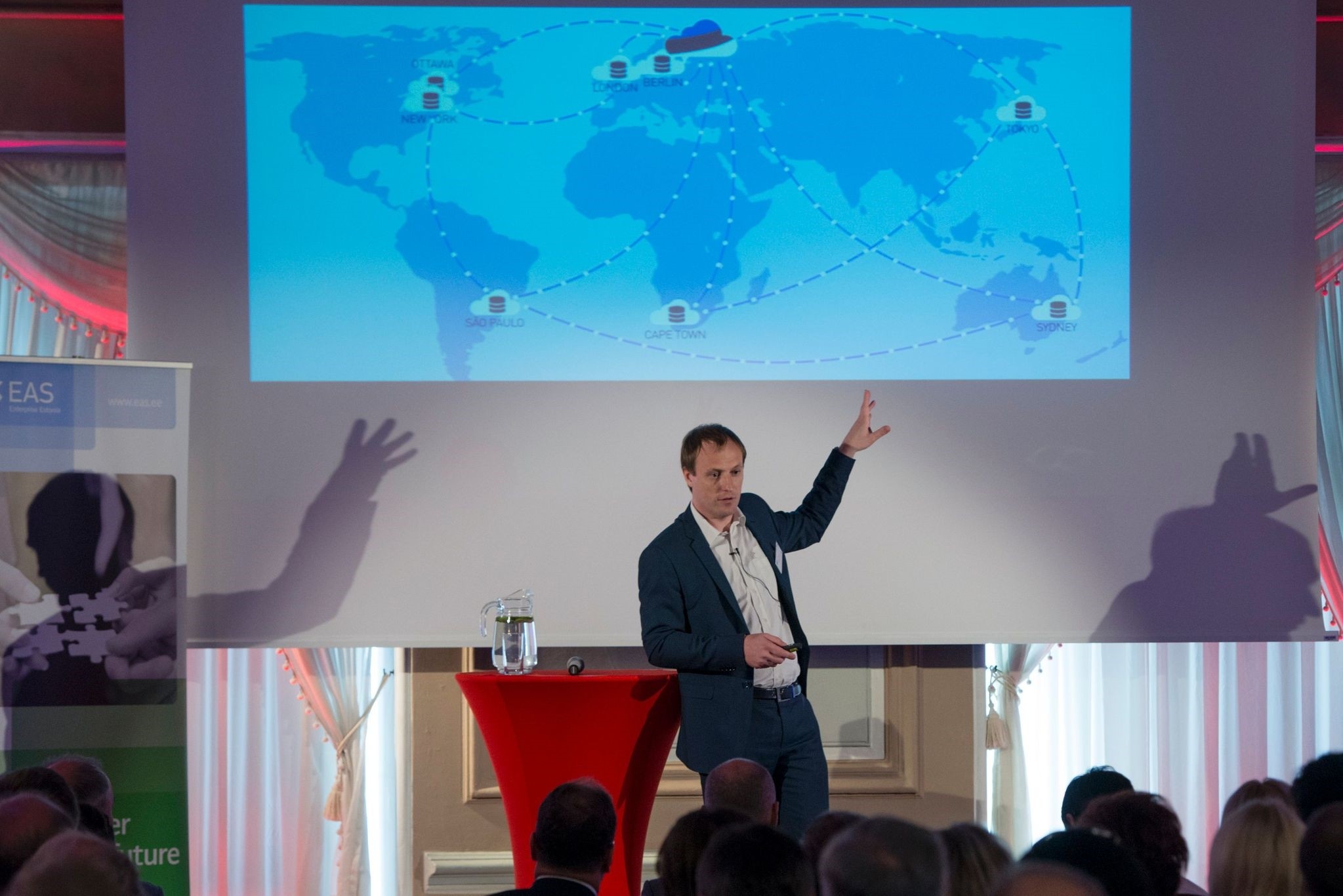 Taavi Kotka, a former IT entrepreneur who now runs the project as Estoniau2019s chief information officer presents the e-residency IDs project in Tallinn.
by Aug 14, 2017 12:00 am

Touted as a‘trans-national government-issued digital identity,' e-residency allows users to open a business in the EU and then run it remotely with the ability to declare taxes and sign documents digitally

As Brits brace for the upheaval that Brexit could bring, some are turning to Estonia's e-residency digital ID programme to keep doing business across the European Union. Using its knack for digital innovation to capitalise on the global explosion in e-commerce, the small cyber-savvy Baltic eurozone state became the first country to offer e-residency identification cards to people worldwide in 2014. Touted as a "trans-national government-issued digital identity," e-residency allows users to open a business in the EU and then run it remotely with the ability to declare taxes and sign documents digitally. It does not provide citizenship, tax residency, physical residency or the right to travel to Estonia. Applications can be made online via the www.howtostayin.eu website and cost 100 euros ($112).

Just over 22,000 people from 138 countries across the globe have become e-residents so far, including around 1,200 Brits and last year's Brexit vote triggered a boom in applications from the U.K. Before it, only three British citizens applied per week, but that shot up to over 50 in its aftermath. There was also a 75 percent spike in U.K. traffic on the website after Prime Minister Theresa May triggered the Article 50 EU exit clause in March.

"The U.K. may have chosen to leave the EU, but its entrepreneurs can still choose to remain inside the EU's business environment" through e-residency, programme director Kaspar Korjus told AFP.

E-residency spokesman Arnaud Castaignet explained that if a British entrepreneur becomes an Estonian e-resident and establishes a company producing goods in Estonia then they "will have the same access to the EU market as any EU company."

So far the majority of companies established by e-residents are in consultancy services, IT programming, web developing, business support services. Winners of the Mayor of London's 2017 Entrepreneur competition say they signed up for e-residency to mitigate the risk Brexit poses for their business, a startup making environmentally-friendly wet wipes. Ellenor McIntosh and Alborz Bozorgi both live in London but say they took up e-residency in order to be able to keep their company, Twipes, inside the EU's single market. Billing Twipes as "the future of toilet paper," its owners say they have registered it both in the U.K. and Estonia to boost investor confidence.

"We had discussions with many investors from across Europe and Estonia in particular, and they view the uncertainty of Brexit as a huge risk," Bozorgi told AFP via email.

"We had to incorporate in both the U.K. and EU as a method of hedging risk," he added.If Britain loses access to the single market, however, the company would need to source materials and produce Twipes inside the EU to keep duty free access to the bloc. Brit Dirk Singer established his Rabbit digital marketing agency six years ago in the U.K., but wary of Brexit he digitally relocated it to Estonia last year thanks to e-residency.

"I applied for e-residency shortly before the EU referendum last year. Essentially, I was not so optimistic that we would vote to stay and so I saw this as an insurance policy," Singer told AFP.

"Two of my five biggest clients are from the EU. I'm concerned that as a small UK service-based business, Brexit could start to make life difficult for me."