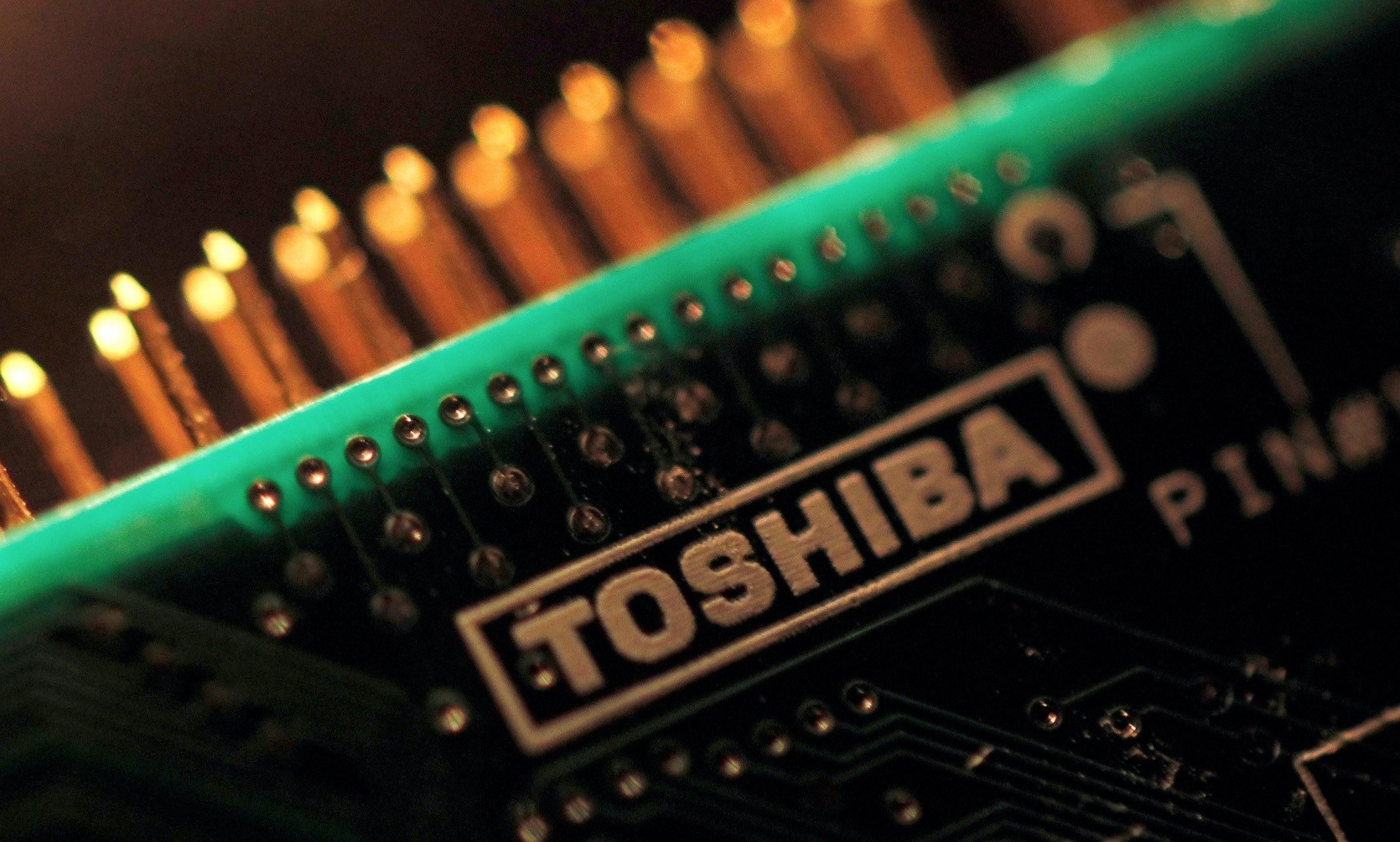 Toshiba said that three groups are vying for its memory chip business, as reports said Apple has jumped into the race with a consortium offering to pay about $20 billion for the unit. The loss-hit conglomerate said bidders include a group led by U.S. investment fund Bain Capital and Japanese state-backed investors and another that includes Taiwan's Hon Hai Precision, better known as Foxconn.

A third consortium includes Western Digital, Toshiba's U.S.-based chip factory partner, which has tried to block any sale to a third-party in court. Selling the profitable chip division is seen as the key to cash-strapped Toshiba's survival as one of Japan's best-known firms struggles to plug multibillion-dollar losses at its U.S. nuclear power division, Westinghouse Electric. Toshiba did not mention Apple, which has joined the Bain-led consortium, according to reports in Japan's Nikkei business daily and top-selling Yomiuri newspaper. Toshiba poured cold water on reports that it would make a final decision Thursday, saying it had been unable to reach a "mutually satisfactory definitive agreement with one of the consortia." It did not elaborate.

"The negotiation with each consortium has not reached the point which will allow Toshiba's Board of Directors ... [to] make a decision regarding the sale [of the chip business]," it added in a statement. Talks will continue with possible bidders with an eye on a reaching a deal "at the earliest possible date," it added. Earlier reports said Bain brought Apple into the bidding group to stay in the running as Toshiba leaned toward a deal with Western Digital. Apple relies on Toshiba's memory chips for iPhones and iPods and wants a continued supply independent of its rival Samsung Electronics, Bloomberg News said, quoting people familiar with the matter. Toshiba is the world's number-two supplier of memory chips, behind South Korean titan Samsung.

"There are supply shortages of that type of memory," said Michael Walkley, an analyst with Canaccord Genuity.

"They're always looking to work closely with key suppliers and lock in long-term supply agreements," he said.