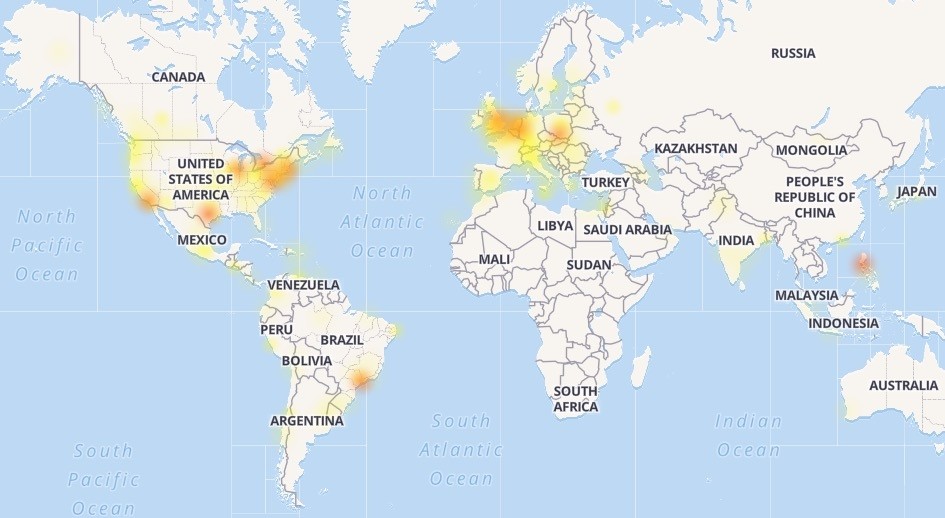 A map from Down Detector website showing where Facebook users report to have problems reaching the network.
by Daily Sabah Oct 11, 2017 12:00 am

Millions of Facebook users expressed outrage on Twitter and other social media platforms Wednesday as they were unable to load Mark Zuckerberg's brainchild on their computers and mobile phones.

Some of the messages on Twitter claimed the site displayed an error code, and others said the page is totally blank and nothing is shown.

The website "Down Detector," which follows web giants' status and posts updates about whether they are down or not, showed that people from United States and Europe have submitted down reports the most.

Later on, the California-based network said that they are aware people have problems accessing Facebook and Instagram.