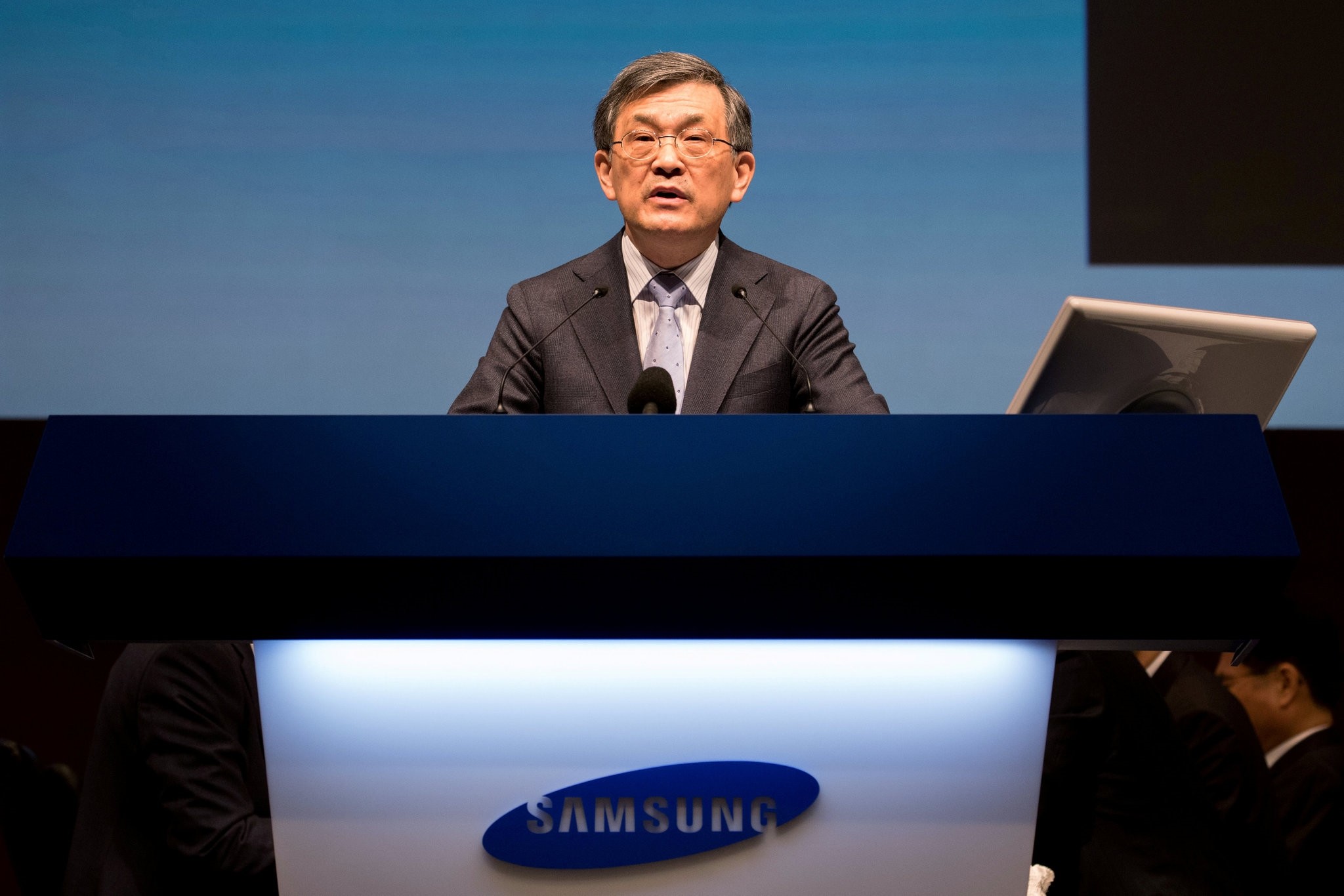 The CEO of Samsung Electronics Kwon Oh-Hyun resigned Friday, saying the South Korean tech giant was facing an "unprecedented crisis", even as it expected profits to hit an all-time high in the third quarter.

Kwon's resignation comes as the company struggles to overcome a bribery scandal that sent Lee Jae-Yong, its de-facto head and heir to the Samsung empire, to jail.

But in a sign of good news for the company, its estimated operating profits for the July-September period of 14.5 trillion won ($12.8 billion) marked a record for quarterly profit, nearly tripling the 5.2 trillion won earned a year earlier.

Sales are expected to have surged 29.65 percent on-year to 62 trillion won, with the booming semiconductor business boosting the company's bottom line.

Despite the spectacular performance, CEO Kwon said the company was in the throes of an "unprecedented crisis" as he announced his intention to step down.

"Fortunately, the company is now producing best-ever results but this is merely a fruit of decisions and investment made in the past", he said in a statement.

"As we are confronted with unprecedented crisis inside out, I believe that time has now come for the company (to) start anew, with a new spirit and young leadership to better respond to challenges arising from the rapidly changing IT industry", Kwon said.

Samsung did not announce the performance estimates of each business division but its semiconductor business is widely believed to have contributed greatly to the record-beating report.

The company is set to release its final earnings report later this month.

Samsung has been seeking to move past a bribery scandal that saw the company's de-facto head Lee Jae-Yong thrown into jail, and to overcome a damaging recall last year of its flagship Galaxy Note 7 smartphone over exploding batteries.

Lee, who was found guilty in August of bribery, perjury and other charges relating to payments made by Samsung to ousted president Park Geun-Hye's secret confidante Choi Soon-Sil, is appealing his five-year sentence and says he is innocent.

"The company has been riding a global semiconductor boom," he said, adding the semiconductor business alone is believed to have contributed 10 trillion won to the operating profit.

The company's main products -- DRAM and NAND memory chips used in smartphones -- have also seen an increase in shipments and prices.

Rising sales of its flagship Galaxy S8 and Galaxy Note 8 smartphones were also believed to have bolstered the profitability of the mobile division, analysts said.

Yonhap Infomax data, based on research from 21 securities firms, also showed Samsung is expected to post an operating profit of 16 trillion won in the fourth quarter, up 74 percent from a year earlier.

Doh Hyun-woo, analyst at Mirae Asset Daewoo Securities Co. said in a report that the release of new models, including the iPhone X by rival Apple Inc. could weigh on Samsung's mobile sales, but will also help its smartphones parts business.

The consumer electronics division will also benefit from strong seasonal demand, he added.

Analysts said the company was likely to post another all-time high quarterly operating profit of somewhere between 15 and 17 trillion won in the October-December period as IT/mobile business is expected to contribute greater earnings as well.

But shares in Samsung Electronics closed 1.46 percent down Friday on heavy profit taking.