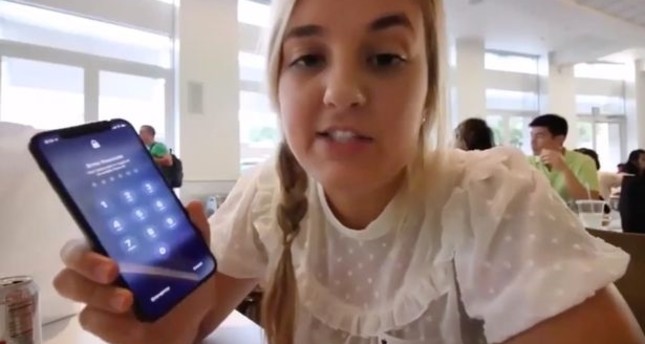 Apple has reportedly fired an engineer after his daughter released a video in which she showed the features of a pre-released iPhone X at the company's high-end employee cafeteria at its California headquarters.

Brooke Amelia Peterson who was visiting her father at the company recorded a video featuring the gadget's design, and a few features such as the Cover Sheet notification screen and 'Animoji' as well as code names of unreleased Apple products and special employee-only QR codes.


The video quickly went viral and even though Apple reportedly asked Peterson to delete the video it was already widely shared by other media outlets and individuals.

After the incident, Peterson released a second video saying the tech giant fired his father due to allowing her to film the unreleased handset at Apple's campus, ultimately violating Apple's policy. She said neither she or her father was bitter about the company's decision

Apple will launch the iPhone X early next month as excitement is already building everywhere. The company's newest device is designed to be unlocked with a facial scan with a number of privacy safeguards. It also has an 'animoji' feature that allows users to animate the facial expressions of emojis using facial recognition technology.

Share on Facebook Share on Twitter
Previous in Tech One of the first desktop computers produced by Apple is expected to... Next in Tech The appetite for mergers and acquisitions remains near a record high...
DAILY SABAH RECOMMENDS