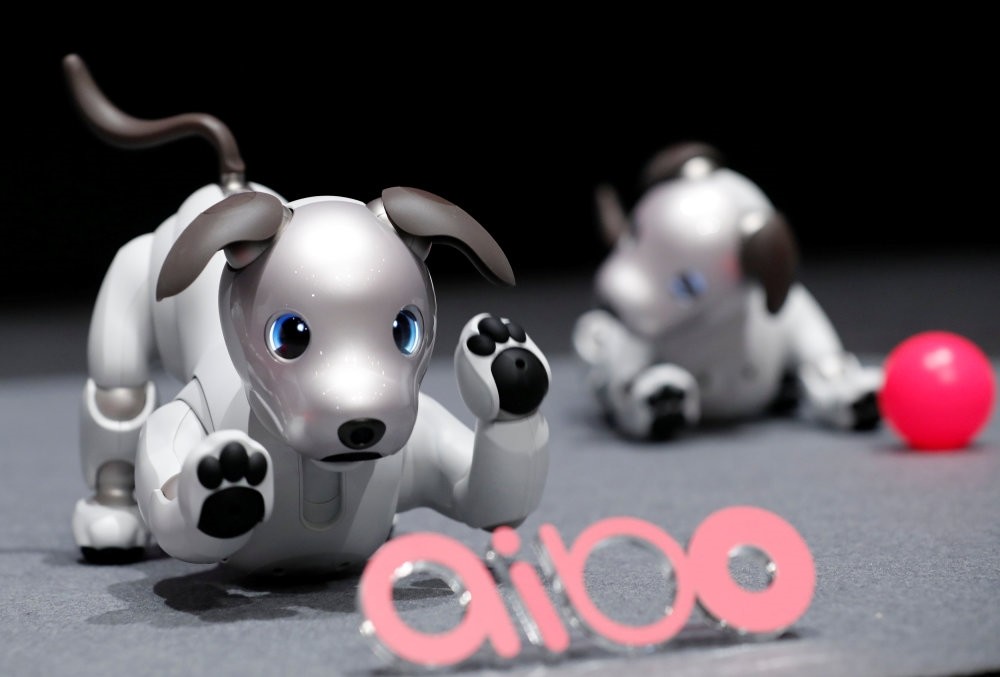 Sony Corp's entertainment robot ,aibo, is pictured at its demonstration in Tokyo.
by reuters
Nov 02, 2017 12:00 am

Japan's Sony Corp said yesterday it has brought back AIBO more than a decade since it last made the robotic dog, as the electronics and entertainment firm seeks to rebuild its reputation for innovation after years of restructuring. The announcement comes a day after Sony confirmed its renaissance by forecasting its highest-ever profit this financial year, sending its shares surging to a nine-year high. AIBO is billed as a pet that behaves like a real dog using artificial intelligence (AI) to learn and interact with its owner and surroundings. The upgrade sees AIBO equipped with new sensing and movement technologies as well as far more advanced AI backed by cloud computing to develop the dog's personality. Sales begin in Japan in January for 198,000 yen ($1,739). Sony pioneered entertainment robots with AIBO in 1999. It sold about 150,000 dogs in Japan before ceasing production seven years later when its core consumer electronics business struggled in price wars with emerging Asian rivals.

"It was a difficult decision to stop the project in 2006, but we continued development in AI and robotics," Chief Executive Officer Kazuo Hirai said at a news briefing.

"I asked our engineers a year and a half ago to develop (new) AIBO because I strongly believe robots capable of building loving relationships with people help realise Sony's mission (to inspire)."

The reborn AIBO features new actuator technology allowing it move more smoothly and naturally like a real dog. With sensing and AI technologies, AIBO can run toward its owner and detect smiles and words of praise, and can remember what actions please the owner. Its eyes are made of organic light emitting diode (OLED) displays making it capable of diverse expressions. Sony said it aims to sell at least as many new AIBO as the original, without giving a time frame. It also said it is considering overseas sales.

The firm sees AI as a future pillar of growth, hoping to catch up with major technology companies such as Facebook Inc , Apple Inc and Alphabet Inc's Google. It invested an undisclosed sum last year in Cogitai, a U.S. AI start-up focusing on technology that allows machines to learn continually and autonomously from interaction in the real world. It also established a venture capital fund to build partnerships with researchers and start-up companies in AI and robotics. Earlier this year, Sony Education launched its first product, Koov, which aims to teach children coding through building and programming robots using plastic blocks.