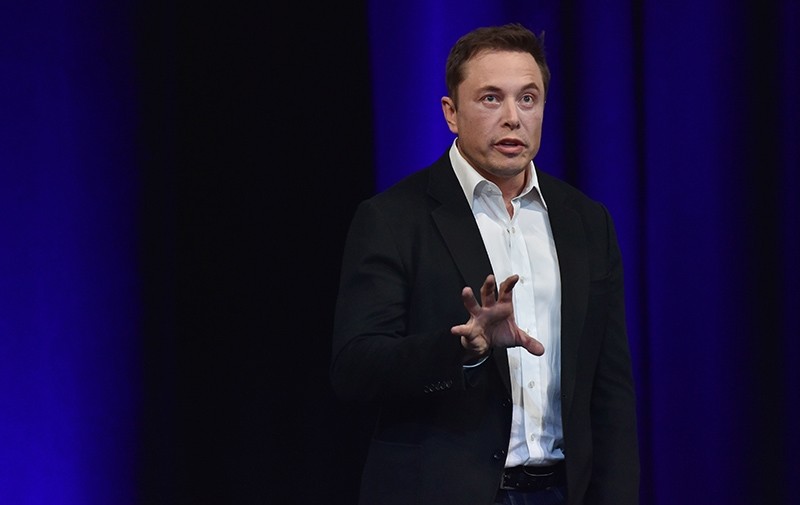 U.S. billionaire Elon Musk's Instagram photograph of himself at the mausoleum of Turkey's founding father, Mustafa Kemal Atatürk has been 'liked' nearly 1,000,000 times – his personal best.

The CEO of Tesla Inc. and SpaceX visited Turkey on Wednesday and held talks with President Recep Tayyip Erdoğan on a number of topics, including an agreement with Airbus on TÜRKSAT 5A and 5B satellites, and technological developments in the country.

Following the meeting, Musk posted a photo of himself standing at the Atatürk Mausoleum, known as Anıtkabir, as the sun was setting over the capital Ankara. The photo has been "liked" 924,000 times and commented on more than 38,000 times. Most of the comments featured Turkish flag emojis and words of support.

Musk later shared another photograph from Anıtkabir after he laid flowers at Atatürk's tombstone.

"Three broken ribs. A pierced lung. And still he fought. For peace at home. Peace in the world," the billionaire wrote as the caption.

Musk shared one more post on social media related to the late founder of the Turkish Republic on Thursday.

"'If one day, my words are against science, choose science.' Mustafa Kemal Atatürk," Musk tweeted.

"If one day, my words are against science, choose science."
Mustafa Kemal Atatürk

Turkey commemorated its modern republic's first president on the 79th anniversary of his death Friday. The founding father who led the War of Independence after the fall of Ottoman Empire died Nov. 10, 1938, at the age of 57.