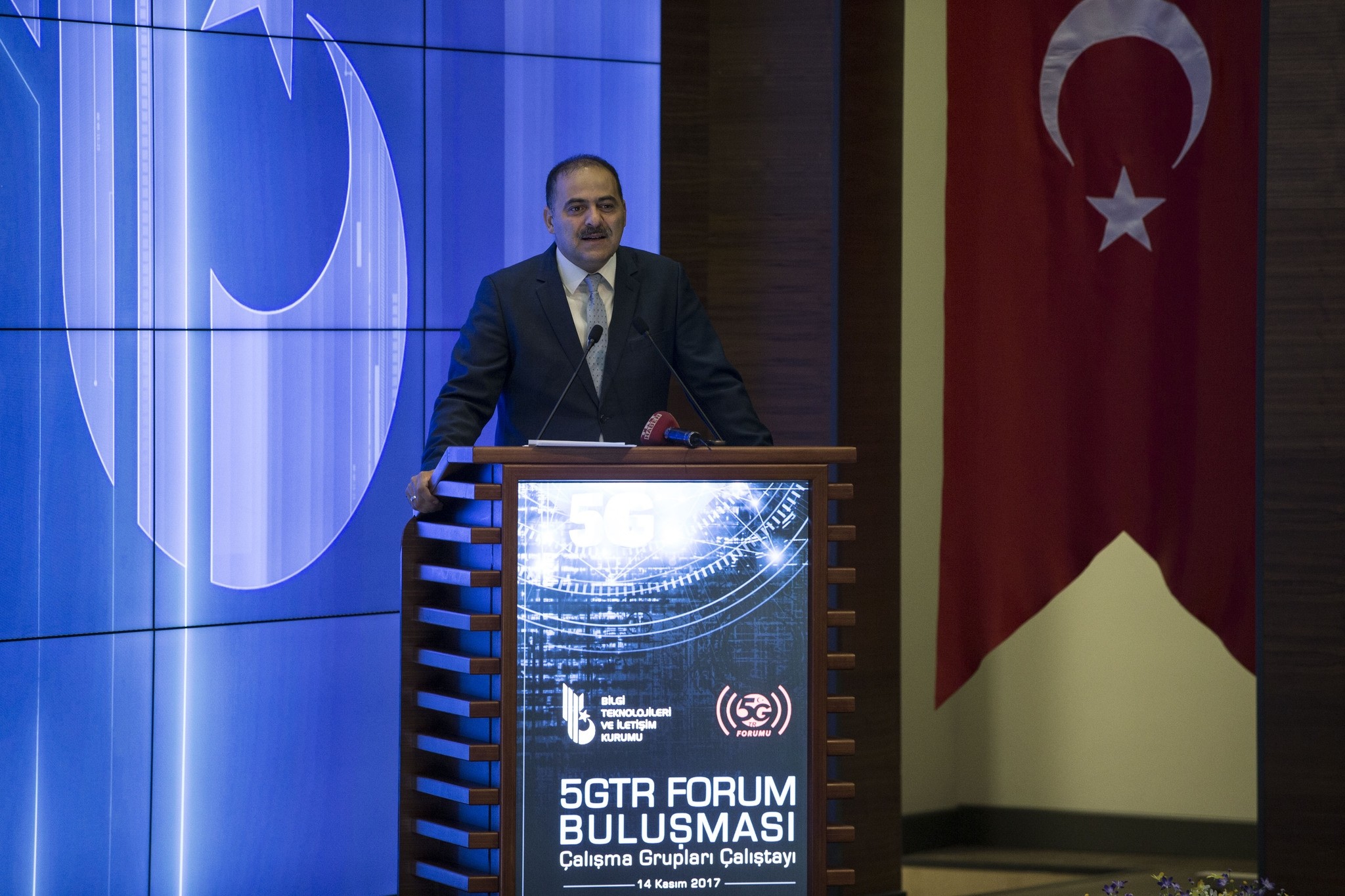 u00d6mer Faruk Sayan, the head of Turkey's Information and Communication Technologies Authority (BTK) speaks at a forum in Ankara, Turkey on November 14, 2017. (AA Photo)
by Anadolu Agency Nov 14, 2017 12:00 am

Turkey and Japan will sign a cooperation agreement on 5G technology during a forum in South Korea next week, the head of Turkey's Information and Communication Technologies Authority (BTK) said on Tuesday.

Sayan stressed that Japan and Korea are leading countries in 5G technology, which allows faster mobile use of the Internet.

Turkey signed memorandums of understanding for cooperation on 5G with Japan and Korea in 2015 and 2016, he said.

Saying that they will go on to empower prominent national and international 5G platforms and worldwide cooperation, Sayan predicted that Turkey will be one of the leading countries with 5G.

Sayan said their aim is not only 5G, but 5G and beyond technologies.

In April 2016 the country progressed to 4.5G, which is 10 times faster than 3G technology.

On Nov. 8 Sayan had told an information technology summit in Istanbul that 5G is expected to start in Turkey in 2020.

By that year, there will be more than 30 times as much mobile Internet traffic as there was in 2010, according to the European Commission.

Sayan said 5G and beyond will be a fundamental component of Industry 4.0, which is a global vision for future manufacturing including automation and data exchanges.

Industry will make advances with 5G and beyond technologies, he added.