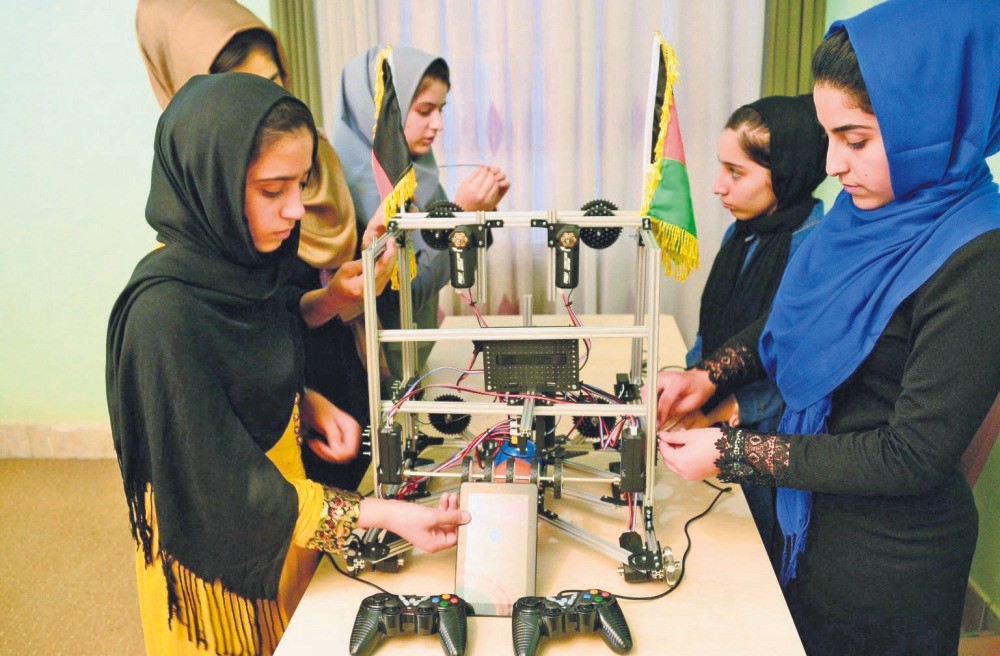 Three teenage members of the team won the Entrepreneurial Challenge at Robotex, which bills itself as ,Europe's biggest robotics festival, and took place in the Estonian capital of Tallinn from Nov. 24 to 26.
by Dec 02, 2017 12:00 am

An Afghan girls' robotics team, which was temporarily denied entry to the United States earlier this year, has won an award at a prestigious competition in Europe. The team's winning entry was a solar-powered robot that would help small farmers carry out tasks including seeding and cutting crops like wheat, Afghanistan's embassy in London told the Thomson Reuters Foundation.

Three teenage members of the team won the Entrepreneurial Challenge at Robotex, which bills itself as "Europe's biggest robotics festival" and took place in the Estonian capital of Tallinn from November 24 to 26. The category requires entries that involve "solving a real world problem" by a robot that "customers would want to buy."

"They are an excellent example for people around the world of what can be accomplished by young Afghans if given the right support and the opportunity to excel in their education," Ambassador Said Tayeb Jawad said in an emailed statement.

"They are undeniably the future of Afghanistan."

The team briefly found itself in the global spotlight last July when the United States denied four of its members visas to travel to an academic robotics competition. After a public outcry, American officials reversed their decision and granted the girls an exemption, called a parole, that allowed them to travel. Their win in Eastonia garnered a small cash prize, and they are also invited to take part in a larger U.S. event in May where they will compete for investment money to start their own company, the embassy in London said.