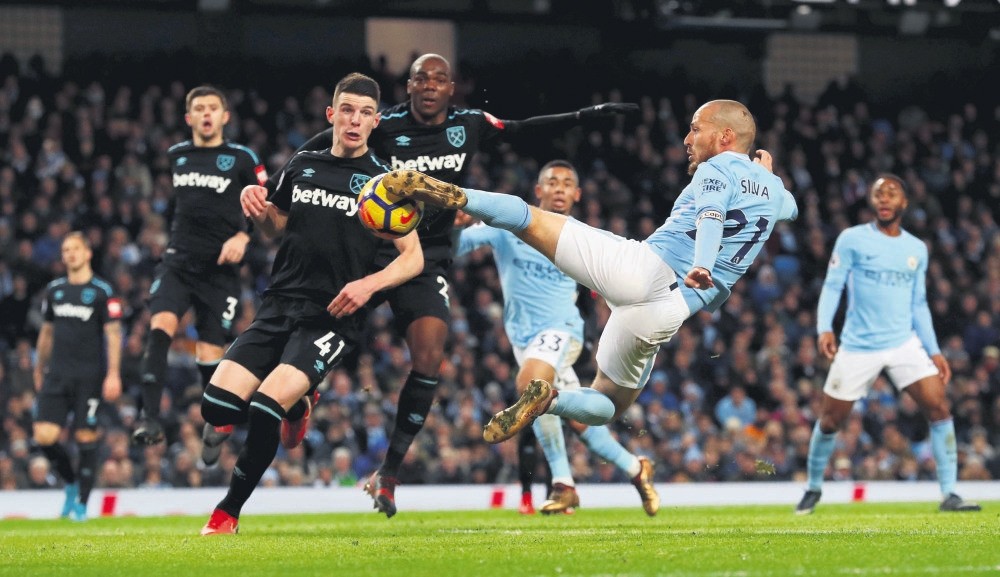 The bulging wallets of Amazon and Facebook could drive up the cost of TV rights for the next English Premier League deal as sport braces for a global broadcasting revolution. Sky and BT shelled out more than 5 billion pounds ($6.7 billion) for the privilege of keeping the jewel in the crown of British sports broadcasting for three seasons from 2016-17 but the new kids on the block are flexing their muscles. Manchester United Executive Vice Chairman Ed Woodward is expecting a change in dynamic when it comes to bidding for TV rights, with non-traditional players vying to enter the European football market. Woodward said recently that anecdotally there was strong interest the last time the Premier League contract was up for grabs and also interest in the European Champions League and the Europa League. The sheer size of the new players is striking. Amazon has a market value of around $559 billion while Facebook's is around $519 billion, dwarfing Sky ($23 billion) and BT ($35 billion). Giles Morgan, former head of HSBC sponsorship and now an international sponsorship advisor, told AFP, "The rights market is changing forever in sport. The Amazon/Facebook type of platforms will shake things up."

"Sport remains a commodity best consumed live. That's what makes sport so valuable, because it is in the now, which means opportunity for brands to reach viewers in a targeted way through primary and secondary screens and media," Morgan said. There has been no public indication the new players will try to grab a chunk of the Premier League for the next contract from 2019-20 but they are already making their intentions clear.

Amazon out-rallied Sky to win the UK rights to ATP Tour men's tennis events from 2019 until 2023 and has struck a deal with the U.S. Open for British TV rights. The company earlier this year reportedly paid $50 million to cover 10 NFL "Thursday Night Football" in the United States - about five times the amount Twitter is understood to have paid previously. And in a shot across the bows of Sky and BT Sport, Amazon last month announced a lucrative documentary series deal with Premier League leaders Manchester City. Facebook showed its ambitions by bidding around $600 million to buy streaming rights to the hugely popular Indian Premier League but lost out to Star India, which bid $2.55 billion for the TV and digital rights combined. Last year it streamed Wayne Rooney's testimonial match for Manchester United against Everton, the first game between two Premier League clubs to be shown live on the social media channel.

Michael Payne, former International Olympic Committee director of marketing and broadcast rights, says sport is the perfect shop window for companies wishing to establish themselves as serious players in the broadcasting world.

"Clearly Amazon, Facebook, Google - the new players, are starting to look at the role of sport in exactly the same way as satellite television did 20 years ago," he said. "You don't establish yourselves through soaps and documentaries. It used to be live sports and Hollywood movies but now it is just sports. It guarantees a large audience."

Tim Bridge, senior consultant at Deloitte, agrees it is only a matter of time before fresh faces enter the fray, especially as viewing habits are changing, with widespread use of mobile devices, and he argues that football will want to be at the cutting edge. Bridge says the present holders of the live rights for the Premier League, Sky and BT Sport, will not go down without a fight, even though analysts say Sky could reportedly be forced to pay an extra 600 million pounds ($803 million) annually due to increased competition.