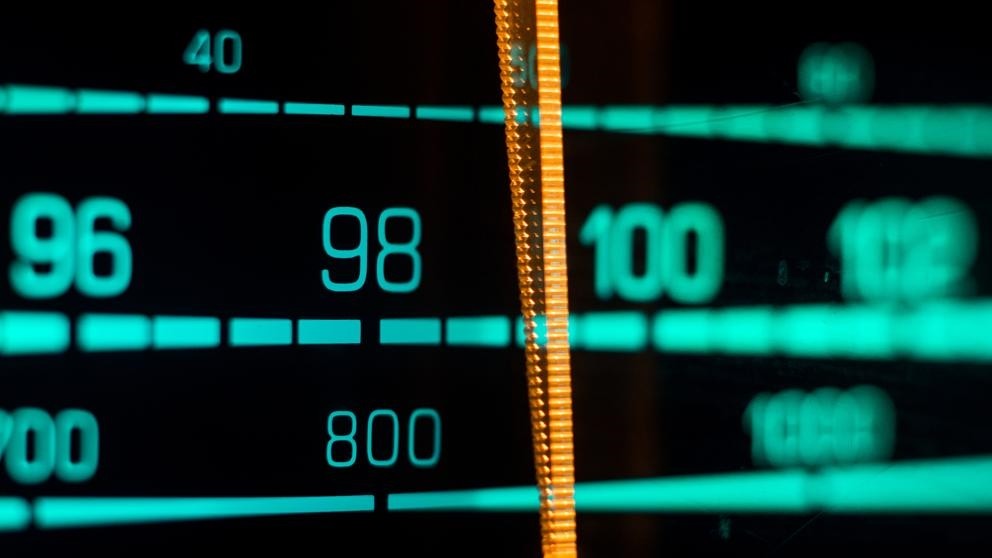 Norway today will become the first country in the world to start shutting down its FM radio network in favor of digital radio. (AFP Photo)
by Dec 13, 2017 12:00 am

Over and out. Norway on Wednesday pulled the plug on its remaining national analogue FM broadcasting system, making it the first country in the world to transit to solely digital audio broadcasting (DAB). But not everyone is happy.

Finding an FM radio signal in Norway became harder than simply fiddling with a dial Wednesday after the country shut down its nationwide FM radio network, although a few outliers will still broadcast for a few more years.

At 11:11 am (1011 GMT), the analogue FM broadcasting system for the country's northernmost counties of Troms and Finnmark was shut down, as public broadcaster NRK and other commercial broadcasters switched over to the DAB standard.

The first county shut down its services on January 11.

"This brings radio into the future," NRK broadcasting chief Thor Gjermund Eriksen said shortly before switching off the transmitter at Floya on a mountain overlooking the city of Tromso, above the Arctic Circle.

"It's an historic day for radio, the audience have a lot more channels to chose from," he told reporters.

Kenneth Andresen, who heads the commercial radio business of Modern Times Group (MTG), said the transition had been "very fast."

"Every third listener has found the new channels on DAB. That's proof the offer was needed," he added, after hitting some of the switches at Floya.

Norway's topography - with many small communities spread across mountains and valleys - was difficult to reach with FM radio, and has been cited as another reason for the switch.

NRK uses one of two nation-wide DAB networks operated in the country of 5.2 million people.

Listeners who are unable to listen to their regular programs on DAB were advised to contact the broadcasters for advice, said Line Langnes of the Norwegian Media Authority. 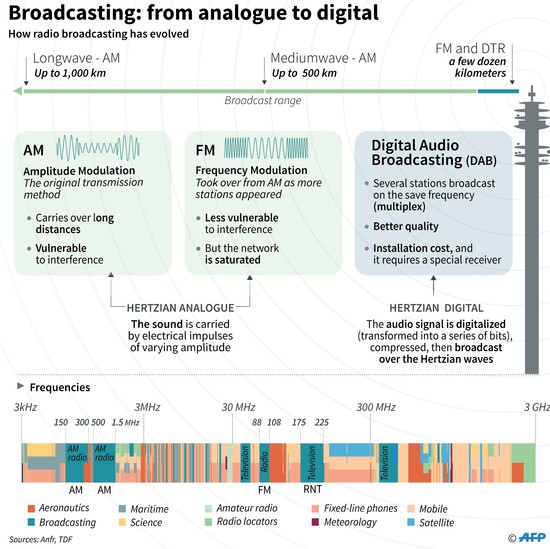 The agency is set up to ensure that people have access to a diversity of television, radio and newspapers across Norway,

Although the national FM broadcasters have now gone off the air, more than 180 local radio stations have been given permission to continue broadcasting over the FM system until the end of 2021.

The Media Authority, meanwhile, said it has issued a warning to commercial station Radio Metro in Oslo, the capital. The authority said the station "broadcasts without a permit" on the FM system in the greater Oslo region after regional commercial broadcasts were ordered off the air on December 8, a few months after NRK shutdown its broadcasts.

Norway introduced the FM system in 1954. Public broadcaster NRK began trial broadcasts with DAB in 1995. The transition to DAB radio was approved by parliament in 2011.

Protests from listeners and others have been to no avail. A former NRK freelance reporter even filed a police complaint against NRK boss Eriksen regarding the decision.

A fresh survey suggested that public broadcaster NRK had 21 per cent fewer daily listeners during the past year.

"It's not certain that we have lost listeners, but we have lost people who listen daily. If you look at how many listen per week, the drop is less," Jon Branaes, head of NRK radio told the daily Klassekampen.

He added that NRK had expected this trend.

The survey by Kantar Media suggested that the number of Norwegians who listen to the radio daily has dropped by 10 per cent in the past year.

Listeners have also been unhappy about having to buy new radios or additional equipment to use their old radios, for instance in their cars.

Another survey commissioned by Oslo daily Dagbladet suggested that only one in four Norwegians was pleased with the transition, while 60 per cent were not happy, the Ipsos survey said.

"It's an indication that the DAB transition project did not necessarily have the listeners at heart," Heidi Arnesen Austlid of the umbrella organization ICT Norway told daily Dagbladet.

NRK head Eriksen said Wednesday that he welcomed the "discussion" and the "debate".

"It would have been a far more worrying signal if there had not been any debate about the transition," he said.