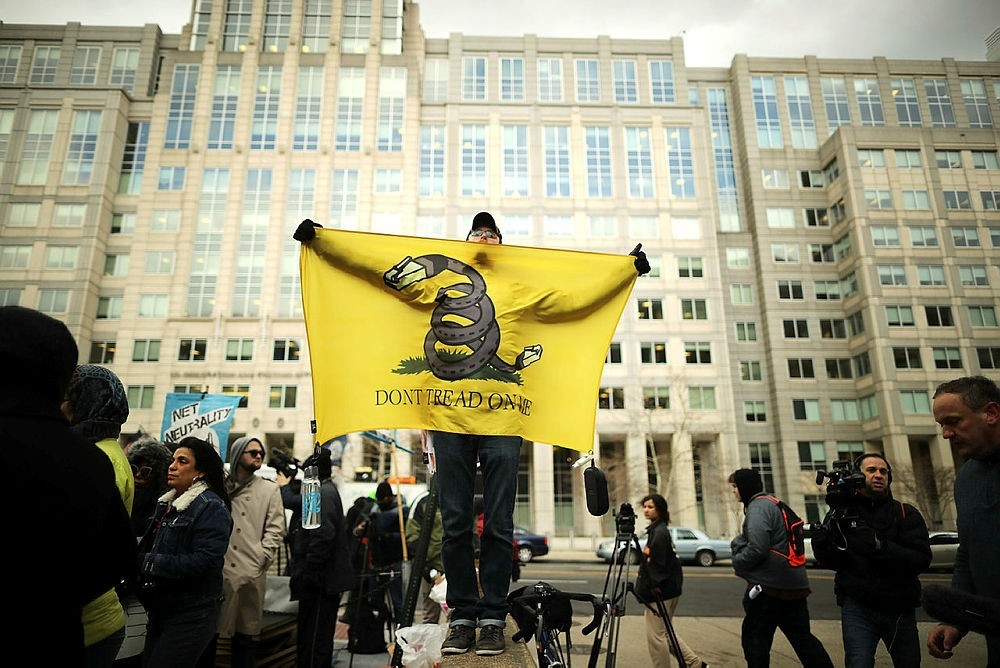 The Federal Communications Commission repealed the Obama-era "net neutrality" rules Thursday, giving internet service providers like Verizon, Comcast and AT&T a free hand to slow or block websites and apps as they see fit or charge more for faster speeds.

In a straight party-line vote of 3-2, the Republican-controlled FCC junked the long-time principle that said all web traffic must be treated equally. The move represents a radical departure from a decade of federal oversight.

The push toward eliminating the rules has touched off protests and stirred fears among consumer advocates and ordinary Americans that cable and phone companies will be able to control what people see and do online. On Thursday, about 60 demonstrators gathered in the bitter chill in Washington to protest the FCC's expected decision.

But the broadband industry has promised that the internet experience for the public isn't going to change.

The telecommunications companies lobbied hard to overturn the rules, contending they are heavy-handed and discourage investment in broadband networks.

"What is the FCC doing today?" asked FCC chairman Ajit Pai, a Republican. "Quite simply, we are restoring the light-touch framework that has governed the internet for most of its existence."

The FCC vote is unlikely to be the last word. Opponents of the move plan legal challenges, with New York's attorney general vowing to lead a multi-state lawsuit, and some hope to make it an issue in the 2018 midterm elections. There is also some hope that Congress might overturn the FCC decision.

Mark Stanley, a spokesman for the civil liberties organization Demand Progress, said there is a "good chance" Congress could reverse it.

"The fact that Chairman Pai went through with this, a policy that is so unpopular, is somewhat shocking," he said. "Unfortunately, not surprising."

The FCC subscribed to the principle of net neutrality for about a decade and enshrined it in rules adopted in 2015.

Under the new rules approved Thursday, the Comcasts and AT&Ts of the world will be free to block rival apps, slow down competing services or offer faster speeds to companies that pay up. They just have to post their policies online or tell the FCC.

AT&T and other big internet service providers welcomed the decision. AT&T senior executive vice president Bob Quinn said in a blog post that the internet "will continue to work tomorrow just as it always has." Quinn said the company won't block websites and won't throttle or degrade online traffic based on content.

FCC Commissioner Mignon Clyburn, a Democrat appointed by President Barack Obama, lambasted the "preordained outcome" of the vote that she said hurts small and large businesses and ordinary people. She said the end of net neutrality hands over the keys to the internet to a "handful of multibillion-dollar corporations."

With their vote, she added, the FCC's Republican commissioners are abandoning the pledge they took to make a rapid, efficient communications service available to all people in the U.S., without discrimination.

But Michael O'Rielly, a Republican commissioner appointed by Obama, called the FCC's approach a "well-reasoned and soundly justified order."

The internet, he said, "has functioned without net neutrality rules for far longer than it has with them." The decision "will not break the internet."

New York Attorney General Eric Schneiderman, a Democrat, has been investigating what appears to be large numbers of fake public comments submitted to the FCC during the net neutrality comment process. Schneiderman said 2 million comments were submitted under stolen identities, including those of children and dead people.