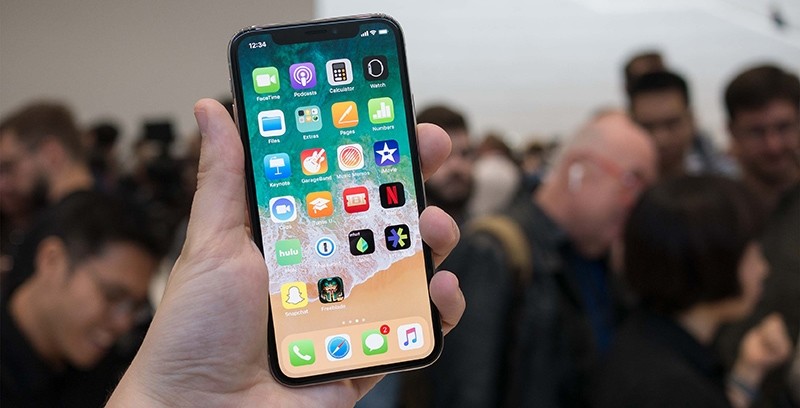 Shares in several of Apple Inc's Asian suppliers fell for a second straight day on Tuesday, hurt by a report from Taiwan's Economic Daily and some analysts saying that iPhone X demand could come in below expectations in the first quarter.

Apple will slash its sales forecast for the iPhone X in the quarter to 30 million units, the Taiwanese newspaper said on Monday, citing unidentified sources — down from what it said was an initial plan of 50 million units.

Apple has not publicly disclosed quarterly sales targets for the iPhone X, which went on sale in November.

Some analysts have also flagged disappointing demand. U.S.-based JL Warren Capital is predicting shipments of just 25 million units as consumers baulk at the "high price point and a lack of interesting innovations".

But others were more bullish.

"Our work continues to suggest the March and June quarters will have a significant amount of iPhone X make-up shipments," Chicago-based Loop Capital said in a note last week, forecasting shipments of 40-45 million units in the first quarter of 2018, up from an estimated 30-35 million units in the current quarter.

Analysts at Jefferies have also forecast around 40 million iPhone X sales for the first quarter.

An Apple spokeswoman said the company does not comment on market rumors. During a trip to China this month Apple CEO Tim Cook said he "couldn't be happier" with the demand for the iPhone X in the country.

Apple suppliers that were most hit from the news included Genius Electronic Optical Co Ltd which dropped 2.4 percent on Tuesday to take its losses this week to 11.4 percent. Pegatron Corp also fell on both days, losing 3.2 percent this week.

But falls for Foxconn, one of Apple's main suppliers formally known as Hon Hai Precision Industry Co Ltd, were milder and it has lost only 1.8 percent over the two days.

A Reuters analysis of Chinese social media shows that interest in the iPhone X — which spiked around its launch — has not kept pace with the highly popular iPhone 6 released in 2014, which helped then drive massive sales for Apple in China.

There were only 4.97 million Weibo posts mentioning the iPhone X so far in December compared to over 11 million for the iPhone 6 in the equivalent period in 2014, the analysis showed.

Apple's stock has risen over 50 percent in 2017 and is currently valued at just under $900 billion.