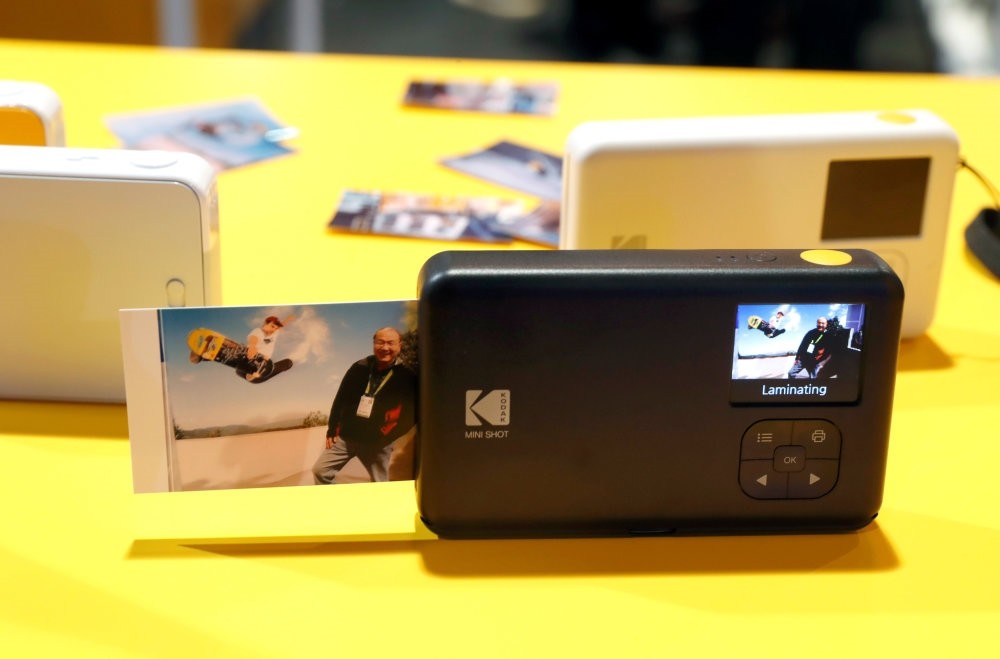 The US firm said it is teaming up with London-based Wenn Media Group to carry out the initial coin offering (ICO), as part of a blockchain-based initiative to help photographers control their image rights

Kodak, which traces its roots to the early days of film-based photography, is getting into the digital licensing and cryptocurrency market as part of a partnership with WENN Digital/ according to AP. The companies are launching blockchain technology with KodakOne and KodakCoin. Blockchain is a ledger where transactions of digital currencies, like bitcoin, are recorded. Rochester, New York-based Kodak, founded in 1880, is the latest company to enter the cryptocurrency market as Bitcoin makes gains.

Bitcoin traded has surged from less than $1,000 a year ago to more than $14,000. Recently, Long Island Iced Tea Corp. said it plans to change its name to Long Blockchain Corp., as it wants to focus more on blockchain technology, while continuing to make beverages. The Kodak systems will allow photographers to register work that they can license and then receive payment. The initial coin offering will open Jan. 31. Shares of Eastman Kodak Co. surged 42 percent to $4.40 in afternoon trading. The stock has been slumping over the last year, shedding more than 70 percent of its value.

"Engaging with a new platform, it is critical photographers know their work and their income is handled securely and with trust, which is exactly what we did with KODAKCoin," said CEO Jeff Clarke. Kodak and others are entering the market as warnings grow over the riskiness of virtual currencies and the potential for a bubble. There are no regulations over the creation and use of virtual currencies and the nature of the transactions make them hard to trace.

Meanwhile, Japan has a new all-girl "idol" band -the Virtual Currency Girls - on a mission to educate the public about bitcoin and other cryptocurrencies, according to AFP. Each of the eight girls in the band, known in Japanese as "Kasotsuka Shojo", plays a character representing a virtual currency such as bitcoin, ethereum or ripple. Promotional material shows the performers wearing character masks, frilly mini-skirts and "maid" aprons complete with knee-high socks. The Virtual Currency Girls are due to hold their debut live concert in Tokyo on Friday, according to their management company Cinderella Academy. In keeping with the theme, payment for merchandise will be accepted only in virtual currencies.

"We want to promote the idea through entertainment that virtual currencies are not just a tool for speculation but are a wonderful technology that will shape the future," said the group's leader Rara Naruse, 18, in an online statement. In their debut song, "The Moon and Virtual Currencies and Me", they warn against fraudulent operators and urge people to make sure of their online security. The group is tapping into a rich seam in Japan, where bitcoin is recognised as legal tender. Nearly one-third of global bitcoin transactions in December were denominated in yen, according to specialised website jpbitcoin.com. The group's launch comes on the heels of a recent market frenzy which boosted bitcoin up to nearly $20,000.