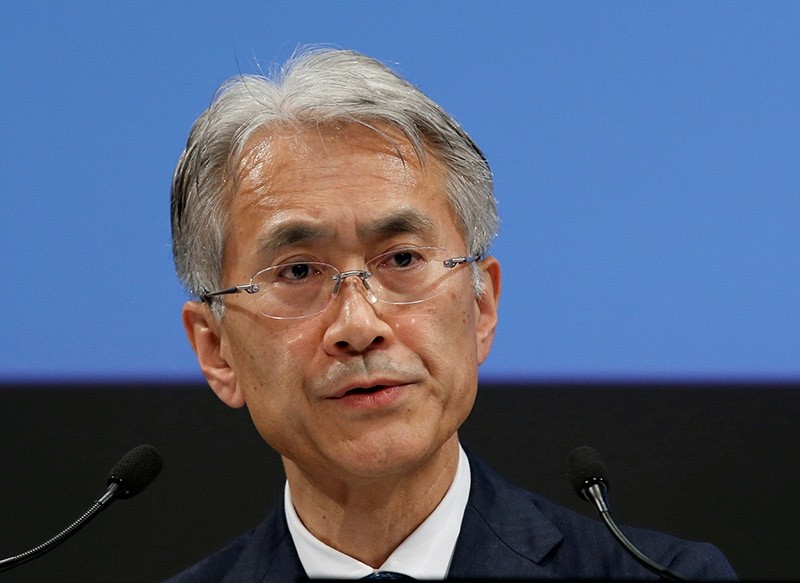 Sony chief executive Kazuo Hirai, who led a major and successful overhaul at the Japanese electronics giant, will step down at the end of March, the firm said Friday.

Hirai will become Sony chairman, filling a post that has been empty since June 2012, and will be replaced by the company's current chief financial officer Kenichiro Yoshida on April 1.

"As the company approaches a crucial juncture, when we will embark on a new mid-range plan, I consider this to be the ideal time to pass the baton of leadership to new management, for the future of Sony and also for myself to embark on a new chapter in my life," Hirai said in a statement.

Sony said Hirai had approached the board seeking to step down.

The 57-year-old company veteran was tapped in April 2012 to head up an overhaul of the once-iconic company, which was then suffering from huge losses largely tied to a hard-hit consumer electronics business.

He said he was "very proud" of the company's current financial health.

"And it excites me to hear more and more people enthuse that Sony is back again," he added.

Hirai praised his successor as the "ideal person" to lead Sony going forward, saying the pair had worked closely together since 2013.

In October, Sony said its net profit for the quarter to September was more than 27 times higher than a year earlier, while revenue expanded by 22 percent.

The results marked a comeback for the electronics and entertainment giant, which has struggled with huge losses in recent years.

To try to stop the bleeding, Sony has cut thousands of jobs and sold assets, including its Vaio laptop unit and a US headquarters in Manhattan.

Sony took a nearly $1 billion writedown at its movie unit in 2016 following several box office disappointments, including the reboot of the '80s classic "Ghostbusters" with an all-female cast and "Inferno", a sequel to "The Da Vinci Code".

Last month, it unveiled a new version of its robot dog "aibo" to much media fanfare.

The company will post its latest financial results later Friday.