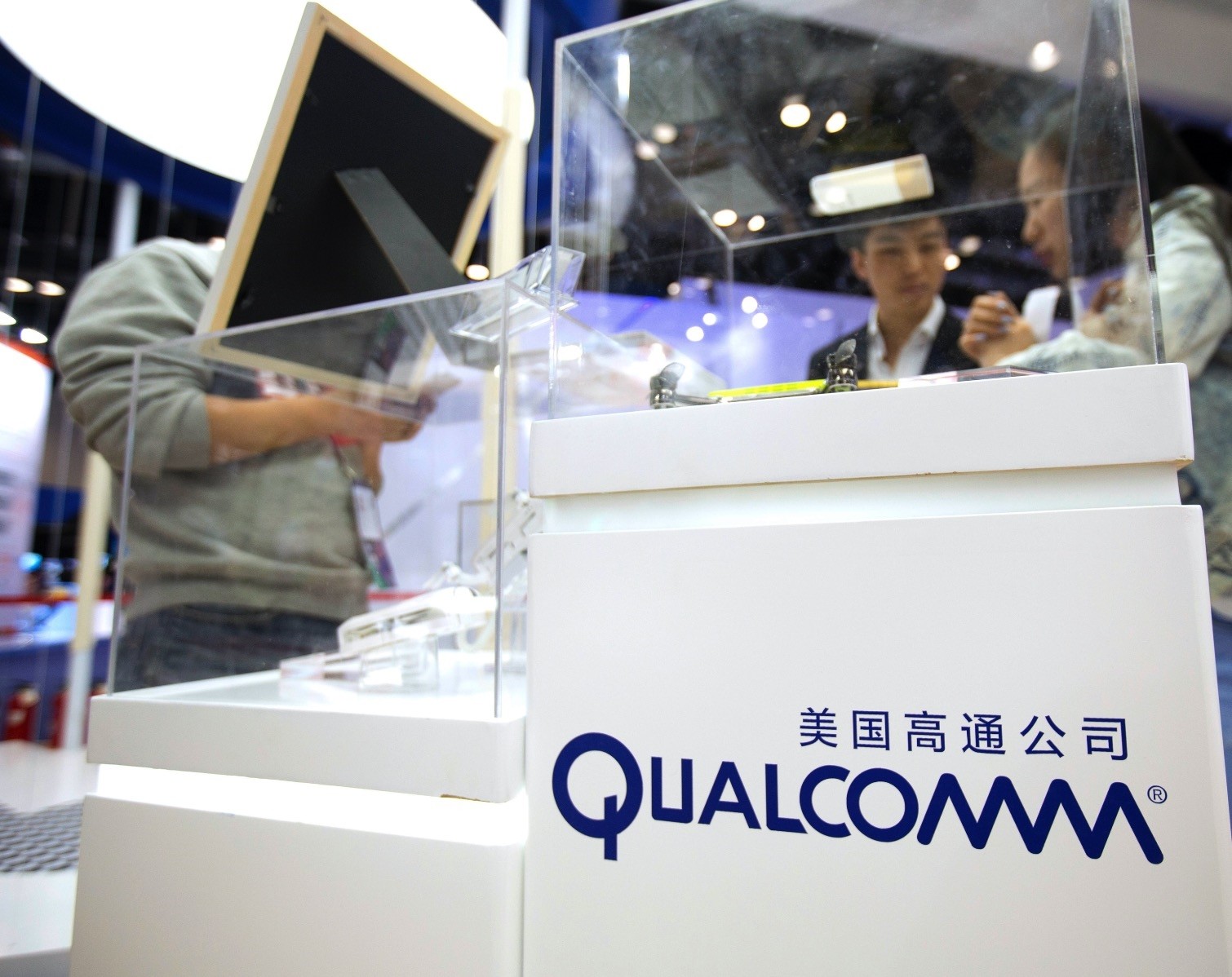 Visitors look at a display booth for Qualcomm at the Global Mobile Internet Conference in Beijing.
by Feb 10, 2018 12:00 am

Qualcomm rejected a record $121 billion hostile bid from computer chip rival Broadcom but offered to meet with the Singapore-based firm to discuss the recently increased offer. The California-based group said in a letter to Broadcom that the latest offer unveiled earlier this week "materially undervalues Qualcomm" and does not take into account the possibility of a failure to win regulatory approval. The letter from Qualcomm Chairman Paul Jacobs to Broadcom Chief Executive Hock Tan, however, opened the door to talks to discuss "the significant issues that remain unaddressed" in the hostile proposal. The move comes three days after Broadcom boosted its offer to $82 a share to create a global giant in the chipmaking sector, a deal worth some $146 billion including assumed debt.

Jacobs said the offer "raises more questions than it answers" and also fails to address the planned takeover by Qualcomm - the dominant producer of chips for mobile devices - of Dutch manufacturer NXP. "What is the true highest price at which you would be prepared to acquire Qualcomm? Is it $82 per share or is it higher?" Jacobs said. The letter said the bid "ascribes no value" to NXP or to Qualcomm's plans to roll out new devices for the fifth generation of wireless networks known as 5G.

Broadcom made its first offer on Nov. 6 following a visit by its CEO to the White House where he met President Donald Trump and announced plans to move the tech company back to the U.S. from Singapore. If completed, the deal would be the largest-ever in the tech sector and create a powerful player in the booming sector fueled by growth in smartphones and an array of connected devices from cars to wearables. Any merger deal would need to pass muster with regulators in the U.S. and other markets. Broadcom, which has begun a process to reincorporate in the U.S., called its sweetened bid on Monday its "best and final offer."

The rich offer puts pressure on Qualcomm, which is set to hold its annual shareholders meeting next month. In a letter to Qualcomm board members this week, Tan called the offer "extremely compelling compared to any other alternative available to Qualcomm" and called on the board to open talks on the proposal. But he said the deal would be off the table if it fails to win shareholder approval. In December, Qualcomm CEO Steve Mollenkopf argued there was "no real path to value" with Broadcom.