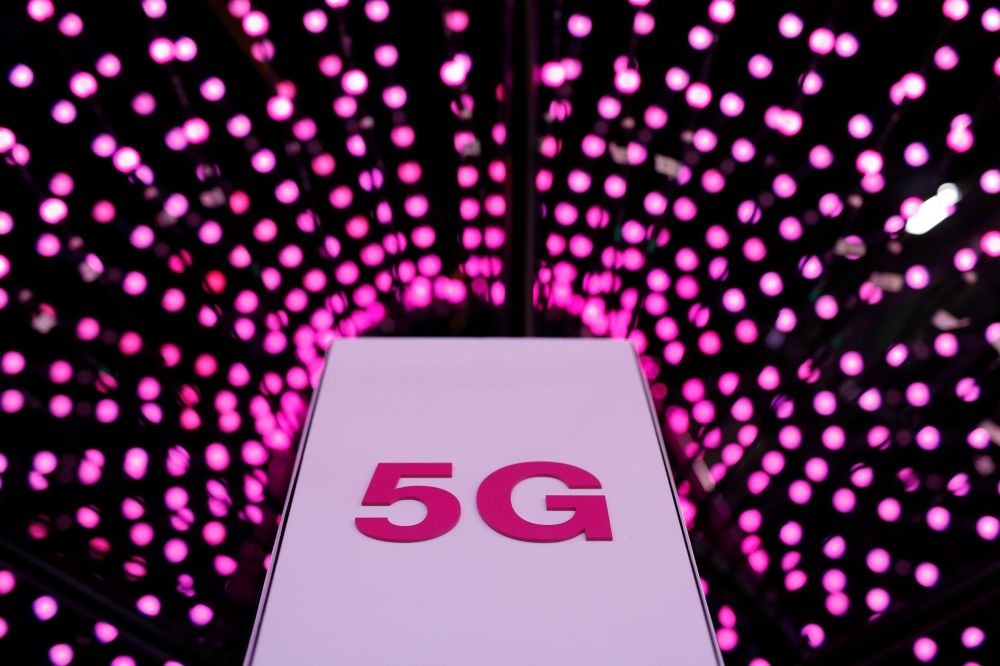 A 5G antenna at the Deutsche Telekom stand on the first day of the Mobile World Congress, Barcelona.
by French Press Agency - AFP
Feb 28, 2018 12:00 am

Blazing fast 5G wireless networks promise to unlock the potential of internet connected devices, or the Internet of Things - making driverless cars and talking fridges a reality. With most European operators targeting 2020 for its rollout, 5G is the term on everyone's lips at the Mobile World Congress in Barcelona. At the event this year, companies were full of concrete announcements of early versions of 5G uses. The first commercial 5G roll-outs begin this year and next in the U.S., Korea and Japan, and the wireless industry is counting on the new technology to trigger a wave of growth in equipment sales and mobile services.

China's Huawei unveiled in Barcelona what it said is the world's first commercial chipset that meets the standards of 5G wireless networks, which are better suited for virtual reality and high definition video. KT Corp, South Korea's largest telecommunication firm which exhibited several 5G services at the Pyeongchang Winter Games, displayed at the congress what it claimed was the world's first 5G tablet. The telecommunication industry only agreed to the first common 5G standards in December and analysts cautioned that the development of the network still has a long way to go. Much of what is being billed as 5G in fact "resembles more LTE++," or an improved version of the existing 4G network in use in most developed nations, said Carole Manero, director of studies at IDATE, a French think tank on the digital economy. "There is a lot of marketing use of 5G," she added.

The next common 5G standards will only be announced later this year so "what is being proposed now is just a first version, many evolutions will follow, as was the case with 4G," said BMI Research analyst Dexter Thillien.

Tech firms are spending heavily to develop products that take advantage of the network's possibilities.

"We are investing heavily in 5G, nearly $600 million per year in research and development," said Huawei executive director and president of products and solutions Ryan Ding. Telecoms operators are also investing heavily to develop 5G networks for fear of falling behind their competitors. 5G will account for 14 percent of global wireless connections by 2025, according to GSMA, the global mobile operators association. Deutsche Telekom CEO Timotheus Hoettges has estimated the cost of providing 5G networks in Europe alone will be 300 to 500 billion euros. The telecoms industry will invest $275 billion in the U.S. to develop 5G networks there, Sprint chief executive Marcelo Claure said Monday at the mobile congress in Barcelona. While the European Union wants European companies to start offering 5G in 2020, spending to develop the network has been lower than in Asia or the U.S.

"The timescales vary widely on a country by country basis but the U.S. and China are the most likely winners to be the first" in 5G deployment, Nokia chief executive Rajeev Suri said. He said he still believed some European operators would start to move up to 5G next year. In Europe telecoms firms are focusing their 5G efforts on business uses instead of by the general public as in other regions. European operators are more cautious because the move to 4G by consumers was lower in Europe than elsewhere, said Thillien of BMI Research. "European operators know that demand will be low by the public. They were burned by 4G and see that European consumers are more skeptical," he added.