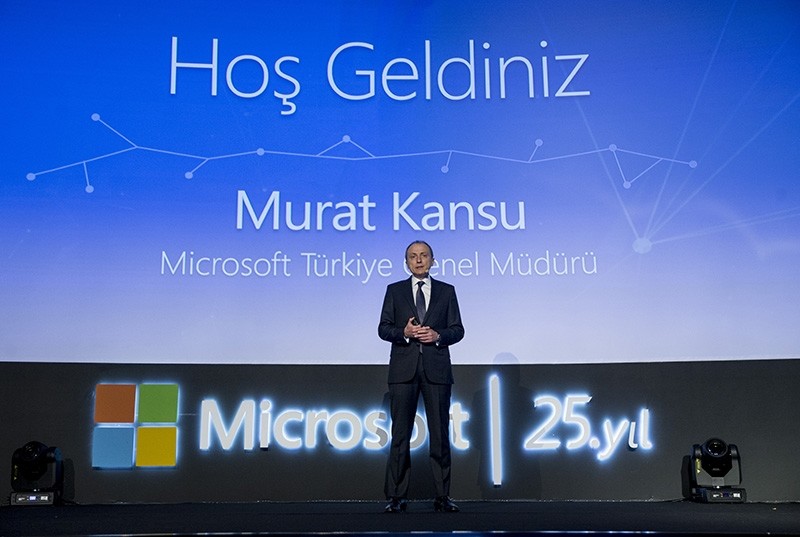 Microsoft is determined to spread the use of cloud computing in Turkey, where a digital transformation has already begun in several sectors of the economy, said the tech giant's senior executive in the country.

"We give the highest priority to cloud computing due to the advancing technology. We believe that cloud computing is the technology of the future," Murat Kansu, the head of Microsoft Turkey, told Anadolu Agency on Wednesday.

"Microsoft is one of the leading companies in cloud computing, and we're doing our best to make it widespread in Turkey."

Kansu said that for 25 years now the tech company has been trying to raise awareness among Turkish public and private institutions of the benefits of digital technology and software.

Cloud computing, in which users rely on remote, shared resources rather than local servers or devices, ensures a "great democratization" and is "very useful," he said, as it enables companies anywhere -- including those in Turkey -- to use the same technologies as in more developed countries.

"It provides great equality. It's also critical for us to go further," he said.

Kansu said the development of cloud computing will also add to the importance of cybersecurity.

"With the development of cloud computing, cybersecurity will become more important since our customers' data is under our protection," he added.

He said Microsoft has allocated more than $1 billion for cybersecurity research and development.

"Microsoft sees security as the first priority, and everything else fall under this main principle," he added.

"We have a structure and departments that develop measures against this. One of the most important features of cloud computing is making our customers feel safe," he said.

He said it is not important where the data is being kept but who is keeping it.

"Microsoft is one of the few companies in the world that provides this trustworthy environment."

Kansu said a digital transformation has started in several sectors in Turkey such as the media, music and travel, adding: "We're heading in the right direction, but we need to do more."

"It's important not to fear new technologies. I believe it's critical to use technologies like cloud computing."

Instead of always using traditional technologies, Turkey should be an "innovator" and support the development of new technologies, he said.

Kansu also said Microsoft is a leading company in artificial intelligence and is making a "huge" investment in it.

"In our view, artificial intelligence helps people," he added.

Though many people have warned of the dangers of artificial intelligence, including Tesla mogul Elon Musk, Kansu said: "I'm not pessimistic; I think it will be benefit humanity."