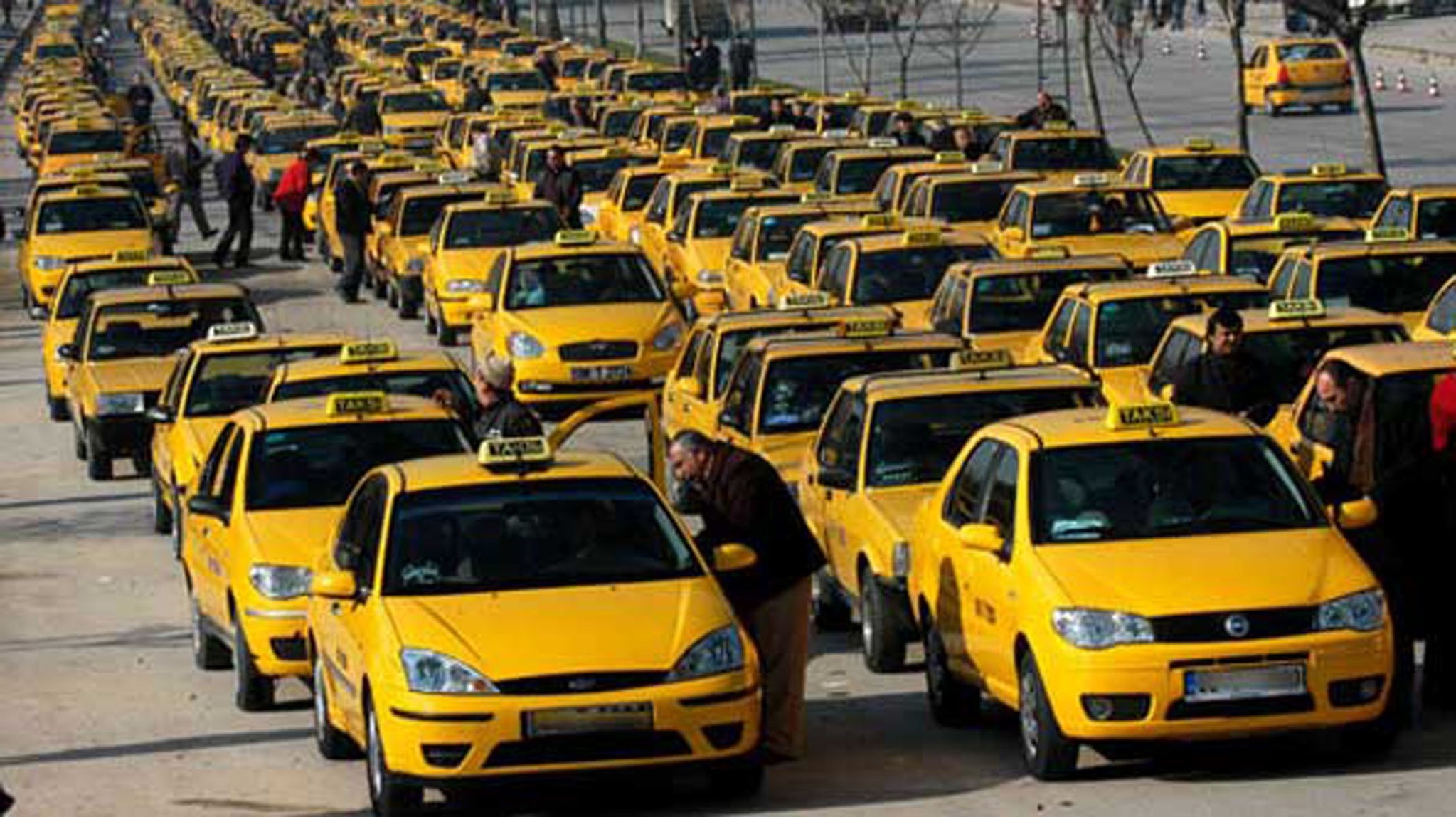 The Istanbul Metropolitan Municipality has launched the iTaksi system with the relevant institutions in response to U.S.-based ride-hailing app service Uber, the Istanbul Mayor Mevlüt Uysal said, adding that the system is currently installed in 5,000 cabs in the city.

Uber has recently been exposed to violent protests by taxi drivers around the world, including Turkish taxi drivers. The public has seen the escalation of tension between Istanbul taxi and Uber drivers, who cabbies have attacked in most of the cities it operates in.

Uysal said the Uber issue cannot be solved with violence, and that the only way to solve it is to develop a similar local system.

The mayor indicated that the municipality was using local products in many of its units and that a great job falls to industrialists for more domestic products to be used.

He also said that production of local products and their usage would decrease external dependence and bring an increase in industry and trade.

The iTaksi app was developed by Turkish engineers as part of the Istanbul Metropolitan Municipality's Directorate of Transportation's strategic plan, which aims to mainstream all types of smart transportation systems with domestic sources. The app monitors, navigates and coordinates taxi stands and ensures the security of drivers and passengers. It also sets the shortest and most economical route to the destination.

Expecting the app to be used more in the near future, taxi drivers see it as an opportunity to increase their competitiveness against Uber with support from officials.

"Uber is actually the same system. Both passengers and drivers are local, but the system has to comply with decisions made by others. The metropolitan municipality has made a local version, iTaksi. In fact, it is the same system, but for one of them, a decision has been made by some people in New York in the U.S., while decisions for the other are being made by a relevant team formed in our country," Uysal said.

He again stressed the importance of the use of domestic products, saying that Uber actually means comfort, and that it means that customers and drivers have confidence in one other. Uysal also said they should not stay away from this comfort, but that while experiencing this comfort, local taxi drivers and their customers should not fight because of a decision from a person living abroad.

The Istanbul Metropolitan Municipality made a statement late Wednesday regarding the statements from the mayor, indicating that his speech was interpreted in the press with different meanings.

The statement said Uysal was not talking about a use of any company, but that he was speaking of a mobile taxi app and the comfort of customers' easy access to taxis.

"With this, the approach of our institution regarding the iTaksi mobile app that we, ther İBB, put into use last year can be seen clearly. The İBB stands by all taxi drivers who serve legally in our city with the iTaksi app," the municipality statement said.

Istanbul taxi drivers have taken Uber to court, accusing it of endangering their livelihoods in a case that could crimp its business in Europe's largest city.

In their suit, cabbies accuse Uber of running an unlicensed taxi service in Turkey and want the app banned. The next hearing is scheduled for June.