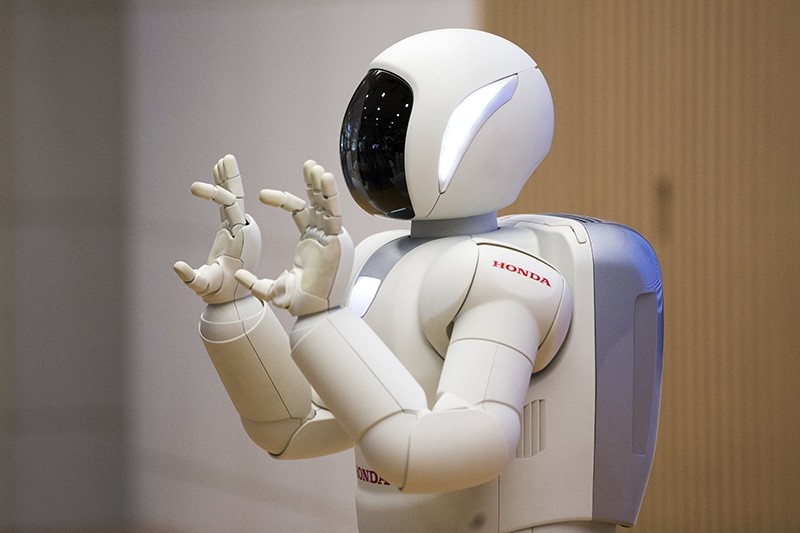 The robot Asimo of Japanese company Honda gestures during a demonstration for Swiss Federal President Alain Berset, during his three day official visit to Japan, in Tokyo, Japan, April 13, 2018. (EPA Photo)
by daily sabah Apr 13, 2018 12:00 am

More than 150 experts in robotics, artificial intelligence, ethics, law and medical science sent an open letter to the Commission, warning against approving a proposal that would grant legal status to autonomous robots.

"Creating a legal status of electronic 'person' would be ideological and nonsensical and non-pragmatic," experts wrote, saying ramifications of such an action would go against the EU's charter of human rights.

European Parliament approved the proposal in a resolution last year, as the bloc looks toward major technological advances in the near future.

While the resolution states robots should serve humanity and not be used to cause harm, experts warn granting autonomous technology rights is a step in the wrong direction.

"From an ethical and legal perspective, creating a legal personality for a robot is inappropriate," the experts said.

For one, granting legal status would require granting "the right to remuneration or the right to citizenship," a potential violation to the Charter of Fundamental Rights of the European Union and the Convention for the Protection of Human Rights and Fundamental Freedoms, the letter said.

Experts suggested lawmakers have a perception of robots "distorted by science fiction and a few recent sensational press announcements."

As it strives for innovative robotic and artificial intelligence technology, Europe should continually consider the "societal, psychological and ethical impacts" of these advancements, the experts caution.

"The benefit to all humanity should preside over the framework for EU civil law rules in robotics and artificial intelligence," the letter said.