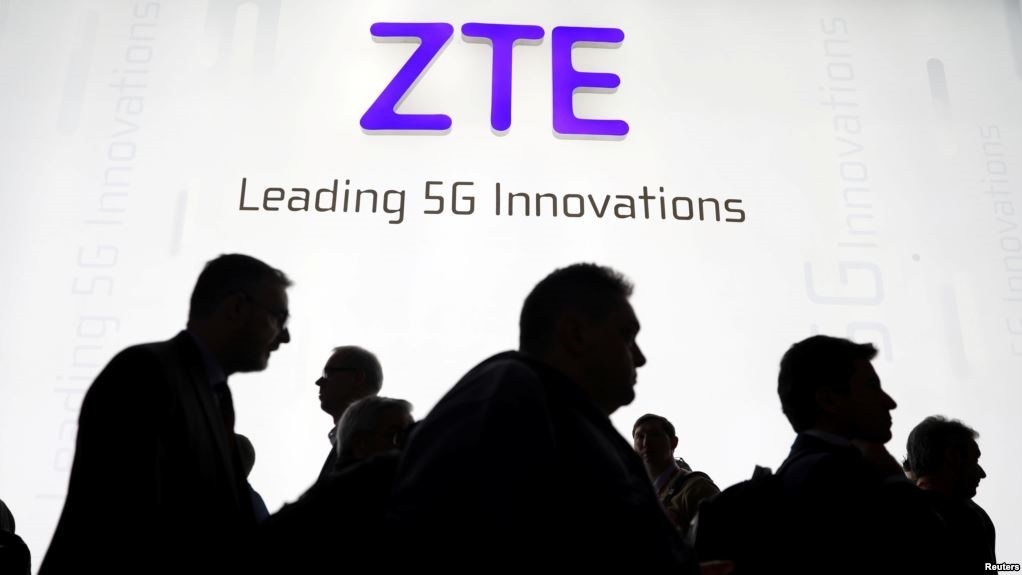 Visitors pass in front of the Chinese telecoms equipment group ZTE Corp booth at the Mobile World Congress in Barcelona.
by Apr 18, 2018 12:00 am

The action comes at a time when the two countries have threatened each other with billions of dollars in tariffs, fanning worries of a full blown trade war that threatens global supply chains

The United States has banned American firms from selling parts to China's ZTE Corp for seven years, a potentially devastating move for the telecoms equipment maker and exacerbating tensions between the world's two largest economies. The action, first reported by Reuters, comes at a time when the two countries have threatened each other with tens of billions of dollars in tariffs in recent weeks, fanning worries of a full blown trade war that threatens global supply chains as well as business investment plans. The U.S. Commerce Department imposed the ban after ZTE violated an agreement on punishing employees that was reached after it was caught illegally shipping U.S. goods to Iran. China responded swiftly, warning it is prepared to take action to protect the interests of Chinese firms and saying it hopes the United States can deal with the issue in accordance with the law.

The U.S. action could be catastrophic for ZTE since American companies are estimated to provide 25 percent to 30 percent of the components used in ZTE's equipment, which includes smartphones and gear to build telecommunications networks.

"If the issue cannot be solved smoothly and immediately, we think that ZTE will face tremendous disaster and would be forced to scale back on its smartphone business, not only in the U.S., but also in other markets," said Strategy Analytics analyst Woody Oh.

ZTE, whose Hong Kong and Shenzhen shares were suspended from trade yesterday, said in a statement it was assessing the implications of the U.S. decision and was communicating with "relevant parties". The company has set up a crisis management group in response to the ban, said a ZTE source.

Worth some $20 billion as of Monday's close, ZTE is China's second-largest telecom equipment maker after Huawei Technologies Co Ltd and the fourth biggest seller of smartphones in the United States. In 2017, it derived 59 percent of revenue from its network business and 32 percent from its consumer business.

"If the company is not able to resolve it, they may very well be put out of business by this. Many banks and companies even outside the U.S. are not going to want to deal with them," said Eric Hirschhorn, a former U.S. undersecretary of commerce who was heavily involved in the case.

The Chinese company paid $890 million in fines and penalties after it pleaded guilty last year to conspiring to violate U.S. sanctions by illegally shipping U.S. goods to Iran. As part of the agreement, Shenzhen-based ZTE promised to dismiss four senior employees and discipline 35 others by either reducing their bonuses or reprimanding them, senior U.S. officials told Reuters. But the Chinese company admitted in March that while it had fired the four senior employees, it had not disciplined or reduced bonuses to the 35 others. Under terms of the ban, U.S. companies cannot export prohibited goods, such as chip sets, directly to ZTE or via another country, beginning immediately. Piling further pressure on ZTE, Britain's main cyber security agency said on Monday it has written to organizations in the UK's telecommunications sector warning about using services or equipment from ZTE.