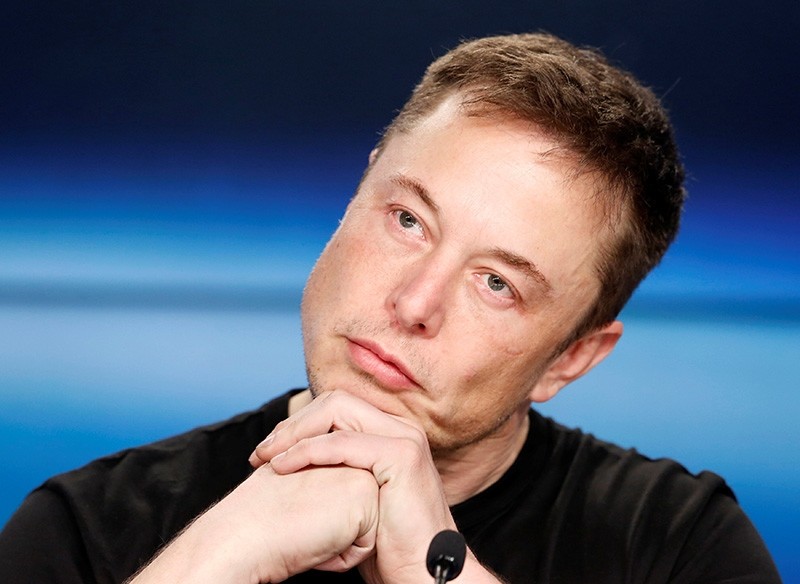 Tesla tore through $745.3 million in cash in the quarter, due largely to the slow production ramp-up of the Model 3 mass-market electric sedan.

"These questions are so dry. They're killing me," Musk said Wednesday in a conference call, after an analyst asked what percentage of Tesla 3 reservation holders have started to configure options for their cars, an indicator of how much profit Tesla will be able to wring from the vehicles. Another analyst asked about a capital requirement before being cut off.

"Excuse me. Next. Next," Musk said. "Boring, bonehead questions are not cool. Next?"

He then took several questions in a row about plans for a self-driving car network and other long-term projects from the host of a YouTube channel focused on investing, praising the questions as not boring.

Near the end of the call, Robert W. Baird & Co. analyst Ben Kallo suggested Musk boost the company's stock by providing more updates on the progress of the Model 3.

"I think that if people are concerned about volatility, they should definitely not buy our stock. I'm not here to convince you to buy our stock. Do not buy it if volatility is scary. There you go," Musk responded brusquely.

True to form, Tesla's stocks responded poorly to the bizarre conference call, falling 8.6 percent to $277.56 as of noon Thursday in New York.

"The general sentiment was that the defensiveness spoke volumes," he added in an analyst note.

Tesla began the quarter with $3.96 billion in cash and equivalents, but that fell to $3.22 billion by quarter's end.

The company said in April that it won't need more capital this year as it generates added cash as production and sales of the Model 3 grow.

But Model 3 production still isn't near the level of 5,000 per week that Musk promised last year. That's also the level needed for Tesla to make money.

Problems with building Model 3s at a plant in Fremont, California, got so bad during the quarter that Musk has tweeted he's sleeping at the factory, automation is overrated and more humans are needed to build the cars.

Tesla posted a record $709.6 million net loss in the first quarter, which amounts to a loss of $4.19 per share. Excluding one-time expenses such as stock-based compensation, the company lost $3.35 per share. Revenue grew by 26 percent from a year ago to $3.4 billion.

The giant loss in a critical quarter for the 15-year-old company beat Wall Street estimates. Analysts polled by FactSet expected an adjusted loss of $3.54 per share. Revenue exceeded estimates of $3.28 billion.

During the quarter the company burned cash at a rate of $57 million per week.

Shares in Tesla, which is based in Palo Alto, California, fell more than 4 percent in after-hours trading after the earnings report.

Moody's Investor Service downgraded Tesla's debt into junk territory back in March, warning at the time that Tesla didn't have cash to cover $3.7 billion for normal operations, capital expenses and debt that come due early next year. At the end of last year the company had a total of $9.5 billion in long-term debt.

Tesla Inc. has had only two profitable quarters in its nearly eight years as a public company.

The company said it will reduce capital spending for 2018 from $3.4 billion to $3 billion and said it can be cut further based on the cash it generates.

But that could slow future product development. "We wonder what spending is deferred and for how long," CFRA analyst Efraim Levy wrote in a note to investors.

The Model 3 is the most important piece of Tesla's plan to become a mainstream automaker. At one point it had more than 500,000 potential buyers on a waiting list.

Net reservations, including configured orders that had not been delivered, "continued to exceed 450,000" at the end of the first quarter, the company said.