Get ready to walk SpotMini, the robot dog 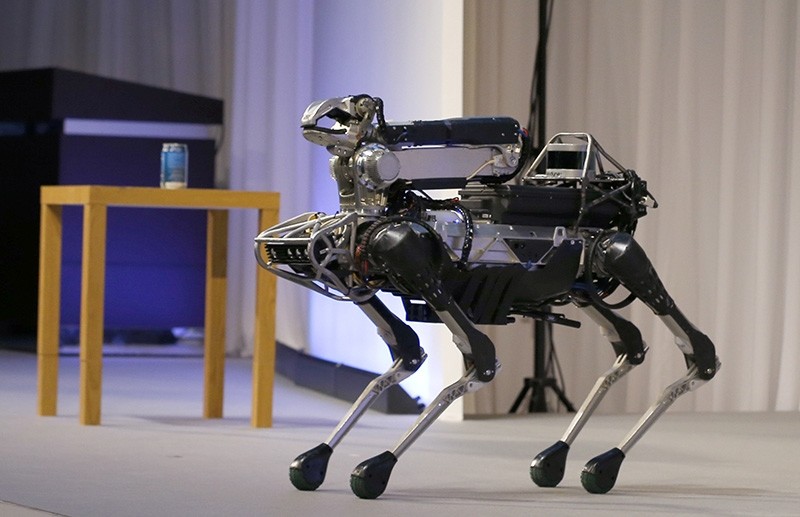 Boston Dynamics' robot dog SpotMini will soon be available for purchase, the company announced Friday, after improving the bot to roll over, walk by itself and even open doors.

The company will start selling the dog-like robots in 2019, likely to businesses for use as a camera-equipped security guard. Their sales price has not yet been revealed.

The first version of SpotMini walked, rolled over and could even place objects in a dishwasher. Since then, it has been improved to jog, jump and autonomously navigate all kinds of terrain.

Taking my new dog for a walk at the #MARS2018 conference. #BostonDynamics pic.twitter.com/vE6CXrvV3o

According to a new video explaining the robot's autonomous navigation, SpotMini captures views of its surroundings while it is being manually driven by its operator. It can then be unleashed to walk the route by itself, in the same way self-driving cars are first programmed with their bearings. Stereo cameras, placed next to each other like human eyes, give the robot more visual resolution than most of its counterparts, allowing it to better navigate its environment.

SpotMini is not the only agile bot to impress robo-aficionados. Boston Dynamics also recently released a video of a two-legged robot that successfully does backflips.

Founded in 1992, the company rarely reveals its plans except by posting YouTube videos that have impressed and terrified people.