MyGini to teach loyalty to banks in US 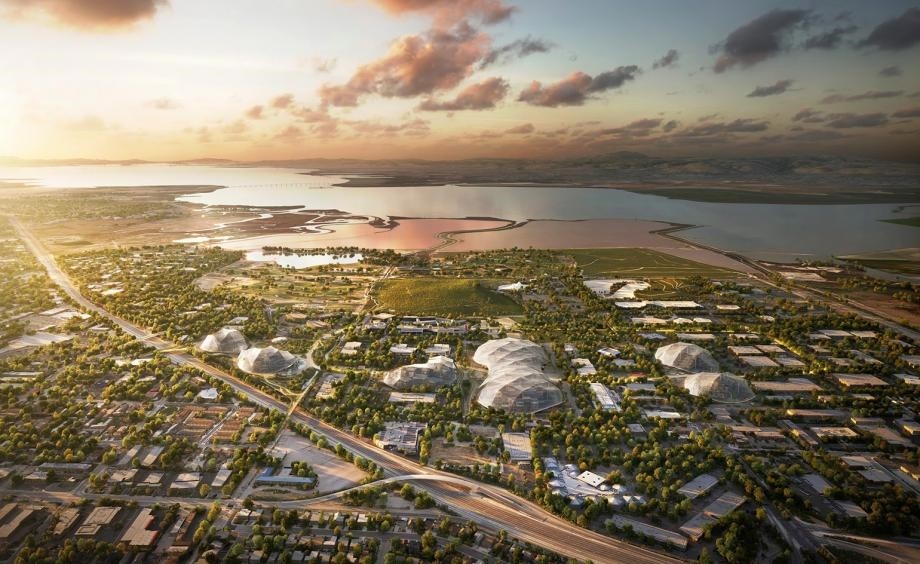 In the world of start-ups and tech enterprises, the common misconception is that most entrepreneurs are either university students or young graduates. Mehmet Sezgin, credited with the concept of the Garanti Payment Systems and Bonus Card, is challenging that idea.

However, the perception that only the millennials are undertaking technological ventures is not without its reason. The U.S. loves pushing young internet and technology entrepreneur stories, like that of Twitter's Jack Dorsey or Facebook's Mark Zuckerberg.

In fact, this has inspired many young people, university and even high school students to become entrepreneurs. When former U.S. President Barack Obama managed a panel of 700 global entrepreneurs at the 2016 Global Entrepreneurship Summit, Zuckerberg was shown as the model entrepreneur, a pioneer and an example for younger entrepreneurs. And it is not just the U.S., but people around the world love stories of young entrepreneurs who have succeeded out of the family garage.

The figures, however, show that this perception might not be entirely true. According to the Kauffman Foundation, three-quarters of all new entrepreneurs in 2014 were between the ages of 35 and 64, and most were over 45. This indicates that the chances of success for entrepreneurs over 40 and 50 are high.

In Turkey, there are not many examples like Mehmet Sezgin, who played a big role in the success of Turkey's customer loyalty card, bonus.

After his success in Turkey, he became a manager at the global banking giant BBVA before moving to San Francisco last year. Currently, he is working on a payment system project called MyGini. Speaking with him at his new office, Sezgin talked about the goals and experiences of the new venture. 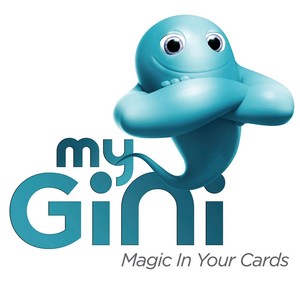 Asked if he wished he had come to San Francisco earlier, Sezgin said: "I ask myself that question from time to time," he said. "But once you get into it, you see that experience is a key advantage in terms of making fewer mistakes and having a strong network of people. Besides, even though the youth is said to lead the way, an MIT research revealed that entrepreneurs aged 42 to 44 are more successful. I am over 50," he added, smiling. "Actually, you sometimes think how late you are with so much potential. However, the emergence of fintech ventures and their working culture with banks has gained momentum over the past three to four years. Fintech ventures are working together to raise the quality of bank services. Meanwhile, in the last five or six years I boosted my confidence at BBVA," Sezgin continued.

The goal is Silicon Valley

Sezgin said he wanted to do something that has long been in his mind. "I have undertaken a lot of projects in my corporate life. I knew that U.S. banking and financial institutions did not have successful loyalty programs and management. It is a market with thousands of banks and financial institutions," he said."We gather some really important experience in Turkey. I thought it was the right time for it. Our children were at a certain age. I thought now was the time I could take risks for myself."

He said the project was still in its infancy and that there were three important stages in front of them.

"The first critical step was to sign with the first customer. We did it in Mexico. The next stage is to get the transactions into the system. It is very important to get the card transactions and start tracking them with retailers to prove that the system works without disruption. The target is to eventually reach figures that will run the business without further investments," Sezgin said, stressing that they need to reach at least 1 million users in this regard.

"The third stage is that we have to exceed 10 million users to prove that we are a candidate for growth," he added.

Talking about the transition in his life - from a manager to becoming an entrepreneur, Sezgin said: "In big companies, we love watching PowerPoint presentations. 20 or even 30 people participated in these presentations. In fact, the consultants were paid to extend the presentations further and drown them in figures. I do not just say this to criticize the way it works. I did the same thing.""However, when you are an entrepreneur, not just images and meetings, but everything is set up to persuade the other person. It does not even have to be face to face. Sometimes you are doing video conferences. So now everything is set up to persuade the other person."

People think that only young entrepreneurs can be successful in the technology sector, but we often learn the best ideas with time. We keep learning and face different challenges.

"While working in the real world, you get the chance to make a product better or do something more efficiently," Kauffman Foundation policy director Jason Wiens said, describing entrepreneurs in their second spring. "It does not hurt that people over 40 tend to save more money to run their business or to have more assets to borrow." 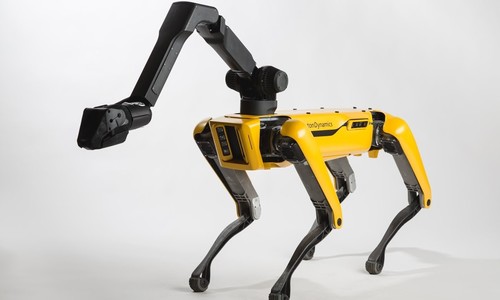 The number of robots that mimic human and animals is slowly increasing. Last week, Google introduced its smart assistant that can imitate human speech and make an appointment.

There are also examples of robots that mimic human and animal movements. U.S.-based Boston Dynamics is one of the global leaders in the robotics industry. Famous for their humanoids and animal-like robots, the company announced that its dog-like SpotMini robot will hit the markets in the second half of 2019.

Boston Dynamics is targeting a number consumer product for the first time after it was acquired by Japan's Softbank. Now it is pushing the button on large-scale production. In fact, some of their exciting laboratory prototypes are attracting a lot of attention from consumers.

SportMini maybe does not flick its tail like dogs, but it is designed to do some difficult tasks.

Boston Dynamics founder, Marc Raibert, told a robot conference in California that SpotMini, which is a bit creepy, is currently using a pre-production design. He also announced that they were planning large-scale production and general availability from the middle of 2019.

There are two versions of the robot. Weighing at 30 kilograms and with a 90-minute battery life, one version of the SportMini can be managed semi-autonomously while the second model will be fully autonomous.

Third-party developers can design systems for SpotMini to do different tasks. Raibert said that Boston Dynamics was also working on several new systems.

"We have a surveillance package with special low-light cameras mounted on the rear. There is another camera in the arm and the computer can get the user code," Raibert said.

Noting that wheeled security robots were more difficult to control, Raibert said: "Wheeled platforms were only used up to now, but the legs are a result of the human-focused change. There are a lot of applications for the legs. To control things that are difficult to reach, such as navigating a skyscrapers' stairs," he said. 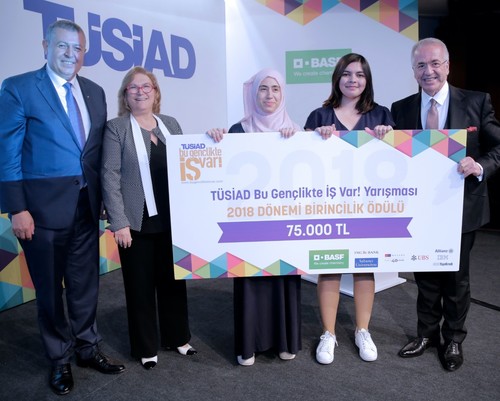 Taka, a team of students from Gazi University and Hacettepe University, has won the grand prize at the "Bu Gençlikte İŞ Var!" venture contest, organized by the Turkish Industry and Business Association (TÜSİAD).

Venture support programs in Turkey are now encouraging more and more university students, especially in the field of technology entrepreneurship.

Institutions like Türk Telekom and İş Bank have considerable experience in venture programs. Türk Telekom's enterprise acceleration program "Pilot" is already in its sixth year. It has also established a venture capital company.

The venture contest was organized by TÜSİAD to share business experiences with young entrepreneurs of the future.

The winners at the competition were "Taka," "Anlatan Eller," and "Bkare." More than 4,268 young entrepreneurs from 161 universities in 74 provinces across Turkey presented some 1,621 business ideas at this year's competition.

TÜSİAD Chairman Erol Bilecik in his keynote speech said the main emphasis was on the promotion of women entrepreneurship this year.

The competition started as a pilot project at two universities in 2011 and has now turned into a big event for young entrepreneurs. "This year we received applications from 161 universities in 74 provinces. The application rate of women entrepreneurs was up 26 percent this year. We have increased the number of women participants in the Training Camp by 40 percent. We are happy, we are proud, and above all we are hopeful! I thank all the young entrepreneurs who attended this year's event," he said.

"Taka" won a grand prize of TL 75,000 ($16,747) for a project on early diagnosis and treatment of sexually transmitted diseases. The team included Cansu Kabasakal, a biochemistry student at Gazi University, and Saliha Nur Tan, a bioengineering student at Hacettepe University.

"Bkare," which came third in the contest won TL 25,000 for the natural solution it developed against mold infestation by covering food with microfilm technology.