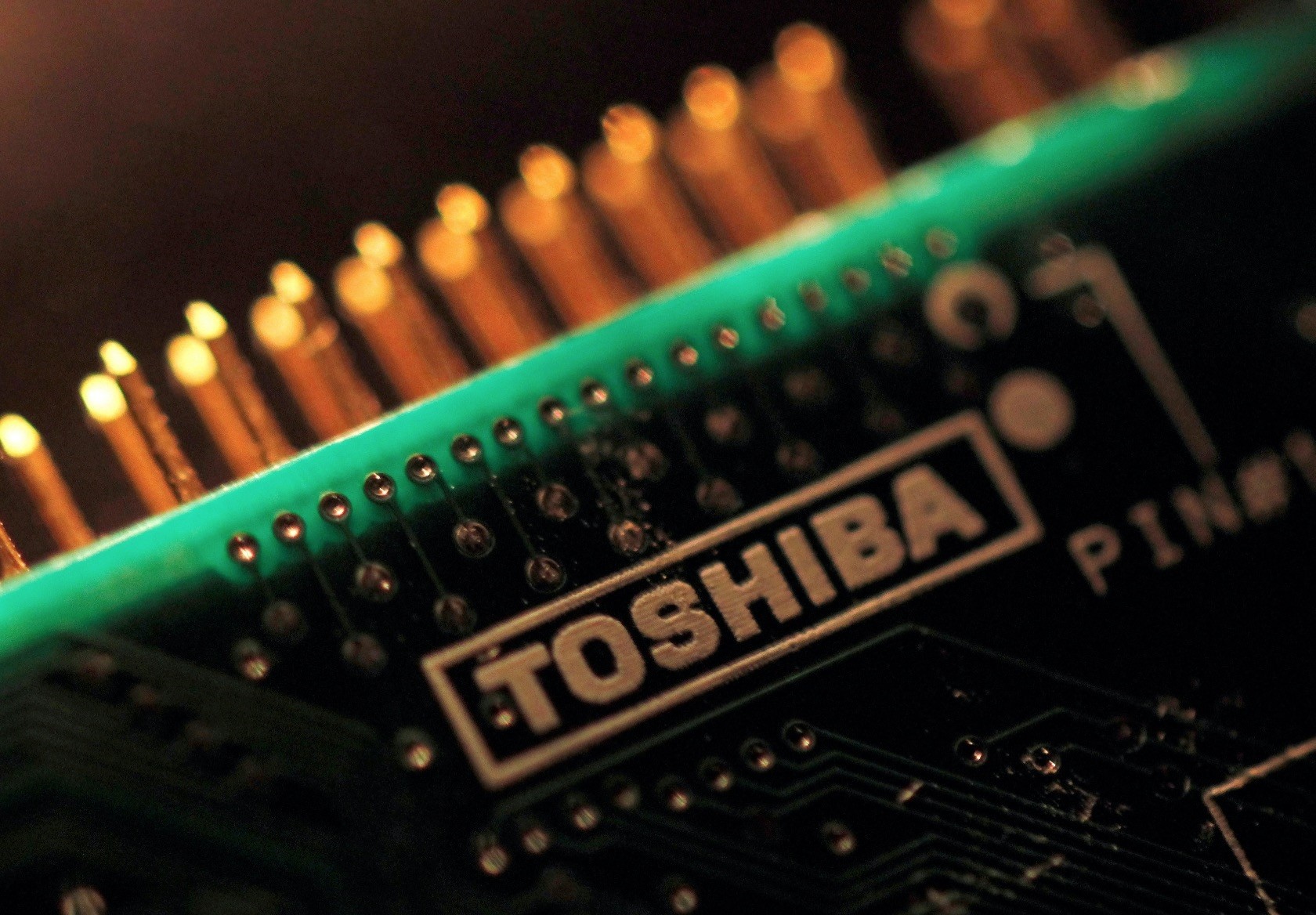 Embattled conglomerate Toshiba on Friday completed the $21 billion sale of its prized chip unit to an investment consortium, a move seen as crucial to keeping the Japanese firm afloat. The deal had been delayed while Chinese regulators examined whether it could violate anti-trust laws, but they finally granted approval in mid-May.

"Toshiba hereby gives notice that the closing of the sale has been completed today as scheduled," the group said in a statement. It added that the deal was worth about 2.3 trillion yen ($21 billion). The business was sold to K.K. Pangea, a special-purpose company controlled by a consortium led by US investor Bain Capital. The Bain-led group includes U.S. tech giants Apple and Dell, as well as South Korean chipmaker SK Hynix. Toshiba said it was reinvesting a total of 350.5 billion yen in Pangea, acquiring a 40.2 percent stake.

The sale and reinvestment will give Toshiba a pre-tax profit of 970 billion yen, though the bump was already built into forecasts it announced last month. Toshiba agreed in September to sell its memory chip business in a bid to stay afloat after multi-billion-dollar losses. It struggled after the disastrous acquisition of US nuclear energy firm Westinghouse, which racked up billions of dollars in losses before being placed under bankruptcy protection.

In order to survive and avoid delisting, the cash-strapped group decided to sell the chip business - the crown jewel in a vast range of businesses ranging from home appliances to nuclear reactors. Toshiba said last month it had bounced back into the black, avoiding a humiliating delisting from the Tokyo stock exchange. The firm booked a record net profit of 804 billion yen for the year ending March 31, compared with a loss of 965.7 billion yen a year earlier. That marks the first net profit for the firm in four years, and was helped by one-off revenue from tax cuts linked to the sale of its nuclear units.