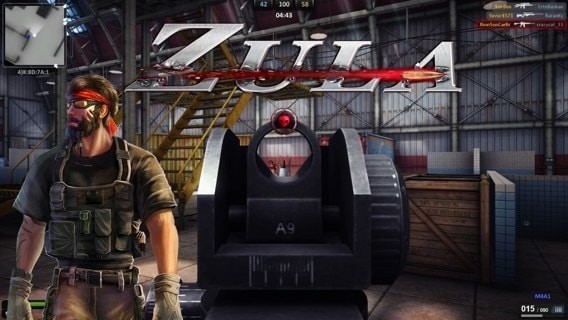 Much like Turkish TV series that are watched by millions in more than 100 countries, Turkish games have started to attract attention as well. Many domestic games developed by Turkish engineers and designers have a say in the global league. Developed by InGame, Zula, for example, has been played by over 10 million esports fans in more than 100 countries in 11 languages, turning it into a success story. The game is also inspired by a Turkish TV series, which helps it rise faster in the international market.

With more than two million followers, Zula has a great influence on social media. Every day 5,000 videos are uploaded to YouTube by gamers around the world and watched over 20 million times monthly. While there are known places such as Üsküdar, Trabzon, Uzungöl, Safranbolu and Çanakkale on the maps, contents such as Oct. 29, April 23, May 19 celebrations and children ringing doorbells and fleeing are appreciated by the players.

Tuncay Büyükoğlu, the founding partner of InGame Group, said when they started to write this game, their main strategy was to follow the success of the Turkish TV series in gaming.

"Turkish TV series have become important content in the world, including in our films. We wanted to achieve Hollywood's success with our own culture," Büyükoğlu continued. "That is why we used local figures, characters, and environments that the whole world is familiar with. It is also embraced by the whole world. In fact, it has become the value that distinguishes us, makes us stand out, and creates a competitive advantage."

Büyükoğlu added that the game is now a very popular in South America and the Middle East and also very successful in Europe. "The point we arrived at on the road that we set out on six years ago excites us very much and we crowned it with the world cup. Within six years, we produced one of the world's most important and popular games. The preparations for the tournament started a year ago," Büyükoğlu noted. Recalling that they introduced the tournament last October and put out the road map, he said teams from Brazil, Europe and other countries were prepared in addition to the Turkish teams.