ZTE stocks collapse at resumption of trading in Hong Kong 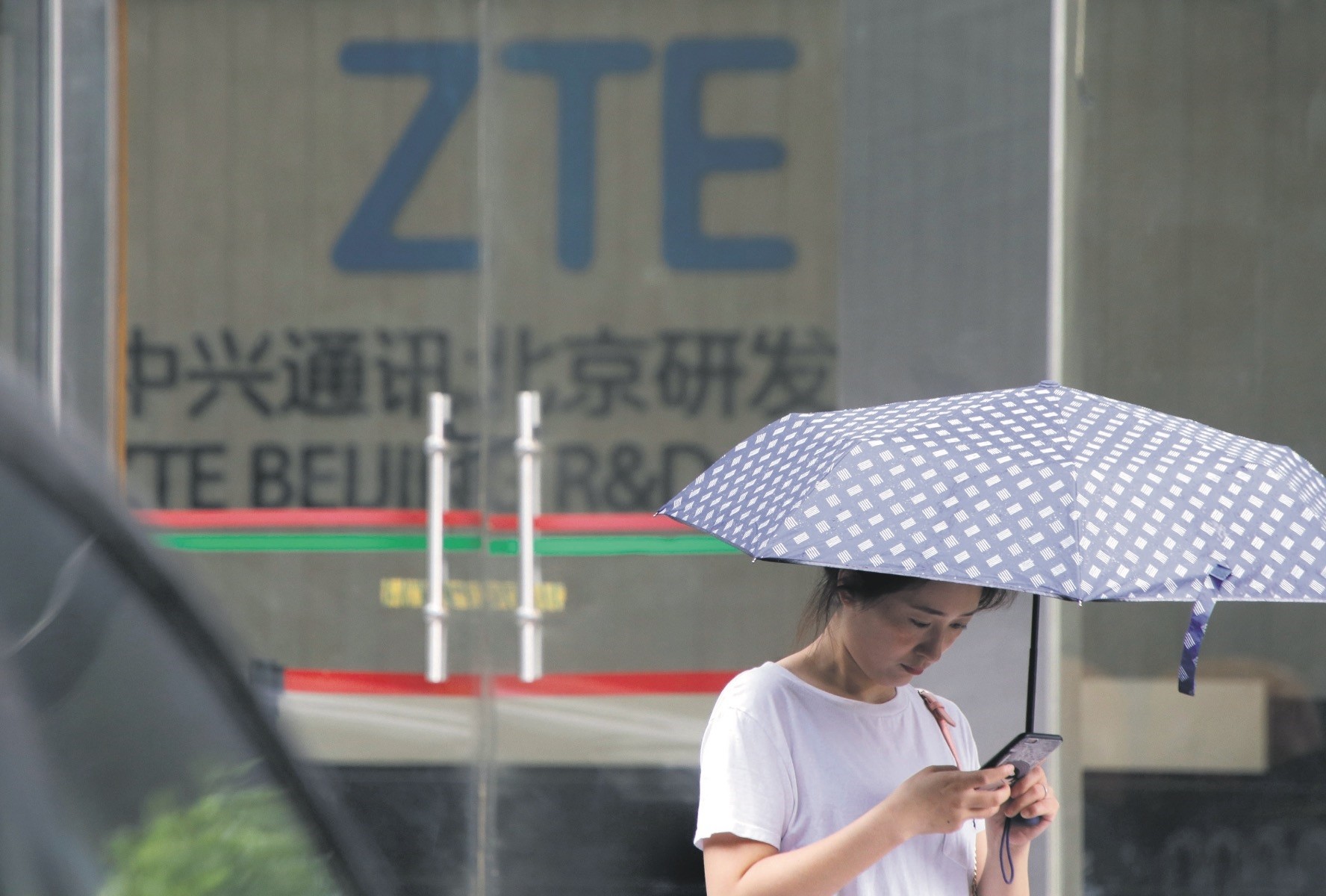 A woman stands outside ZTE Beijing research and development center in Beijing.
by Jun 14, 2018 12:00 am

Shares in Chinese telecoms equipment maker ZTE collapsed more than 40 percent yesterday as trading in the company resumed after it reached a settlement with the United States over its handling of a sanctions violation. Dealing in the firm was suspended in April after Washington said it had banned U.S. companies from selling crucial hardware and software components to it for seven years. The decision came after U.S. officials said ZTE had failed to take action against staff who were responsible for violating trade sanctions against Iran and North Korea. The company was fined $1.2 billion last year for those violations. The move in April put the company's future in doubt and it became a key issue in a wider trade spat between Washington and Beijing. And soon after the sanctions were announced U.S. President Donald Trump said he was working with Chinese counterpart Xi Jinping to prevent the firm from going out of business, tweeting "Too many jobs in China lost. Commerce Department has been instructed to get it done!"

The two sides then worked together and last week reached a deal to replace the sanctions with a $1 billion penalty, plus another $400 million in escrow to cover possible future violations. Shenzhen-based ZTE will also be required to change its entire board of directors and hire outside legal compliance specialists who will report to the U.S. Commerce Department for 10 years. Despite the firm's future being ensured, it dived 41.56 percent to end at HK$14.96 in Hong Kong, while it also plunged by its 10 percent daily limit to 28.18 yuan in Shenzhen.

"While the nightmare is now over, ZTE will likely have to deal with many changes," analysts Edison Lee and Timothy Chau at Jefferies wrote in a note. "We expect significant near-term selling pressure and a volatile stock price."

However, there are already fears over the deal after a cross-party group of senators voted to include an amendment in the National Defense Authorization Act that will keep the seven-year ban in place. The lawmakers say ZTE's access to the U.S. market endangers the national security. The settlement came days after Beijing reportedly offered to ramp up purchases of American goods by $70 billion to help cut the yawning trade imbalance with the United States - moving part-way towards meeting a major demand of Trump. Trump has demanded a $200 billion reduction in the trade deficit with China over two years.