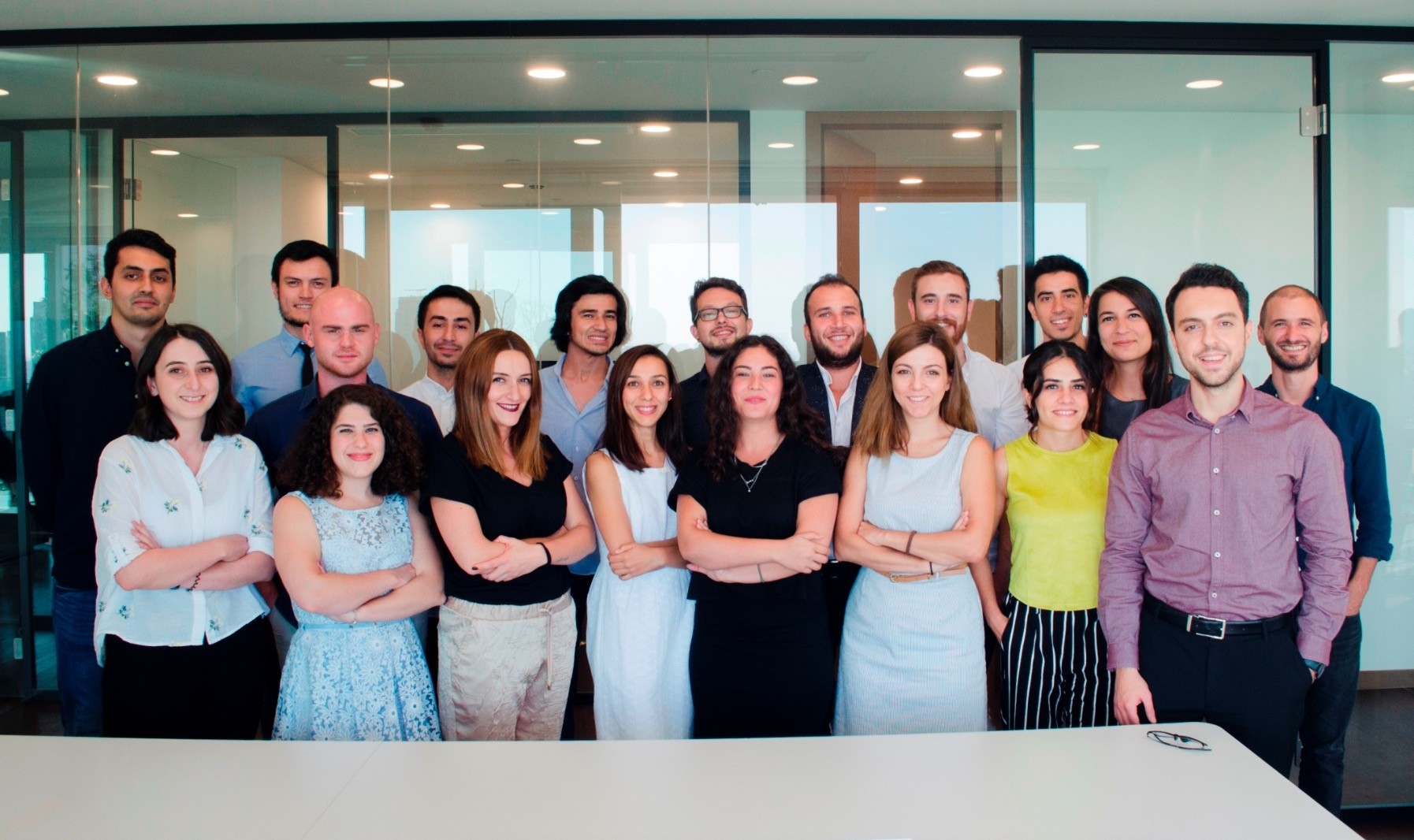 Pisano, a technology platform that is seen as a communications bridge between businesses and clients, reached 300 customers in only three years with its young team and offices around the world. Nowadays, it is preparing to launch a new investment tour as it eyes to expand even further

Turkey is seeing a number of domestic ventures, which are on the rise with each passing day, taking the world stage. As ventures increase, more capable entrepreneurs are emerging and there is more local and international support. What is actually important is that there are more and more small-scale companies, which generally have a high fail rate, being established. Even though its ecosystem might be smaller compared to other countries, the growth rate of Turkey's ecosystem is promising.Current trends pressure business owners to change and accommodate. In the old days, logistics and supply chain management were simply underdeveloped, thus, customers could not easily access products. This had caused customers to focus on the product itself.

Today, almost all products are accessible for everyone, anytime. This pushes the product itself out of focus and prioritizes the experience surrounding it. Business owners now have to accommodate their experience-focused customers. If customers do not like the quality of service, they are free to leave the store because they can easily find the product they want at another store. Technology helps business owners keep their customers in their store. Businesses can collect crucial details about their customers to get to know them.

Pisano is a technology company that creates tools to empower decisions through feedback. It allows enterprises and customers to communicate without space or time limitations.

He said as a country, Turkey is very successful in all the work it carries out in the service area.

"That is why Pisano is very advantageous. As a platform in the customer experience field, we could not have emerged at a better place than Turkey. Working in the field of customer experience within such a service-oriented country is attracting everyone's attention," he said.

Pisano is now in the growth phase, Demir said, adding that the platform was founded in June 2015. In three years, the technology company has reached more than 300 customers. The startup has six overseas offices in Dubai, Moscow, Amsterdam, Paris, London, where the company's headquarters are located, and Toronto. It operates with a team of 55 people in Turkey, while it employs around 25 people in its six offices abroad.

It has a number of big customers from various sectors such as banking, clothing retail, food retail, hospitality, restaurants and gas stations such as Samsung, BP, McDonald's, GAP, Hilton Hotel, Lacoste, Adidas Turkey, Vestel and İşank.

"We are to open offices in Singapore, Denmark, New York, Saudi Arabia and Qatar. These will happen in a very short time," he said.

"There are foreign investors who want to be with us on this journey for a very long time. We will start meeting with them in July or August. We are carrying out preparations at the moment. There are groups of investors we have met a lot in the U.K., the APAC (Asia-Pacific) and the North America region," he said.

"This also has to do with economic prosperity. Again, the U.K. has a better service culture, the culture of customer experience because they have been making investments in the field for 50 to 60 years. We are still new. The customer experience field in Turkey has a history of six years. But again when we look at it from that point of view, we are much better than North America and Europe and we are far ahead of Africa and Middle East regions. As a rival, there is, as I said, the APAC region, Singapore, Australia, Malaysia and the U.K. We area clearly ahead compared to other regions," he added.Speaking of the competition, Demir said after they became successful in the said field in Turkey and after they carried the work successfully around the world, there were new players now entering the market.

"We want these new players to be successful because we also want the whole market to grow. Every company that has a customer needs a customer experience solution. These all would benefit the country. We support them all very much. Competition is done with quality," he added.

"The more we share our experience, the more we will grow economically as a sector and as a market. There is a need for enlargement. Investments are being made and we are trying to grow the cake, we want to add new slices all the time," Demir said.

One goal: to be the best

He said that as Pisano, they are one of the best players in the world in this field despite being only three years old.

"This field has two or three really big players. They are 15-year-old North American companies. We, as a three-year-old platform, compete with 12 to 15-year-old companies abroad," he added.

Demir said before there were not enough channels for companies to speak directly to their customers.

"Because companies could not reach them, people had to go and write their reviews and feedback on other applications. Pisano's establishment story was to create a channel of communications between customers and businesses. In just a couple of months, we started to work with big companies such as Türk Ekonomi Bankası (TEB), Divan Patisserie and Pegasus Airlines. They also needed something like this," he said.

"We have a culture of sharing. Since the customers are sharing with us, it is not right for us if we do not do the same. It is not right if we do not share what we know because it is them and their feedback that add value to us, and there is a culture that we should share in the same way. This is one of the most basic parts of our culture. It is something that separates us from our rivals. You cannot find the same in the U.S. for instance. An American cannot come to you and share with you what he knows and what he does. He would not even want the notifications to be exchanged among customers so that he can turn it into opportunity and sell more," he added.

The young entrepreneur said one of the biggest aims of Pisano is to provide a good experience and increase the sales rate to people who are really interested.

"We have only one goal, to be the best technology company in the world in customer experience management. That is what we work for with our team," Demir said.The name of the platform also has an interesting story. In Italian, Pisano means "someone from Pisa." The infamous mathematician Leonardo Fibonacci had it as a nickname. For Pisano's founders, who had to calculate Fibonacci's Golden Ratio as classwork just like any other freshman computer engineering student, this special name came to represent their desire to keep being enthusiastic about Pisano, just like the very first day. It also serves as a mathematical reference to the platform's user-friendly and practical design.