Local phone, TV brands give global giants a run for their money 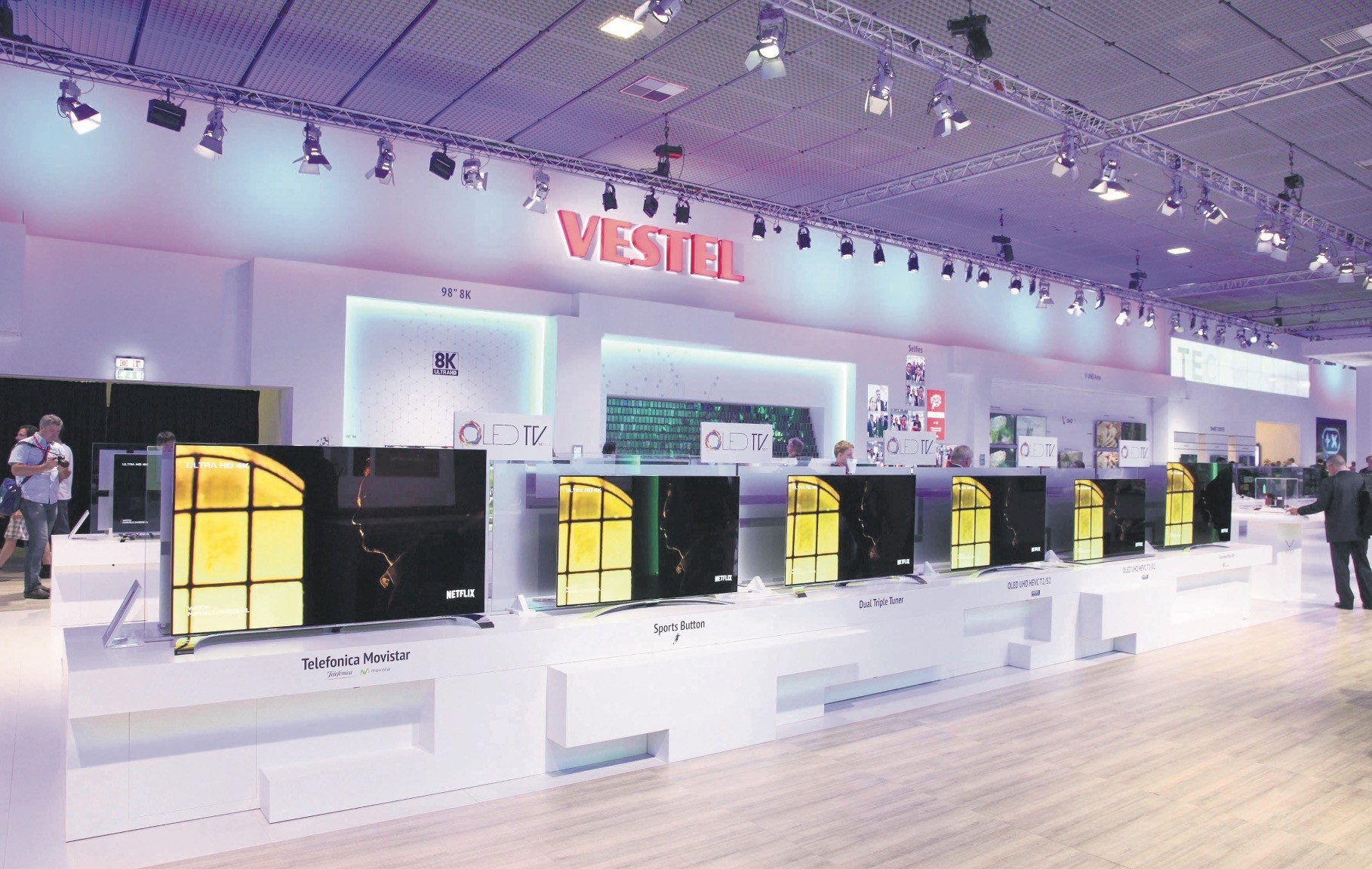 Local brands are making it more difficult for global consumer electronics giants to compete in the Turkish market in terms of price and services, especially for entry-level and middle-segment products

"The Turkish television market is very competitive. We sell Samsung TVs at the cheapest rates in Turkey," said Samsung's chief executive some two years ago. He was talking about the competition Samsung faced from local brands like Arçelik and Vestel.

Both have evolved to become strong competitors, not just in Turkey but also in the European market, especially in entry and middle segment products. As a result, global giants like LG, Samsung and Sony could not impose the pricing policy they wanted in Turkey and has learned to work with a lower profit margin.

Arçelik and Vestel's manufacturing infrastructures and their rapid adaptation of new technologies in their products have enabled them to survive against bigger global brands. In the electronics market, organizations that do not make long-term investments in service and distribution cannot survive.

The same applies to smartphones market.

Smartphone production has grown parallel to computers, also boosting the power of local brands. Casper has competed well with global brands for market leadership in desktop and notebook segment and pursued it with great service and fresh product strategy. Casper's mobile products are now trying to pass the same test. The real major change in Turkey's smartphone market, which sees sales of over 1 million devices each month, was brought on by General Mobile. The local smartphone company made a promising start with its entry-level devices in 2013.

General Mobile, acquired by Samsung distributor Telpa two years ago, achieved great success with its first product. The widescreen GM Discovery, like the Samsung S3, attracted a lot of attention from consumers. Telecom operators' supporting smartphone sales and the 4.5G investments have only heated up the competition. Players such as Vestel and Casper have also be

gun to make appealing offers to the consumers with different products and marketing policies. Then the entry-level Android One smartphone collaboration with Google led the company to boost its potential further.

In fact, the competition in service and distribution channel led to an even closer combat in the background. The two-year service guarantee and access obligation in Turkey has accelerated the liquidation of the opponents who were not thinking long-term in the Turkish market. Global brands had to respond to the claim that the smartphones would be repaired and delivered within one hour. Moreover, the service network has been accelerated to reach consumers outside major cities.

Mobile chipmakers like Qualcomm and MediaTek have begun to offer the latest products in collaboration with local brands.

The flagship of the MediaTek Helio family, the P60, will be used on Casper's Artificial Intelligence (AI)-driven phone. The Helio P60 features face detection, real-time camera functions and advanced AI.

The MediaTek Helio P60 processor with AI gets to know the phone and its user closely over time and provides a faster and better experience in terms of usage habits, doubling the advantage in both camera experience and game performance. It will be clear in the coming days when Casper will be introducing its long-awaited new phone with the Helio P60 processor and AI, with which features and at what price.

Technology keeps an eye on children

Parents rely on new technologies, from smartwatches to baby monitors, to keep their children safe. They should be more cautious about sharing posts with children on the social media and using technology.

Two recent incidents have pushed parents to take action and be more careful. However, social media posts can harm the privacy of the children when sensitive information, like location, is shared carelessly. So, parents have to use technology and social networks with more caution. The parents first start to watch their kids with a baby monitor. When the children grow up a little bit, parents can follow their movements with smartwatches when they are separated from them. Smartwatches can be used not only for safety but also for health.

If you think your children are not big enough for smartphones, the smartwatch will be a better solution. Parents are notified when children go out of the predetermined area. But first of all, they must convince their children to use these devices. If possible, it should be a priority not to negatively affect the children's psychology under the supervision of a specialist. So, parents must convince their children of every technological measure. They must be sensitive about the children's private lives.

Smartwatches can be managed by applications that can be downloaded to the parents' smartphones. It can be used with any smartphone, like Android or Apple iPhone. The simplest smartwatches provide location tracking. Smartwatches that can use a SIM card, in case of an emergency, the children may be able to call the designated person, or the parents can call them. In addition, the children's location can be determined more precisely. A person other than the designated person cannot reach them. For example, the children can report instantly to their parents that they are stuck in the elevator or forgotten on the school bus. The secure zone description can be specified on the map. The parents are alerted when the children go out of the designated area. In addition, a key identified for emergencies can instantly send voice messages. It offers a one-touch dial by creating a restricted guide defined by the speed dial feature. No one can disturb your children except the people on the list. In addition, your children can only call the ones on the list you have specified.

Not only safety, but obesity is also an important risk to children. According to the World Health Organization (WHO), the rate of obesity in children is increasing, and two in every three children are spending everyday inactive. According to a recent research by Fitbit, most parents agree that their children are less active than their own childhood. Parents also say they are worried about their children's weight, nutrition, exercise levels and increased childhood obesity around the world. According to the survey, 84 percent of parents want their children to be healthier, while 87 percent want them to be more active.

The first priority should be keeping away from the measures that will threaten children mentally and physically. Most importantly, you should convince your children of the method used. Make sure that smartwatches you will use for children have the ability to send and receive calls. When children are out of predetermined locations, the parents must be notified immediately. Smartwatches are required to have important services like health care, activity tracking, etc., other than communication with children. Among the most important details, the battery life of the device comes to the fore. It must be used without a constant charging problem. In case of emergency, it is very effective to send location and voice message with SOS key. With new applications, the capabilities of the smartwatch can be increased even further. So, it must have a wide choice of applications.

Parents often make big mistakes when posting about their children on social media. Even if your child is very young, parents should stay away from sharing posts that will cause the child to be embarrassed and hurt as an individual in the future. Be careful about the risks your child will have to suffer because of your posts. In each post, you give not only your own but your child's location information. Moreover, if your posts are open to everyone, people can easily track your movements.