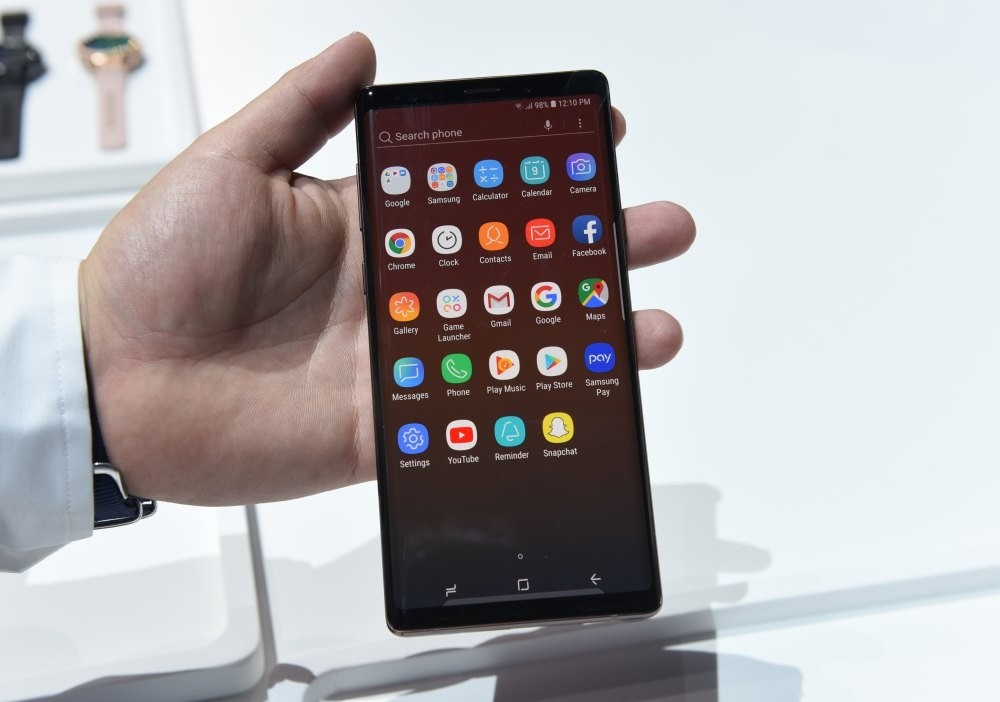 South Korean electronics giant Samsung unveiled the new Galaxy Note 9 smartphone Thursday, its latest effort to address flagging sales of the high-functioning gadgets. Boosting the power and the price, Samsung hopes to win back customers in the competitive market. The consistent leader in the global smartphone market, the company nonetheless suffered a 22 percent drop in mobile technology sales in the second quarter. The company blamed the drop in part to disappointing demand for the Galaxy S9, but it also has been pressured by growth in Chinese competitor Huawei. At a glitzy launch event in Brooklyn, Samsung unveiled a suite of high tech products, including a smart speaker and watch, and then showed off the new Galaxy Note 9, which will be available for purchase on Aug. 24 in Turkey. According to calculations by tax experts, the Galaxy Note 9 version with 512 gigabytes is expected to cost at least TL 7,499 in Turkey. The phone contains a series of improvements but was described by analysts as having no radical new innovations. The latest model boosts memory capacity, and allows customers to play video games such as the popular Fortnite.

Customers will have the option of 128 or 512 gigabytes of memory, and also can insert a micro card to boost capacity beyond a terabyte, a record for a smartphone.

Samsung also enhanced the gadget's batteries so it can now be used for an entire day without needing to be recharged - a common headache for cell phone users.

Other improvements include tweaks to the device's "S Pen" feature, which can be used as a remote control for taking pictures or selfies using Bluetooth technology.

And the new model has enough capacity for video games. Samsung has set up a promotion with the popular Fortnite game that lets users download a special mobile version.

According to some trade media sources, the Galaxy Note 9 version with 512 gigabytes will be the most expensive smartphone geared towards the general public. The price for that model will be $1,250 in the United States, while the 128 gigabyte version will go for $1,000. Apple's iPhone X in a 256 gigabyte version sells for about $1,150. Global smartphone sales fell 1.8 percent in the second quarter to 342 million amid market saturation and rising prices, according to tech-industry trackers International Data Corporation.