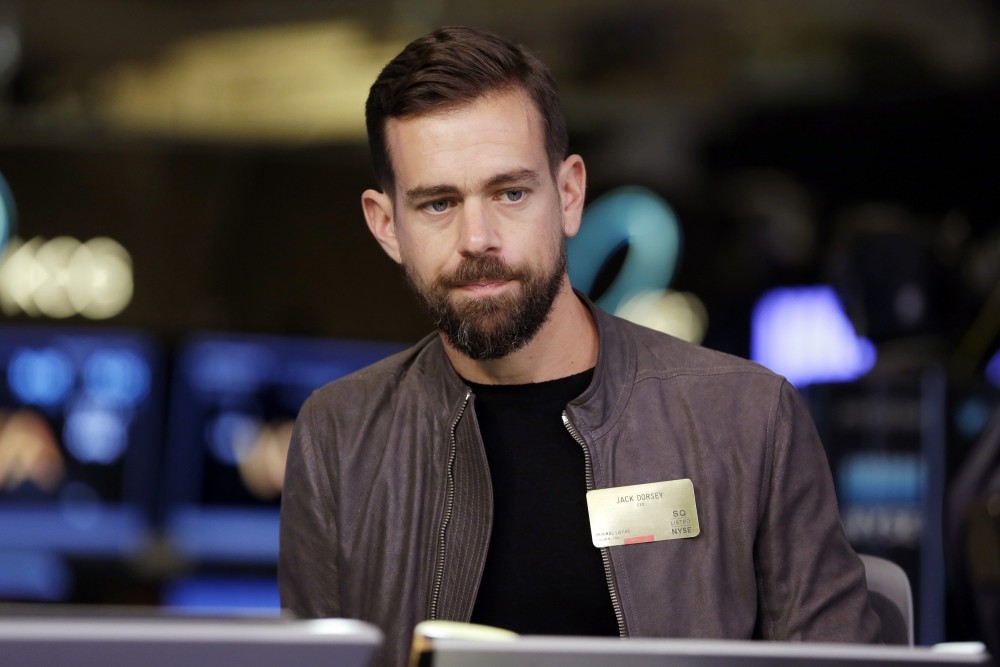 Twitter CEO Jack Dorsey is interviewed on the floor of the New York Stock Exchange. After long resisting change, he wants to revamp the ,core, of the service to fight rampant abuse and misinformation.
by Associated Press Aug 18, 2018 12:00 am

In the war against rampant abuse and misinformation, Twitter could change engagement and rewards such as retweets and number of followers, but it's not clear that it will keep its popularity

After long resisting change, Twitter CEO Jack Dorsey wants to revamp the core of the service to fight rampant abuse and misinformation. But it's not clear if changing that essence -how it rewards interactions and values popularity -would even work. Though Dorsey was scant on details, what is certain is that the move will require huge investments for a company that doesn't have the same resources that Google and Facebook have to throw at the problem. Any change is likely to affect how users engage with Twitter and hurt revenue, testing the patience of both users and investors.

"Social networks have a history of ... well-intentioned but badly designed efforts to fix this," said Nate Elliott, principal at marketing research firm Nineteen Insights.Twitter isn't alone in having to deal with hate, abuse, misinformation and bad actors using the service for elections interference, targeted harassment and scams. And Twitter isn't alone in proposing fixes that don't get to the heart of the problems. Case in point: Facebook. After Russian trolls were found to have used Facebook to interfere with the 2016 U.S. elections, including by purchasing ads, the company spent a lot of time and energy building a tool that shows who's behind political advertisements. But Elliott said it's not even clear which ads on Facebook are the ones causing problems around foreign elections meddling. In 2016, Russian agents weren't so much running political ads for or against candidates but rather social ads on divisive such as gun control and immigration. But like Facebook, Twitter has to try -or at least be seen as trying.

Dorsey told The Washington Post that Twitter had not considered changing the core of the service until now. Like Facebook and others, Twitter has been accused of tinkering around the edges, tweaking policies and hiring masses of moderators when what's really needed is a fundamental shift in how they work and how they make money in order to survive. While many former executives and other insiders have proposed radical shifts at major social networks, it's rare for a sitting CEO to propose something as drastic as revisiting the foundation that his company is built on.

"We often turn to policy to fix a lot of these issues, but I think that is only treating surface-level symptoms that we are seeing," Dorsey said.

Revamping the core could mean changing the engagement and rewards designed to keep users coming back - in the form of seeing their tweets liked, responded to and retweeted, and seeing their follower counts grow. It's the tiny dopamine hits we get with each like that makes us feel better and keeps us returning for more. Take that away, and users might not want to return. In turn, advertisers might stay away, too, as they rely on monthly and daily user numbers, as well as user interactions, to gauge how well their ads work and how much to spend. Unlike Facebook, Elliott said, Twitter doesn't have billions of users to absorb any hits on user growth. Even if the changes work, he said, "it's going to cost them so many users and so much money I can't imagine them sticking with these kinds of changes." Paul Verna, an analyst with research firm eMarketer, also isn't "terribly optimistic" that Twitter can make its service safer without hurting its business.