3M looks to keep contributing to competitiveness of Turkish firms through R&D, innovation 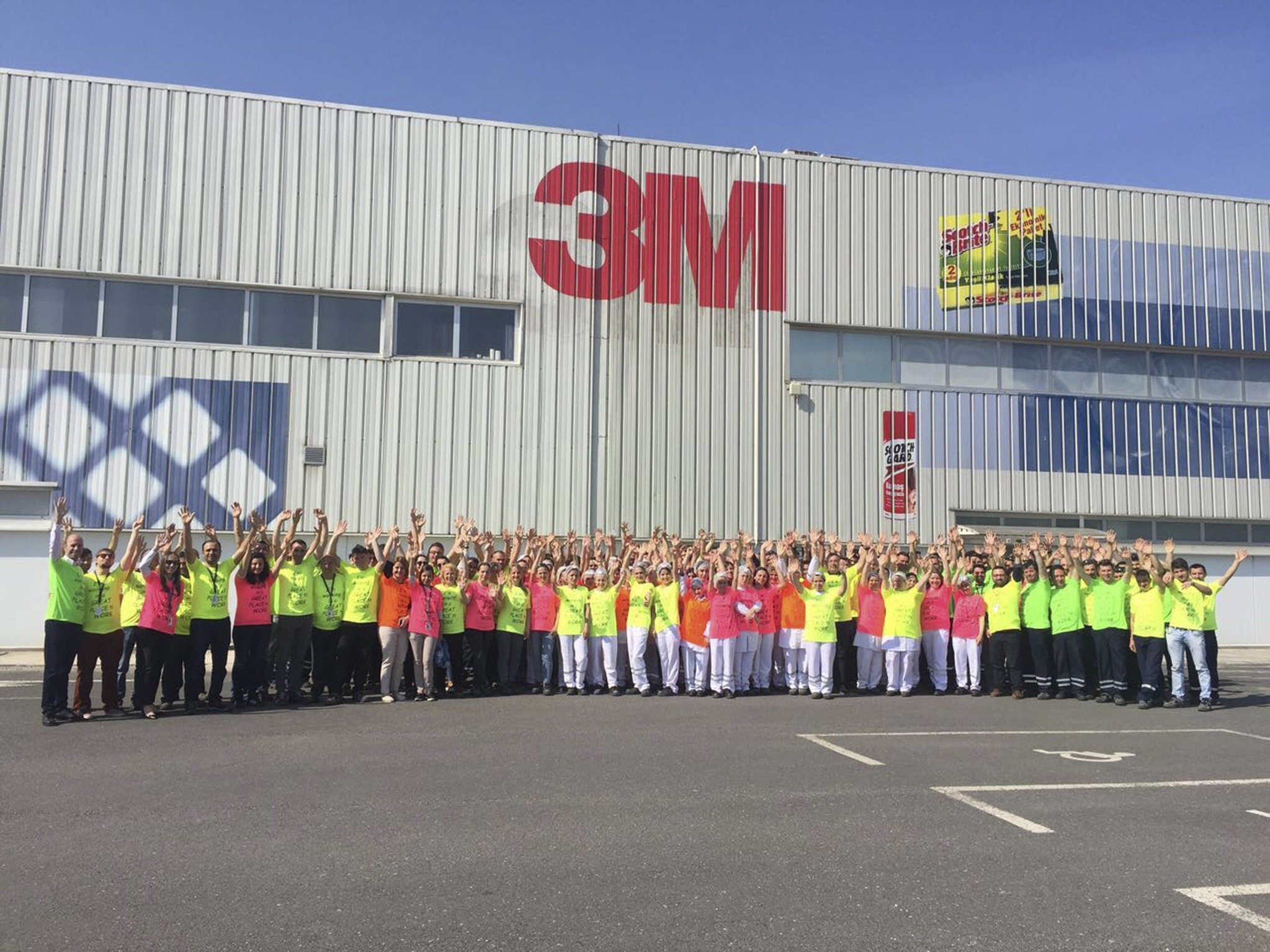 Focusing on R&D and innovation, 3M Turkey will continue to contribute to the competitiveness of its customers in Turkey, while continuing to invest and extend its business in the country, said 3M Turkey General Manager Büyükyazgan

3M, the U.S. science and manufacturing giant committed to innovation, will continue to extend its business in Turkey and looks to keep on creating value for its domestic customers to increase their competitiveness by focusing on local research and development, 3M Turkey General Manager Mert Büyükyazgan said.

In an exclusive interview with Daily Sabah, Büyükyazgan spoke of the company's history in Turkey, its operations, targets and future plans.

Operating in 70 countries with more than 90,000 employees and with around 60,000 products, 3M initiated operations in Turkey in 1987. 3M Turkey celebrated its 30th anniversary last year. With its entrance into the Turkish market, the company made a greenfield investment in its first plant in Çerkezköy, an industrial district in Tekirdağ province.

The Çerkezköy facility was built on an area of 59,000 square meters with a closed area of 7,700 square meters. The facility was constructed in 2000 and expanded in 2007. Products such as pressure sensitive tapes, breathing masks and abrasive belts are produced at the facility, which employs about 217 people. Some 85 percent of plant production is exported.

The Çorlu facility was built on an area of 200,000 square meters with a closed area of 10,000 square meters. Products such as wax polish products for the auto repair and maintenance sector, dish sponges, post-it sticky note pads and baby diaper side bands are produced in the facility, which employs about 96 people. Around 65 percent of plant production is exported.

3M Turkey General Manager Büyükyazgan said the company mainly had consumer goods in its portfolio such as Scotch-Brite in the beginning. Soon after, automotive was included and diaper components joined the portfolio.

"Turkey is one center of gravity in terms of diaper production. Our company first started providing components to domestic producers before starting to export, after which Turkey became a center of attractiveness," he said.

The structure of 3M in Turkey is the same structure implemented in all countries worldwide. The company has five main business groups: the consumer products group, electronics and energy group, health care products group, industrial products group and security and graphics solutions group with 26 active sales and marketing departments under these groups.

"Aside from our main production group, consumed directly by our customers, we generally produce intermediate products for important customers such as for the automotive industry, key industry, subindustry, white goods and electronics."

He also pointed to the importance of intermediate goods and the value added.

The firm first concentrated on domestic competition before it started to export to different countries, Büyükyazgan said, adding that as the years went by, new investments were made by the company, such as automotive.

He also told Daily Sabah that the company is planning a new small-scale investment in Turkey, which is expected to be put into action around the middle of next year. The amount of investment is expected to be around two or three million dollars and will again be carried out in Çorlu, Büyükyazgan noted. "At the end of the day, we are happy we are going to provide mobility in Turkey with this investment."

In particular, he noted the company's research and development department, which has gotten stronger over the last seven or eight years and which the company is giving high importance to on a global level, backing R&D with most of the investments the company is carrying out.

Benefiting from 46 technology platforms and global power in the R&D field, 3M innovates to meet customer needs. The company invested around $1.9 billion in R&D last year, while its investments in the field totaled around $8.8 billion in the last five years. 3M's turnover was $31.7 billion in 2017. The company allocates around 6 percent of its revenue for R&D each year and has around 8,000 engineers globally working in the field.

Büyükyazgan noted that they work with many big companies in Turkey, including Turkish Aerospace Industries (TAI), home appliance manufacturer Arçelik and automotive giants such as OYAK Renault and Ford Otosan. "We are creating components that create value for our customers in Turkey. Our work is focused on how we can make them more competitive in the market," he said.

According to information the general manager shared, the company also attaches great importance to patents. The company gained some 4,168 patents globally last year. When taking into consideration its whole production life, the company has around 113,000 patents, placing it among the companies with the highest number of patents in the world.Pointing to the global view of 3M towards Turkey, Büyükyazgan said the company has maintained its operations in the country despite some difficulties in the country, such as the July 15 coup attempt in 2016.

The 3M Turkey general manager noted that the company would continue to invest and extend its business in Turkey.

"Some of our global executives came to Turkey right after the coup attempt. They met with workers as well as customers. We have been here for 30 years, and we will maintain our presence… We look at the long-term. The first half of this year has been one of the best we have had since our arrival in Turkey," Büyükyazgan noted.

The company began to take a place in Turkey's top 1,000 exporting companies in 2011, later becoming one of the 500 biggest exporters. 3M Turkey currently exports to more than 25 countries, including Western Europe, Greece, Romania, the Middle East, New Zealand and Australia.

In terms of revenue, 3M Turkey is still one of the leading companies in Central and Eastern Europe.

Moreover, 3M Turkey was awarded a "Great Place to Work" citation in the category of companies with 500 to 2,000 employees in Turkey for 2018. On a global level, 3M was recognized by the Ethisphere Institute as one of the "World's Most Ethical Companies" for the fifth consecutive year.