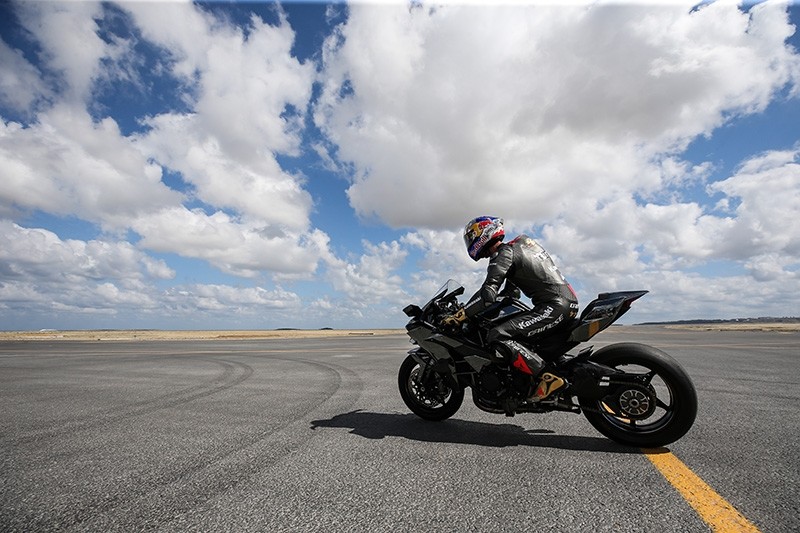 A tech festival in Istanbul kicked off on Thursday with an unusual race between a motorcyclist and a fighter jet.

The audience at Teknofest Istanbul watched in awe as renowned motorcyclist Kenan Sofuoğlu won the race with a time of 9.43 seconds.

The Solo Türk and the Turkish Stars, aerobatic teams of the Turkish Air Forces, performed a 30-minute aerial routine at the festival.

Nearly 80,000 people registered for the festival.

In May, after taking part in the qualification rounds of the 5th World Supersport Championship in Imola, a town in northern Italy, Sofuoğlu announced the end of his active sports career.

He was elected as a parliamentarian of the ruling Justice and Development Party (AK Party) from Sakarya province in the June 24 parliamentary elections.