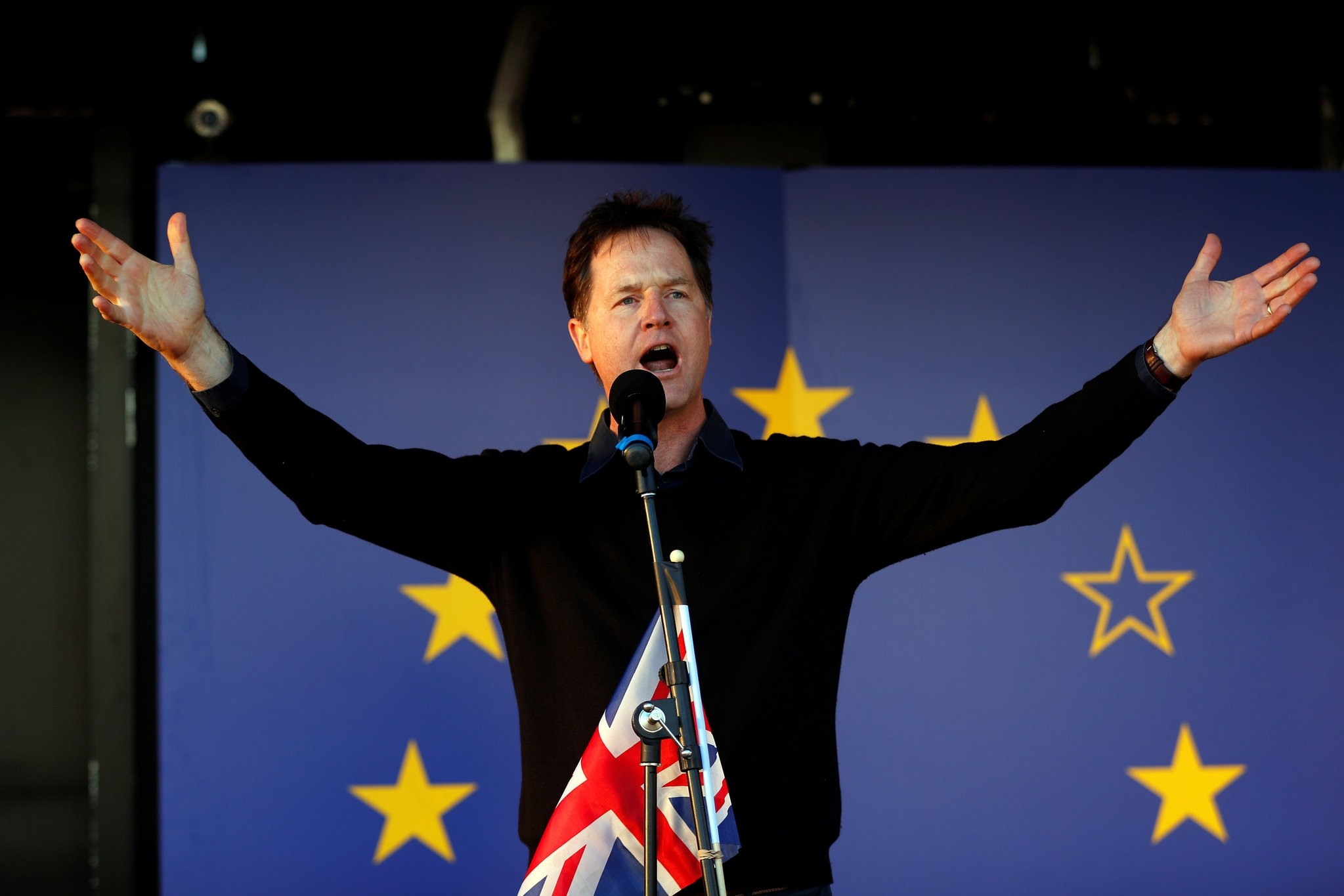 Facebook has hired former U.K. Deputy Prime Minister Nick Clegg to head its global policy and communications teams, enlisting a veteran of European Union politics to help it with increased regulatory scrutiny in the region and snowballing challenges to its reputation.

Clegg, 51, will become a vice president of the social media giant, and report to Chief Operating Officer Sheryl Sandberg. He described the new job Friday as "an exciting new adventure," after 20 years in British politics.

Clegg will particularly be called upon to help Facebook grapple with a changing regulatory landscape globally. EU regulators are interested in reining in mostly American tech giants who they blame for avoiding tax, stifling competition and encroaching on privacy rights.

It's not the first time a major corporation or non-profit has poached a former political leader to offer clarity on the inner workings of government. After wrapping up his work as president of the European Commission, Jose Manuel Barroso joined Goldman Sachs as non-executive chairman in 2016. Former German chancellor Gerhard Schroeder went on to chair oil company Rosneft; former U.K. Foreign Secretary David Miliband moved to New York to become CEO of the International Rescue Committee.

Tech companies have been poaching British talent for years as well, though Clegg appears to be the highest-ranking departure to date. Steve Hilton, a former director of strategy to ex-Prime Minister David Cameron, decamped to California and now hosts a Fox news show. Tim Chatwin, another Cameron aide, now works for Google, as does Theo Bertram, who worked in Downing Street for Labour Party Prime Ministers Tony Blair and Gordon Brown.

Clegg led the Liberal Democrats from 2007 to 2015, inclu​ding five years in the coalition government with the Conservatives. He lost his seat at last year's general election. Before that, he was a member of the European Parliament from 1999 to 2004.

In recent months, he has been an active campaigner for a second referendum on Brexit, in hopes of preventing Britain's departure from the EU. Clegg argued that supporters of Brexit failed to explain the sacrifices that will follow an exit, but he said it was nonetheless time for him to go. Clegg, who starts today, said that he and his family will be moving to California to take on the new job in the coming year. He had been discussing a new role with Sandberg and CEO Mark Zuckerberg over the summer.

Sandberg also posted a welcome to Clegg on Facebook which also echoed his comments that technology can be used "to do good."