Billion-dollar economy from the tiniest processors 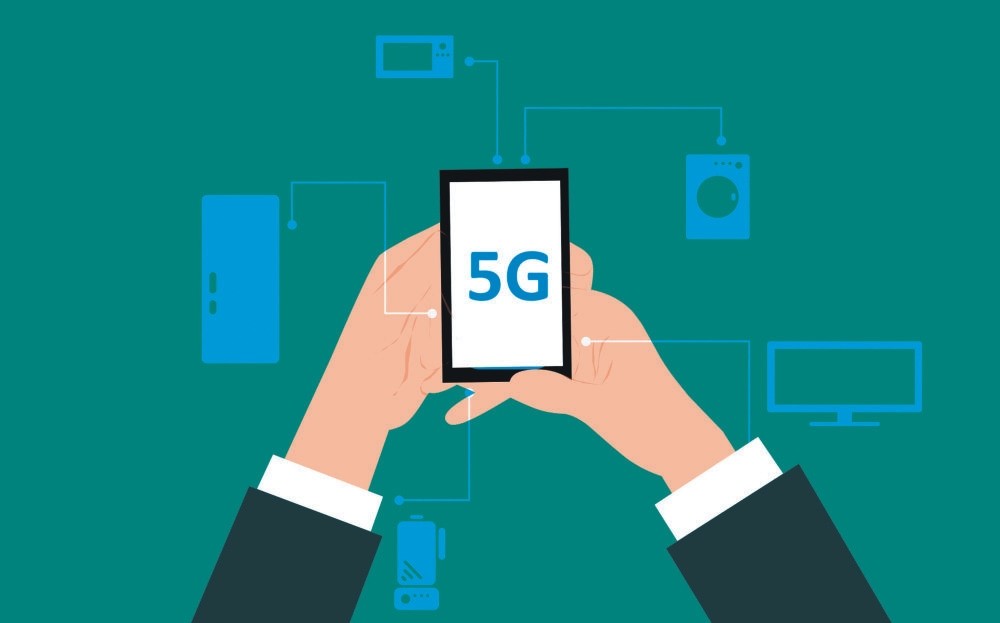 The 2019 road map for 5G supporting phones and operators has been announced at the Qualcomm Snapdragon tech summit. The new Snapdragon 855 platform will bring forth a billion-dollar ecosystem via enabling AI-focused enterprises in sectors such as professional photography, security, health care and entertainment

Advances such as 5G antennas smaller than a penny and the Snapdragon 855 processor create an unmatched billion-dollar ecosystem which enables the creation and success of new enterprises. The 2019 road map of the new processor platform which makes heavier use of artificial intelligence (AI) for smartphones, mobile devices and operators has been announced at the Qualcomm Snapdragon summit. According to the road map, more than 20 5G networks in the U.S., China, Europe, Japan, South Korea and Australia will become available for commercial use in the first half of 2019. Also in the same period, 5G supporting smartphones that make heavier use of AI technologies will become available to consumers. Enterprises that use 5G network and AI technologies are developing new solutions that will create a bigger economy for the Snapdragon 855 platform. New processors will bring 5G, along with its new enterprise ecosystem, to institutional and retail users.

It is now time to develop the road map that will transform Turkey and take steps that will help the creation of future enterprises. The 5G network and regulatory decisions are waiting for steps that will create funding and ensure that Turkey does not lose its global-level talent in artificial intelligence, cloud technology and industry 4.0 to international competitors. Operators have been conducting tests for a long time. Locally-made cell towers developed by a group led by Aselsan are currently being used in live networks. Argela, a partner of Türk Telekom, is also in this group. Argela is currently conducting work on 5G infrastructure with many giant international corporations. Other operators have also been conducting 5G tests for a long time and doing live field tests.

On the subject of 5G, the use of locally-developed technologies is increasing directly proportional to the number of local enterprises.

With fast connection times, 5G networks will make many new applications available for use. Games with extensive hardware requirements will become possible to play through the cloud. Applications that make use of AI to manipulate video and photographs will be able to operate faster in the same manner. Mobile commerce will be greatly affected by the new platform, which will make security even more important.

See products at home before buying them online with 5G

As the number of 5G supporting phones increases, augmented and AI applications will become more common and easier to use. With the use of the Snapdragon 855 platform, the number of e-commerce websites that make use of augmented intelligence will increase. On the Snapdragon 855 platform, you'll be able to try out furniture you're interested in in different dimensions and colors in your home via augmented reality applications.

Professional focus on any point

The use of multiple cameras in smartphones is increasing. One of the products presented in the summit allows you to make use of professional effects while taking photos. More specifically, any object however distant or close can easily be chosen to be brought out of focus. With the use of depth of field, photographs are made to look more professional.

Berkay Mollamustafaoğlu, founder of the company that sold Opsgenie, which has become the communication platform for software developers worldwide, for $295 million to Atlassian is now aiming to achieve a valuation of $1 billion for Thundra.

We met with Mollamustafaoğlu, the founder of Opsgenie, which has become an encouraging success story for Turkish tech startups. During the re:Invent event Amazon Web Services organized in Las Vegas, Mollamustafaoğlu told us that he did not repeat the mistakes he had made in his previous businesses with Opsgenie and shared with us the details of the success of tech startups. Stating that the sale of Opsgenie, which he founded in 2012, to Atlassian for $295 million will increase the attention venture funds pay to Turkey, Mollamustafaoğlu went on to say, "I believe we've shown that not only e-commerce startups but also startups where skilled engineers develop new tools can emerge from Turkey. Now there's a successful example the engineering center of which is Turkey in front of investors. This excites us about setting an even better example."

Opsgenie, founded in 2012, is centered on being a successful technology communication platform resolving issues of communication and productivity for software developers. It is an example of a startup that was created after correctly analyzing the changes in the field brought forth by cloud technology and the changing role of software developers. While the company is headquartered in Boston, its engineering center and heart lies in the engineering talent of Ankara.

The business life of Mollamustafaoğlu, who graduated from Middle East Technical University Department of Electronic Engineering in 1992, has been one spent outside of Turkey. Explaining that he had the chance to see firsthand the troubles traditional companies experienced in transitioning to digital technologies, Mollamustafaoğlu spoke of his first sales experience: "The first four years I worked as an engineer in foreign companies. During that time, I learned where customers got stuck and what kind of mistakes they made in their solution attempts. I don't think it's easy to become an entrepreneur without solving the customer problem and getting acquainted with the business world. This is why creative projects don't emerge. Our first customer was Deutsche Bank. Before we even founded the company, having learned that I had left my previous position they asked me if I could help in solving a problem they were having. And we told them we could. When they asked how much it would cost we said $50,000, having thought of it as an upper limit. They immediately accepted."

Hard to compete with bigger companies

The experience Mollamustafaoğlu gained early in his career has been the key to his success later on. He describes his experiences at the time as follows: "Back when we founded iFountain we had large tech companies as our rivals. While our technology was better, everyone preferred to work with larger companies. Only those who did not work with them came to us. This was a valuable lesson for me later on in my next startup. I decided to choose a field that wasn't big enough to draw the attention of large companies. And that's how Opsgenie came to be. We intended to create a platform where software developers working for the projects of large companies could take responsibility for the code they've written and manage their communications. We listened to our customers. We immediately responded to the comments and questions coming from forums. We supported our customers as if we were their advisers, helping them even when their problems were in the process of developing. We made fast changes according to the needs and demands of our customers."

Investors from both Turkey and the U.S. took notice of Opsgenie. Battery Ventures, which is a venture capital company headquartered in Boston, became a Series A investor in Opsgenie, believing in the future of the company. It only took them a few years to be rewarded for their investment.

Stating that the success of Opsgenie has brought both the country and its entrepreneurs onto the radar of investors, Mollamustafaoğlu has prepared for his next venture. While by agreement Mollamustafaoğlu is to continue working at Opsgenie for three years, he emphasizes that his next goal is achieving a valuation of $1 billion for Thundra. Speaking positively about the future of the company, Mollamustafaoğlu said: "The same night we signed the sales agreement with Atlassian we agreed to separate the Thundra project which had developed inside the company. This is very important for us. We have an extremely talented person leading the project. Thundra is a venture with high chances for growth due to the server-less business culture which serves to accelerate digital transition and increase productivity, and it differentiates itself on the basis of its technological abilities."

Newly developing cloud technologies are increasing the demand for software developers in many fields. Amazon Web Services is projected to employ 15,000 people within the short term. Mollamustafaoğlu, stated that the Atlassian group will employ 1,500 workers and emphasized the capacity Turkey has for high-quality engineering, he said: "Our technology center is in Ankara. In Ankara there's incredible potential for engineering. Currently the wages are more competitive than even India on average. It's an unmatched place for all software companies."

Meeting customers in a doctor's coat

Mollamustafaoğlu relays his experience early on where he attended an AWS software developer event: "When we first founded the company we attended an AWS event to increase the number of our customers. I had decided to attend alone because it was very expensive. But I put up an ad in a newspaper to not seem alone. Someone responded and I gave them a two hour lecture on how they should talk. On the day of the event I wore a doctor's coat, along with a stethoscope, to meet potential customers. We talked with them about how we will find solutions to emerging problems. Some people remember those moments even today."