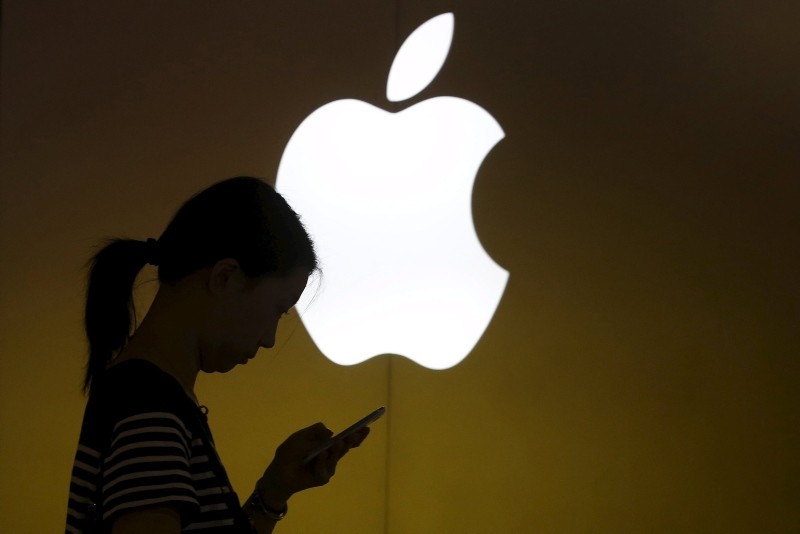 This Sept. 10, 2013 file photo shows a woman looking at the screen of her mobile phone in front of an Apple logo outside its store in downtown Shanghai, China. (Reuters Photo)
by Daily Sabah with AFP Dec 10, 2018 12:00 am

U.S. chipmaker Qualcomm on Monday said a Chinese court granted it an injunction against Apple.

According to Qualcomm, Fuzhou Intermediate People's Court ordered four Chinese subsidiaries of Apple "to immediately cease infringing upon two Qualcomm patents through the unlicensed importation, sale and offers for sale in China of the iPhone 6S, iPhone 6S Plus, iPhone 7, iPhone 7 Plus, iPhone 8, iPhone 8 Plus and iPhone X."

The move marked the latest in a long-running dispute over patents and royalties between the two California tech giants playing out in courts and administrative bodies worldwide.

"We deeply value our relationships with customers, rarely resorting to the courts for assistance, but we also have an abiding belief in the need to protect intellectual property rights," said Don Rosenberg, Qualcomm executive vice president and general counsel.

"Apple continues to benefit from our intellectual property while refusing to compensate us. These court orders are further confirmation of the strength of Qualcomm's vast patent portfolio."

Meanwhile, Apple responded by saying, "Qualcomm's effort to ban our products is another desperate move by a company whose illegal practices are under investigation by regulators around the world."

Apple's statement added that "all iPhone models remain available for our customers in China."