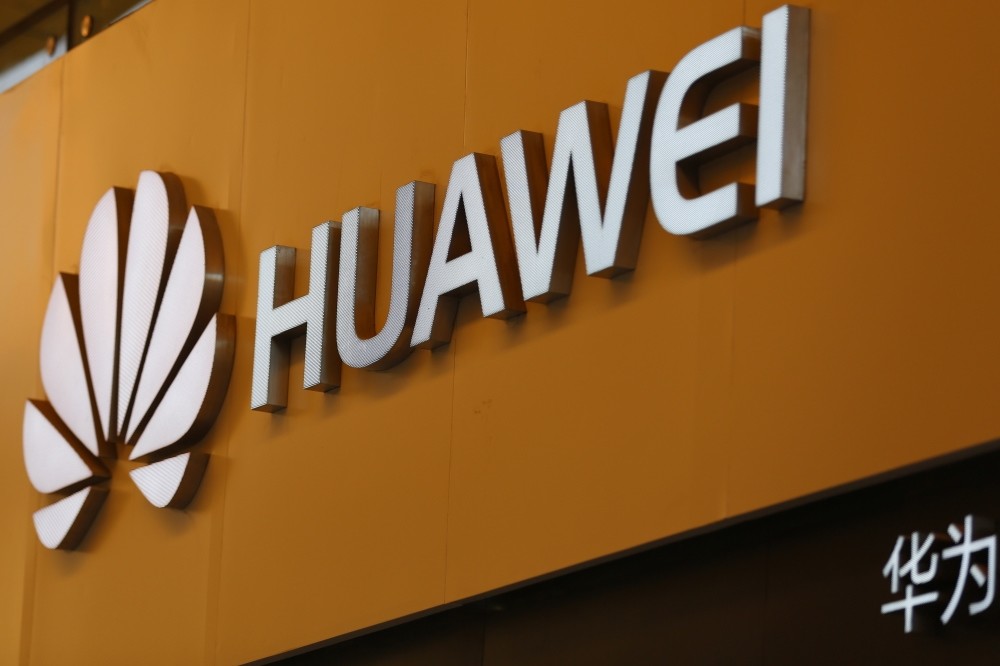 While the arrest of the chief financial officer of Huawei, a Chinese telecommunications equipment company with almost $100 billion of annual revenue, has raised tensions between China and the U.S., competition in 5G standards and next generation technologies is seen as an underlying cause for the increased tensions

The arrest of Chinese Huawei's chief financial officer (CFO) in Canada last week due to accusations of using shell companies to violate U.S. sanctions against Iran has globally been perceived as part of the ongoing U.S.-China trade war.

Despite the CFO's release on a bail of $10 million with the condition of staying under constant monitoring, the discussions regarding the issue continue. The accusations brought forward in the case are merely the tip of the iceberg. It is quite clear that the issue largely stems from a deep-seated competition in trade and technology. At the same time, aside from trade interests, a competition in determining technology standards can also be considered an underlying cause. For Huawei, the possibility of more countries introducing bans on their equipment remains a serious cause for concern. Japan was the last country to introduce such a ban. Turkey is one of the countries Huawei has aggressively grown in. The company is expected to gain an even larger presence via its competition in the 5G infrastructure enterprise ecosystem. This is due to the fact that the introduction of new standards brings forth new developments in fields such as artificial intelligence and the internet of things. And the enterprise ecosystem will be an essential part of 5G projects. At this stage, countries and companies that develop the standards will as a result have a larger role and presence in the future.

Is the embargo on Iran the only reason behind this development that has negatively impacted the stock markets around the world? Or are there other underlying causes? Many operators will be bringing 5G commercial networks online in 2019.

While Huawei has grown aggressively, it is not their smartphone business that causes anxiety in the U.S. but their increased activity on the network equipment front. During the beginning of the last year's International Consumer Electronic Show (CES), a new step of cooperation between Huawei and AT&T was to be announced, but instead the plan was canceled a day prior to the announcement due to national security concerns. But this has only affected Huawei's smartphone business. In Turkey, Chinese Huawei has taken over the market shares of Ericsson, Nokia-Siemens Network and Cisco in telecommunications equipment and mobile networks over the last 10 years. The dominance of Ericsson which was established as a result of Turkcell's investments now remains in the past. Currently, Huawei is the dominant player in the market.

With large discounts and easier financing, Huawei is thought to have reached a market share of 80 percent in some categories of Turkey's mobile infrastructure. According to data provided by GfK, which is Germany's largest market research institute, and the fourth-largest market research organization in the world, Huawei has also massively increased its share in the smartphone market in less than a year. Huawei's presence in the Turkish smartphone market has gone from 3.2 percent in August 2017 to 21.3 percent in August 2018.

With 5G investments, a new and large ecosystem that impacts all sectors will be established, not only due to changes in network and devices but also software. This is a game of conflicting interests being played in not only Turkey but the whole world. Such a situation leads to all countries trying to establish their positions in this trillion-dollar market.

Effects of the competition for leadership in 5G

Ömer Fatih Sayan, deputy minister of the Ministry of Transport and Infrastructure, stated that competition for leadership in 5G is an important aspect of the ongoing trade war between the U.S. and China and said, "It is a struggle to determine the standards that will define the future of the mobile internet. Moreover, 5G investments now seem to be one of the most challenging front of this trade war. The multiplier effect of 5G is immense. Both in the added value it creates in the economy and in the vulnerability it can cause under malicious hands. Where then will we take our place in this struggle? At first stage, we intend to carefully monitor the discussions and developments. Following this, we will take all our steps with the intention of bringing Turkey to a position of being not only a consumer but also a developer of technology, and move to establish investments and partnerships that will help achieve this goal. Within this scope, we intend to be one of the first countries to establish and use its 5G network using locally developed technologies. Considering the recent developments and the new tense techno-protectionist global environment, the importance of this initiative for locally developed technologies once again becomes clear."

On the subject of the measures Turkey will take in light of the bans on Huawei and the accusations that have emerged, Ömer Fatih Sayan, while commenting on the arrest of the Chief Financial Officer of Huawei in Canada due to violating the U.S. sanctions on Iran, has emphasized the importance of locally developed infrastructure and said, "I believe it's best to be a bit cautious while attempting to explain this arrest as being solely due to this reason as it has been reported in the media. Because the U.S. has taken sanction decisions against ZTE, another Chinese technology company, prior to this incident. On the topic of spying accusations, some countries following the U.S. have started being more cautious regarding the use of Huawei equipment. Even countries such as Australia and New Zealand have taken restrictive measures. China has similar measures against some U.S. companies. Attempting to explain all these with sanction violations would be too reductionist. We have to see these developments as the results of a struggle to establish technological superiority and set the course of the global economy."

Sayan emphasized that in the light of all these developments, the best measure against spying attempts is to develop the necessary critical technologies using local and national resources. Sayan also mentioned the Ulak project being worked on by Aselsan, Türk Telekom subsidiary Argela and Netaş, "The local development and production processes of communication technologies such as 5G and beyond is a necessity and an absolute must-have. With this intention, our ministry and the Information and Communication Technologies Authority are working on coordination studies to help the development of new generation communication technologies locally, and we are making great effort to create the incentivization processes."

The Turkey selections of "Hello Tomorrow," one of the platforms that bring forward startups that have the deep technological expertise required to shape the future, have been completed. Some 4,500 startups selected from 119 countries have conducted presentations and competed in their categories, 12 of which were startups selected from Turkey. The startups that create a difference with their technology expertise carried hints of how Turkey will produce the added value it needs.

The jury was led by Ferhan Cook, the founder of m-Spark, and was composed of leading names in Turkey's academic and technical fields such as Semahat Demir, Pınar Mengüç and Carmine Difiglio. The winners were NanoMatTR in the energy and environment category, Interact Medical Technologies in the health and biotech category, B-PREG in the industry and new materials category and TAZI.AI in the data and artificial intelligence category. NanoMatTR, first in the energy and environment category, was awarded as the best startup in Turkey producing science and technology and will go on to join the global summit and investment days that will be held in Paris on March 14-15, 2019, and get the chance to meet more than 200 international investors.

The number of support programs dedicated to technology startups in Turkey is increasing. The Turkey Technology Team foundation (T3 foundation), which has extensive experience in technology and a wide network of institutions, has started its operations with the slogan of "Accelerating Turkish Tech to the Cutting Edge" and continues to support tech startups that produce high value added products and services. Selected startups are provided guidance, rent-free offices, technical expertise support as well as opportunity to receive up to TL 100,000 ($18,560) in investment. The applications for the startup support program will continue until Dec. 21. The program will be open not only for startups but also for individuals looking to develop their expertise. The support program that will diverge from the usual programs in this manner aims to increase the human capital in Turkey in all categories with expertise programs.

The T3 foundation supports startups that produce value added products and services under the banner of T3 Startup Center in a variety of ways according to its goal of helping Turkey become a country that produces technology. These supports continue by getting more substantial each year.

Emphasizing that they intend to increase technological expertise not only in the defense industry, but also in other fields, T3 Foundation board member Haluk Bayraktar said, "Our intention is to increase the number of enterprises such as Baykar. To achieve this, we want to bring our startup ecosystem to a state more conductive to such enterprises. When Baykar was first founded, it was just a seven person team, but now it employs 500 engineers and technicians. In unmanned aerial vehicles (UAV) and unmanned combat aerial vehicle (UCAV) technologies, our products are now being used in the field for the interests of our national security and getting very good results. We have managed to make Turkey one of the few countries that produce their own UCAVs. Our intention is to help create such examples in all sectors. We want to make Turkey a center of attraction for startups. Fifteen prizewinners among 100 foreign startups that participated in Teknofest have been invited to Turkey and 11 startups from different countries, along with their founders, have made the decision to move to Istanbul. We want to increase that number."

Haluk Bayraktar stated that the foundation was created with concrete goals in mind and said, "Our country has put forward a vision for the year 2023. When we established our foundation, we too wanted to have a similar goal and decided to support 1,001 technology teams and 1,001 technology startups by 2023."