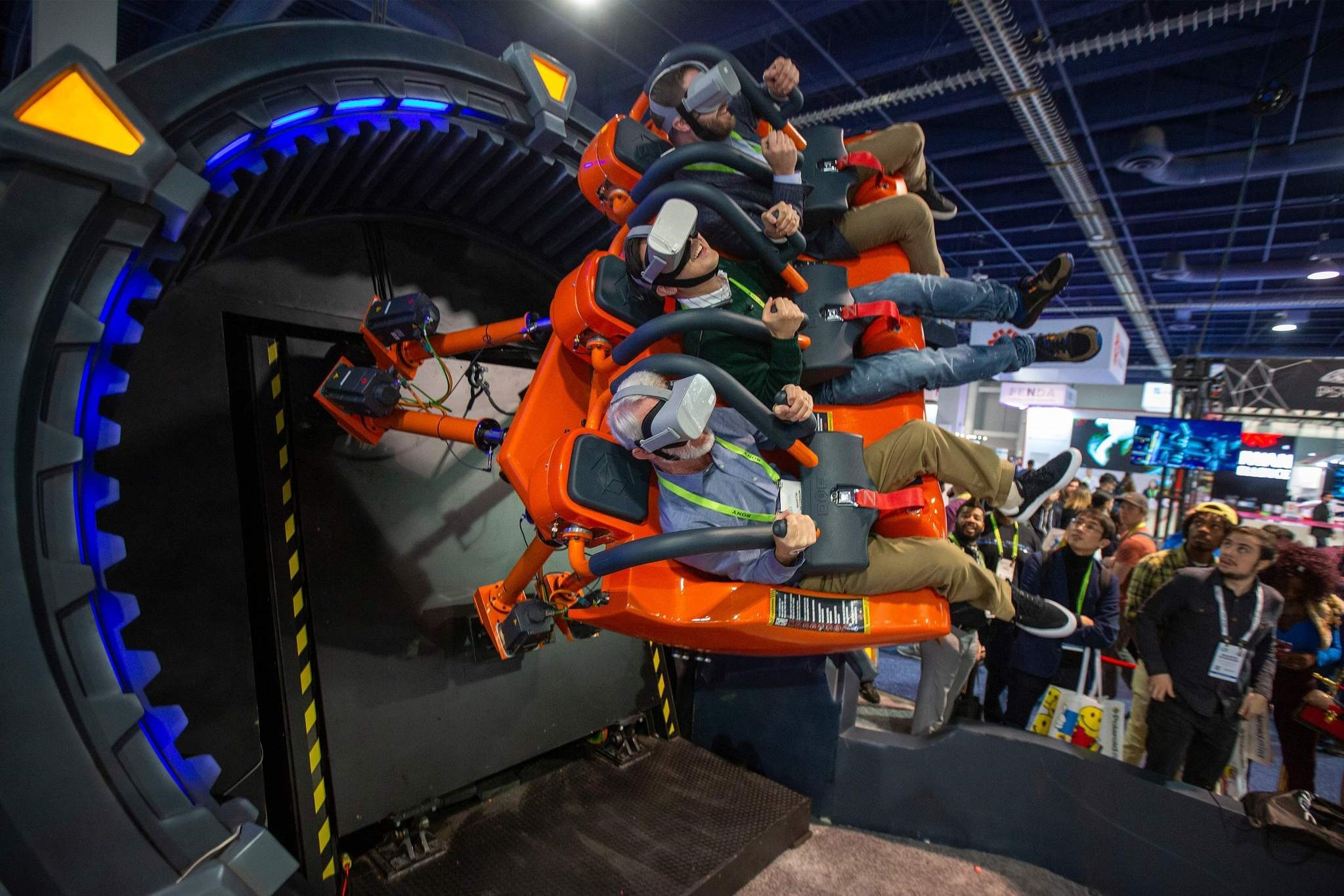 The 2019 winners of the innovation awards given by the world's largest consumer electronics convention Consumer Electronics Show (CES) have been announced.

Innovation awards were given in 24 different categories such as computers, games, smart homes and wearable technologies. The CES Innovation Awards are given every year to the best new examples of engineering, design and innovation.

Beko Sardis provides an uninterrupted and integrated payment solution for merchants compliant with the EMV security standards by using the newest payment technologies over a single device for orders and payments in restaurants. Beko Sardis, along with strengthening traditional and innovative payment methods, allows merchants to access retail services on subjects such as inventory management, customer loyalty and accounting by downloading specialized apps similar to a smartphone. Sales of Beko Sardis is expected to begin within 2019 for Android 9.0 and above.Virtual entertainment with movement

DOF Robotics attracted attention by receiving the Innovation Award on the Virtual and Augmented Reality Products category with its product Hurricane 360 VR.

DOF Robotics chairman of the board Mustafa Mertcan, said that they believe customers will also find the things they find entertaining, enjoyable, and stated that he is very happy with the attention the solution, the hardware and software of which they have developed themselves, has received in such a short time. Mertcan said: "We aim to generate more revenue abroad than in Turkey. And with that purpose we work to develop products that are technologically innovative and valuable. We have to develop our own games since we use them with the virtual reality technology. The implementation process must also be conducted in a highly secure manner. We work with the same security standards as NASA."

DOF Robotics Dazzles US and China

The award-winning game of DOF Robotics, Hurricane 360 VR, received a lot of attention at CES. Mustafa Mercan said that the device, overcoming borders, has received more attention abroad and described how they have increased their export revenue as follows: "The product provides a next generation cinema experience for users in East Asia. It received heavy attention in a short time in cinemas and special entertainment centers in the U.S. and China. The changes in Turkish foreign currency markets have directed us toward focusing more on exports."

Token Financial Technologies General Manager and CEO Erkan Duysal, expressed that they were successful at providing fast and secure payment solutions using platform-independent and cloud-based technologies: "We're the market leaders in Turkey and we're excited to be leading actors in the development new, secure technologies globally." Token financial technologies startup is also showcasing its software solutions and infrastructure at this year's convention, along with its award-winning product Beko Sardis.

$250B ECONOMY OF WEB-CONNECTED DEVICES 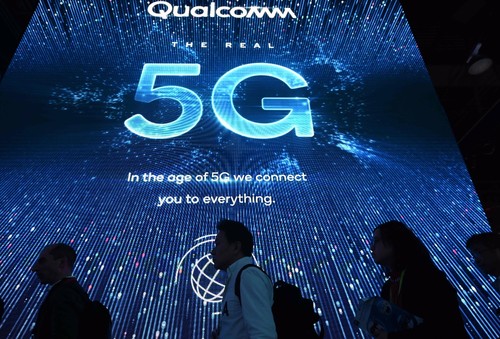 Attendees wait in line for a 5G exhibition at the Qualcomm booth during CES 2019 consumer electronics show, on Jan. 10, in Las Vegas, Nevada.

Companies such as Bosch, Asus, Hisense, Hyundai, Intel, LG, Panasonic, Qualcomm, Samsung, Sony, TCL and Toyota have showcased their new products and services for the first time at CES 2019. Bosch is presenting its advancements on the subjects of internet of things and artificial intelligence as well as its network-related solutions at CES 2019, in Las Vegas. Some of the many solutions Bosch is showcasing at the world's largest consumer electronics convention are a concept service vehicle that makes a new kind of mobility possible and smart refrigerators connected to the web that can provide advice on how best to store different kinds of food.

230 million homes will be connected to web

Markus Heyn stated that they expect the number of smart homes connected to the internet to reach 230 million by 2020. The ratio of homes with internet is expected to reach 15 percent. Emphasizing that half of all smartphones being used today are carrying sensors produced by Bosch, Markus Heyn gave an example using a video-based fire detection system: "Security cameras using smart visual analysis will be able to detect fires within seconds, before heat and smoke sensors of the system detect anything. In this manner, fires will be able to be detected faster compared to the conventional fire and smoke alarm systems being used today. This will help save time in such scenarios where seconds can be critical to saving lives."

Heyn went on: "As Bosch we've been early in predicting the extraordinary opportunity created by the internet of things. We've been actively shaping the web-connected world for the last 10 years. Stage by stage we've increased our software and IT expertise. Today we're a leading IoT company." Bosch, using its own "internet of things" (IoT) cloud, has already conducted more than 270 projects in areas such as mobility, smart homes, smart cities and agriculture. The number of sensors and devices connected via the Bosch IoT Suite has reached 8.5 million by increasing roughly 40 percent compared to the last year.

The Bosch Phantom platform has been developed with the idea of tracking continuous changes in the power consumption of institutions and homes in mind. It makes it possible to track power consumption, which is an important source of cost in many sectors today, according to region and device.

At homes, offices, hospitals, schools, data centers, factories and workshops, radical measures are being sought in power consumption. The first step of dealing with increasing costs of energy is tracking the power consumption of devices and processes. If you had the opportunity to measure and track power consumption according to devices, hours, departments and regions, you would have a better idea of how to save on your electricity bill. The Bosch Phantom platform makes this possible by making the power consumption process transparent via continuous measurements.

For example, concerning the lights left on at restaurants or retail shops, measures can be taken when irregular power consumption is detected, or the measurement data can be useful for the decision process regarding any changes concerning the devices. Using the Bosch Phantom platform, you can track how power consumption increases at which hours at a restaurant chain instantaneously.