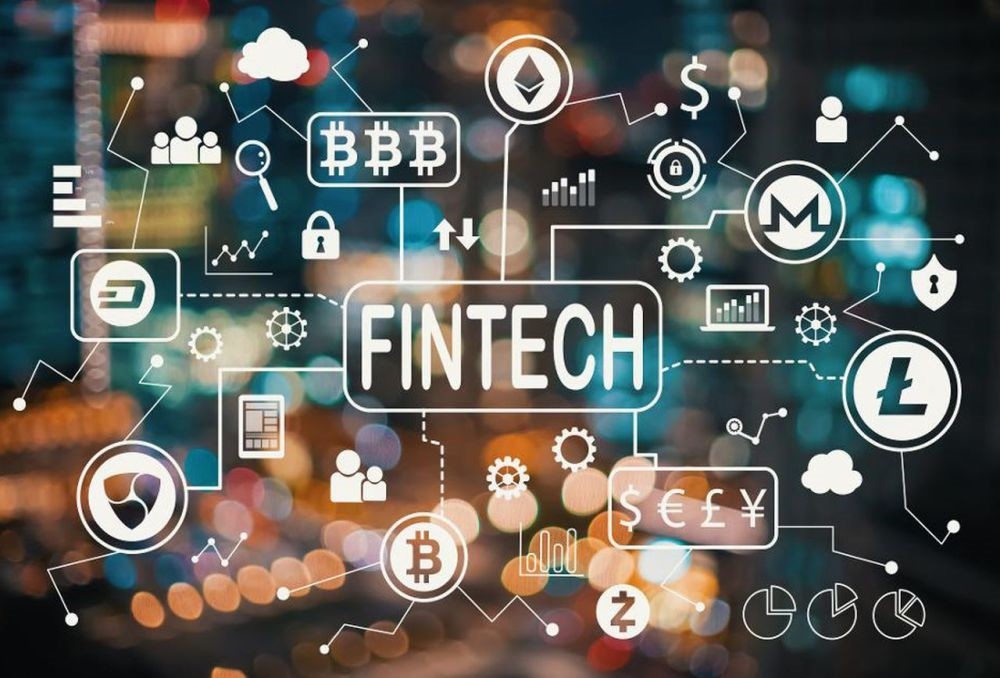 Fintech startups that democratize the payment technologies ecosystem increase trust in electronic commerce and contribute to growth. An analysis of the startup iyzico highlights the contributions of fintech startups in areas of export, supporting female entrepreneurship and decreasing unrecorded economic activity

The work of financial technology (fintech) startups in Turkey contribute to the incentivizing of secure and trusted commerce and at the same time make it possible for small businesses to start operating easier and more securely in the fields of e-commerce and e-exports. The effects of financial technology startups that increase the contributions of small and medium enterprises (SMEs) to economic growth have been examined in a case analysis report published by the Policy Analytics Lab (PAL). Startups that focus solely on payment systems create more democratic solutions as alternatives to large banks. As part of the study, iyzico's own processing data has been analyzed, iyzico's contributions to the e-commerce ecosystem is evaluated alongside the analysis of data regarding the financial technologies sector.

As part of the study, face-to-face meetings were done with iyzico executives and workers, and comprehensive meetings were conducted with 17 iyzico customers between August and October 2018. This report that has the quality of being a case analysis aims to help provide data regarding the impact of the fintech sector on the Turkish economy to decision makers in economic policy such as the Banking Regulation and Supervision Agency (BDDK). The highlights of the report are the positive contributions of secure solutions in financial technologies to growth, exports, supporting female entrepreneurship and decreasing unrecorded economic activity.

The significant growth numbers found by the report reveal the positive effect of financial technology startups. Between the years of 2016 and 2018, the average revenue of an average business that is an iyzico member grew by 53 percent. While the average annual revenue of an average iyzico member business was TL 306,000 in 2016, in the first seven months of 2018 this number was seen to have grown to TL 471,000 on average.

iyzico contributes to the presence of SME's in the e-commerce market. More than 95 percent of iyzico member businesses are businesses categorized as small and small-to-medium (less than TL 45,000 in monthly transaction volume). This situation shows that revenue per business almost doubled from 2016 to 2018 and e-commerce became more popular among small businesses.

The numbers regarding exports are a part of the effects analysis report worthy of attention. The volume of exports done through the iyzico platform continues to increase. In the case that the existing acceleration in growth continues for 5 more years, annually over $1 billion worth of exports is expected to happen through iyzico. The export range via iyzico is 58 percent more than all of Turkey's e-commerce range. While iyzico's export range from 2015 to 2017 was 5,292 kilometers, Turkey's e-commerce range was 3,555 kilometers in total and traditional export range was 2,917 kilometers. This fact revealed that iyzico makes it easier for local entrepreneurs to access distant markets. The findings obtained within the course of this study hint that iyzico might be the first "unicorn" startup from Turkey, meaning that over time it might reach $1 billion in valuation. The report reveals that with strong regulations, it is possible for payment technology startups such as iyzico that contribute to the growth of many businesses in the electronic commerce field, support exports and encourage entrepreneurship, to advance and grow larger in the international field. It shows that regulatory decisions have an important role in making Turkey a center of fintech.

Over the last two years, the number of small businesses member of iyzico has grown 7.3 times, contributing to the presence of SME's in the e-commerce market.

On the subject of decreasing unrecorded economic activity, as of now transaction volume close to TL 1.2 billion, was brought into recorded economic activity via iyzico. This number that was TL 187 million for 2016, was seen as having reached TL 542 million in the first seven months of 2018. Between September 2017 and July 2018, the number of iyzico member personal entrepreneurs grew five times, and the volume they created grew 12 times. One among each five personal seller states that they have conducted sales to buyers abroad via solutions they have found with iyzico.

The number of iyzico member businesses owned by women grew 10 times over the course of two years, and constitute a 20 percent share of the total.

Three different startup acceleration programs have completed the 3S Landing Pad program that connects startups with large investors at the heart of the Silicon Valley for six months with 12 startups prepared for the global market.

The 3S Landing Pad program organized in Silicon Valley with the partnerships of StartersHub, Startupbootcamp and Starcamp aims to accelerate tech startups which are in the scaling stage from around the world into to global markets. The program wrapped-up with three different organizations. The 12 startups participating in the program have founded their own companies in the U.S. with the support of StartersHub. The market-readiness of products were reviewed one by one and necessary changes were made both in the product and business model dimensions. Startups engaged with the consultative committees founded as part of the program have started providing services in the U.S. with the teams created.

The second of the introduction programs that started with a dinner attended by Ben Narasin, who is one of the important investors of NEA Ventures focused on fintech, mobile and digital markets in the Silicon Valley Bank at Menlo Park with the cooperation of Inventus Law Firm and Silicon Valley Bank. The attendees of this program, which had venture capital investors, angel investors and institutional investors present, had the opportunity to get a closer look at startup teams that were part of the six month acceleration program within the 3S Landing Pad framework that had the purpose of readying businesses for global markets. The 3S Landing Pad startups presented their innovative solutions to investors at 3S Landing Pad's offices in Palo Alto at an event organized with the cooperation of Pitchforce.

The winners of the "Big Data" innovation competition started by Türk Telekom with the partnerships of TÜBİTAK, Boğaziçi University and other national and international institutions to develop innovative solutions to address the social problems of Syrian refugees in Turkey, whose numbers have reached 3.5 million, have been announced. At the closing workshop of the competition organized at Albert Long Hall of Boğaziçi University, projects that came in first place in categories of security and safety, health, education, unemployment and integration shared a prize of TL 50,000 among themselves. The titles of the winning projects in each category are as follows: For the health category "Reducing the risk of measles in Turkey via the societal integration of Syrian refugees;"

in the education category "Improvement of education opportunities for refugees for better integration;" in the integration category "Evaluation of refugee movements via the analysis of communication data (AROMA_CoDa)," in the unemployment category "High-detail city-by-city map of integration in Turkey (UDMIT)" and in the security and safety category "The definition of cellphone usage patterns in cities in Turkey where refugees live."

CEO of Türk Telekom Paul Doany said: "As Türk Telekom we're proud to have provided support for projects that develop solutions for the social problems of refugees as part of the 'Big Data For Refugees' competition. We will continue our work in this field."

Four nongovernmental organizations, three government institutions, two research labs and 157 researchers from 57 academic institutions sent their work for the competition, which received project applications from more than 100 research groups. While a fifth of the projects came from Turkish institutions, other projects were prepared by or with the cooperation of foreign institutions.

As part of the competition, along with the TL 50,000 in funding, Türk Telekom also provided research groups with a big data set regarding anonymous mobile phone usage. The data set which did not contain personal information but contained data on movements of masses became a new tool for the researchers to analyze the movements of people within Turkey. The research groups derived meaningful conclusions from the data provided by Türk Telekom. In this way steps were taken to realize various short, medium and long term goals such as tracking of contagious diseases such as measles in Turkey, determining the most suitable places to set up service points in fields such as education and health and the development of new methods to help the integration of the refugee population.

The Energy Academy opens its doors to new startups

Limak Energy has founded the TEA Limak Energy Startup Acceleration Program to support innovative business ideas, business models and technologies of younger generations as part of its Turkey's Energy Academy (TEA) Project which started in 2016. The new program, which started at the end of last year, was designed with sectoral developments in the energy field, rapidly developing new technologies in the world, new innovative business models that are getting more common and digital transformation trends in mind.

As part of this program, which is the first acceleration program focused on the energy sector in Turkey, Limak Energy will provide the necessary support for entrepreneurs to develop and implement their innovative business ideas, business models and technologies.

TAKING ON THE RESPONSIBILITY

Batuhan Özdemir, head of the Limak Energy board of directors, said the following about the subject: "We need to be capable of developing high added-value products in the field of energy, increasing the percentage of local contributions and exporting these abroad. So we have made the decision to take on the responsibility in this field as Limak Energy to support the startups in this field. We hope that the Startup Acceleration Program we've created for the energy sector will be an example and our partners in the sector will start similar programs."

CEO of Limak Energy Birol Ergüven emphasized that the energy sector is rapidly changing and the companies that cannot adapt to new technologies and cannot lead in innovation become uncompetitive over time, adding: "With this program we wanted to create an environment for people who have new ideas and entrepreneurship ambitions. We believe that we'll see positive results for our country, company and entrepreneurs."

Entrepreneurs, early stage startups and companies with innovative business ideas and solutions in the fields of energy production, management of energy plants, energy distribution, sales and commerce, smart infrastructure, energy storage, recovery and recycling, energy efficiency and sustainable energy as well as those that have solutions applicable to the energy sector in the fields of big data, artificial intelligence, blockchain and cyber security software will be able to participate in the program.