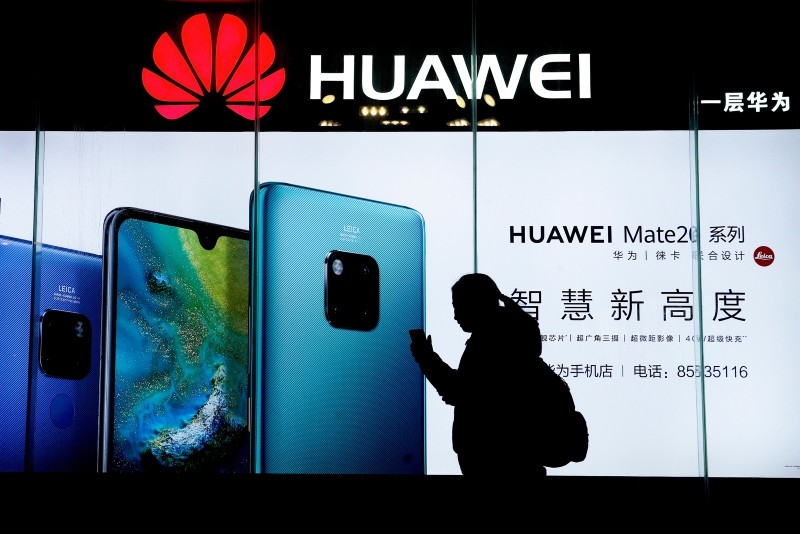 In a statement, Huawei denied committing any of the violations cited in the indictment. China's Foreign Ministry on Tuesday responded by urging the United States to stop the "unreasonable suppression" of Chinese companies.

The charges were announced just before a crucial two-day round of trade talks between the United States and China are scheduled to begin in Washington. Trade analysts say they could dim prospects for a breakthrough.

The sweeping indictments accuse the company of using extreme efforts to steal trade secrets from American businesses — including trying to take a piece of a robot from a T-Mobile lab.

The executive charged is Huawei's chief financial officer, Meng Wanzhou, who was arrested in Canada last month. The U.S. is seeking to extradite her, alleging she committed fraud by misleading banks about Huawei's business dealings in Iran.

David Martin, Meng's lawyer in Canada, didn't immediately respond to messages seeking comment. Meng is out on bail in Vancouver and her case is due back in court Tuesday as she awaits extradition proceedings to begin.

Huawei is the world's biggest supplier of network gear used by phone and internet companies and has long been seen as a front for spying by the Chinese military or security services.

"The company denies that it or its subsidiary or affiliate have committed any of the asserted violations of U.S. law set forth in each of the indictments," the company statement said. Huawei is "not aware of any wrongdoing by Ms. Meng," it added, "and believes the U.S. courts will ultimately reach the same conclusion."

Prosecutors say Huawei did business in Iran through a Hong Kong company called Skycom and Meng misled U.S. banks into believing the two companies were separate.

The officials provided details from a 10-count grand jury indictment in Seattle, and a separate 13-count case from prosecutors in the Eastern District of New York.

Among the accusations, prosecutors say Huawei stole trade secrets, including the technology behind a robotic device that T-Mobile used to test smartphones.

Beginning in 2012, Huawei hatched a plan to steal information about T-Mobile's robot, named "Tappy," and Huawei engineers secretly took photos of the robot, measured it and tried to steal a piece of it from T-Mobile's lab in Washington state, according to prosecutors. T-Mobile declined to comment.

The Huawei case has set off diplomatic spats among the United States, China and Canada. President Donald Trump said he would get involved in the Huawei case if it would help produce a trade agreement with China. But Ross said Monday that the indictments are "wholly separate from our trade negotiations with China."

The two countries agreed Dec. 1 to negotiate for 90 days in an effort to defuse worsening trade tensions. Trump has postponed a scheduled increase in U.S. tariffs on $200 billion of Chinese goods from 10 percent to 25 percent during the talks. A breakdown in negotiations would likely lead to higher tariffs, a prospect that has rattled financial markets for months.

Monday's announcement of criminal charges "is certainly not a propitious sign for U.S.-China trade tensions and could hamper prospects for even a partial deal in the coming weeks," said Eswar Prasad, an economics professor and China expert at Cornell University.

There is no allegation Huawei was working at the direction of the Chinese government. In past instances, the U.S. government has singled out Beijing in corporate or digital espionage and has recently charged several Chinese hackers and intelligence officials.

The arrest of Meng, the daughter of Huawei's founder at Vancouver's airport, has led to the worst relations between Canada and China since the Tiananmen Square massacre in 1989. China detained two Canadians shortly after Meng's arrest in an apparent attempt to pressure Canada to release her. A Chinese court also sentenced a third Canadian to death in a sudden retrial of a drug case, overturning a 15-year prison term handed down earlier.