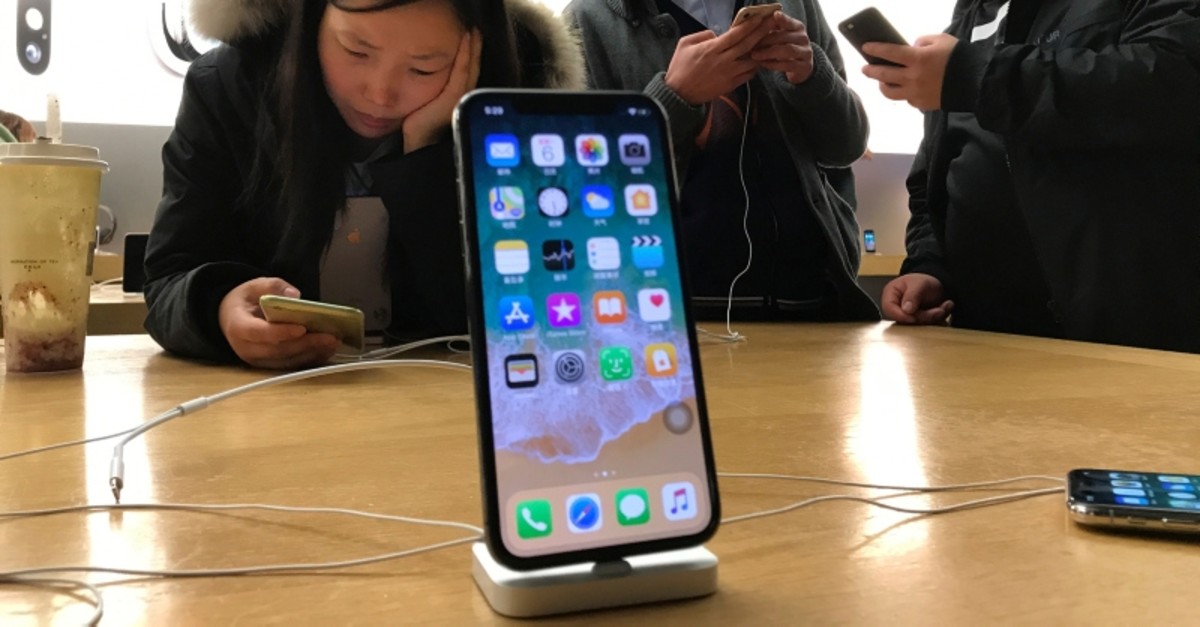 In this Nov. 6, 2017, file photo, shoppers check out the iPhone X at an Apple store in Beijing, China. (AP Photo)
by reuters
Feb 22, 2019 12:00 am
Apple Inc has teamed up with Chinese payments giant Ant Financial Services Group and several local banks to offer interest-free financing, its first such move in the country as it looks to boost waning smartphone sales.

The U.S. tech behemoth issued a rare revenue warning last month citing weaker iPhone sales in China, one of its most important markets, where consumer spending has taken a hit due to a slowdown in economic growth.

On its China website, Apple is promoting the new scheme, under which customers can pay 271 yuan ($40.31) each month to purchase an iPhone XR, and 362 yuan each month for an iPhone XS. Customers trading in old models can get cheaper installments.

Users buying products worth a minimum of 4,000 yuan worth from Apple would qualify for interest-free financing that can be paid over three, six, nine, 12 or 24 months, the website shows.

The 64GB versions of iPhone's XR and XS models sell at official sticker prices of 6,499 yuan and 8,699, respectively.

Apple and Ant Financial declined to comment on the scheme.

Apple is facing headwinds in China where economic growth slowed in 2018 to the weakest pace in 28 years, exacerbated by a crippling trade war with the United States. The U.S. company is also battling mounting competition from Chinese handset makers.

Data from research firm IDC shows iPhone shipments to China fell 19.9 percent during the fourth quarter of 2018 versus a year earlier. Total smartphone shipments to the country were down 9.7 percent over the same period, although domestic brands such as Huawei, Oppo, and Vivo still grew market share.

The company has been sharpening its focus on its services business, including the App Store, mobile payments and music streaming, after the recent dip in iPhone sales that generates most of its profit.

It has teamed up with Goldman Sachs to issue credit cards that will be paired with iPhones and will help users manage their money, the Wall Street Journal reported on Thursday, citing people familiar with the matter.