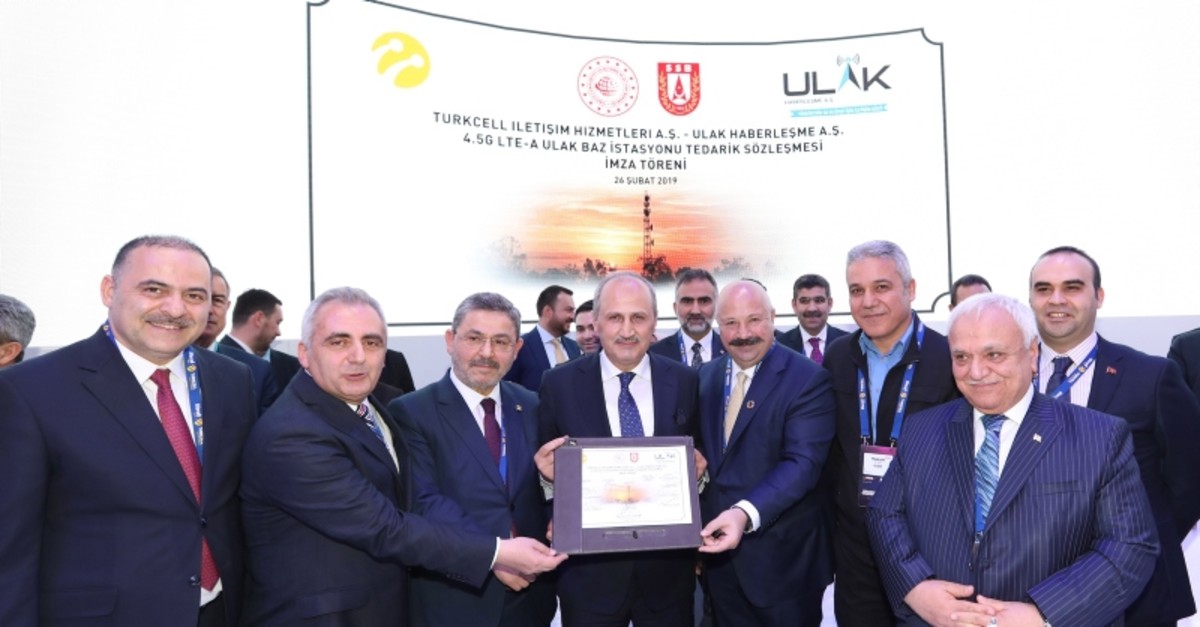 The agreement was inked on the sidelines of the 2019 Mobile World Congress in Barcelona in the presence of Transport and Infrastructure Minister Mehmet Cahit Turhan.

Turkcell agreed to use 2,650 domestically developed Ulak base stations across the country.

Hailing Turkey's recent efforts to boost domestic technology development, Turhan said a world brand such as Turkcell choosing Ulak base stations for its operations was a move of "great importance."

Turkcell Board Chairman Ahmet Akça said the deal could help Turkey have a say in the field of 5G and other new generation communication technologies.

"Our goal is to contribute with our 25 years of experience to Turkey's journey to become a technology-producing country," Akça added.

Turkey's first domestically developed Ulak base station was commissioned in May 2018 in eastern Kars province.