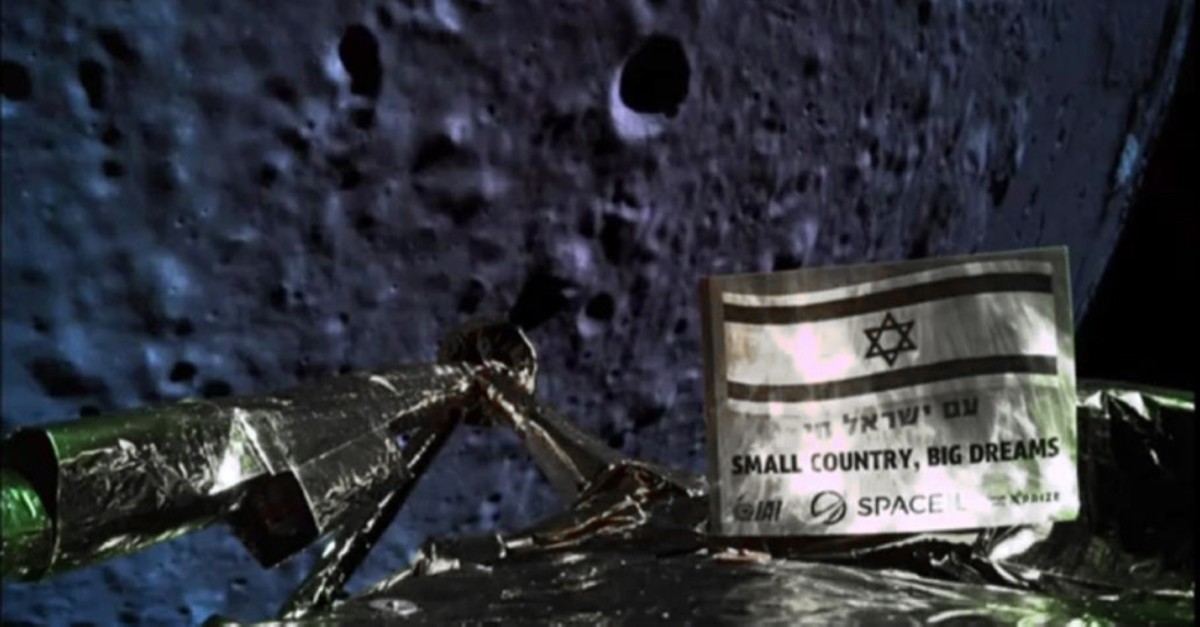 A handout picture released by SpaceIL and Israel Aerospace Industries (IAI) on April 11, 2019, shows a picture taken by the camera of the Israel Beresheet spacecraft, of the moons surface as the craft approaches. (AFP Photo)
by Compiled from Wire Services Apr 11, 2019 11:09 pm

Israel's attempt at a moon landing failed at the last minute Thursday when the craft suffered an engine failure as it prepared to land and apparently crashed onto the lunar surface.

The unmanned robotic lander suffered periodic engine and communications failures during the 21 minutes or so of the landing sequence, the support team said.

"We didn't make it, but we definitely tried," project originator and major backer Morris Kahn said in a live videocast from mission control near Tel Aviv.

"The spacecraft Beresheet did not successfully complete its landing on the moon," an onscreen message said.

Beresheet, whose name is Hebrew for the biblical phrase "In the beginning," had traveled through space for seven weeks in a series of expanding orbits around Earth before crossing into the moon's gravity last week.

The final maneuver on Wednesday brought it into a tight elliptical orbit around the moon, 15-17 km (9-10.5 miles) from the surface at its closest. From there it was a short, nail-biting and ultimately disappointing conclusion.

So far, only three nations have succeeded in carrying out a "soft" landing on the lunar surface: the United States, the Soviet Union and China.

Morris Khan, a philanthropist and chairman of SpaceIL, put up $40 million of the project's $100 million budget.

Other partners who joined later are from "the private sector, government and academia," according to the IAI website.