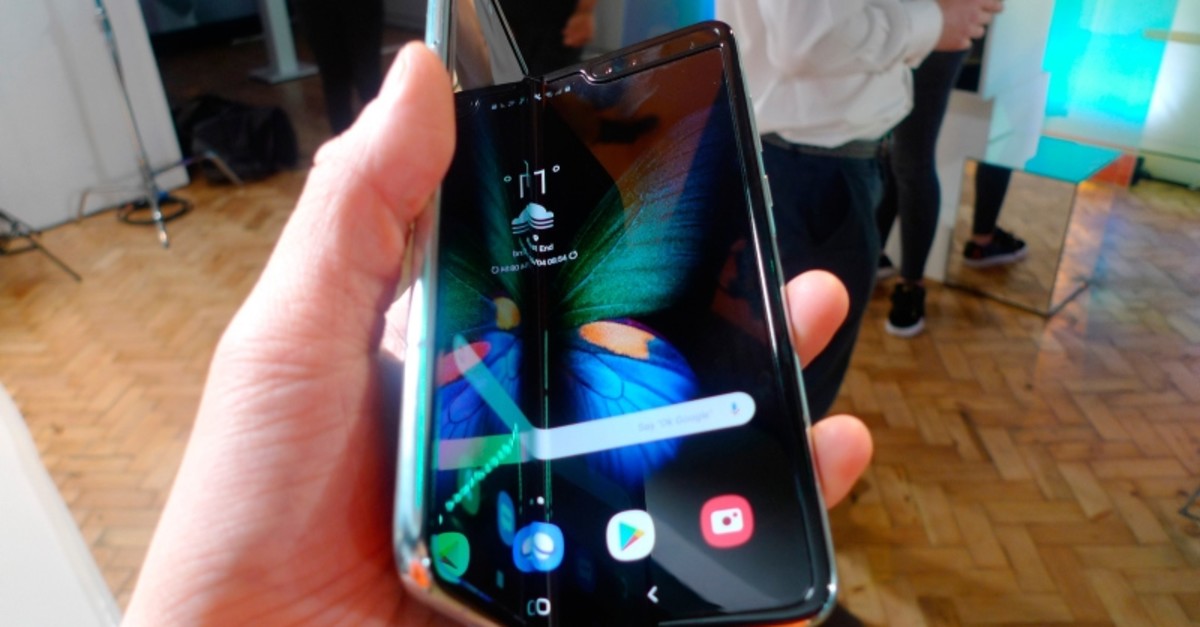 The Samsung Galaxy Fold smartphone is seen during a media preview event in London, Tuesday April 16, 2019. (AP Photo)
by Associated Press Apr 18, 2019 1:04 am
Some of Samsung's new, almost $2,000 folding phones appear to be breaking after just a couple of days.

Journalists who received the phones to review before the public launch said the Galaxy Fold screen started flickering and turning black before completely fizzling out. Two journalists said they removed a thin, protective layer from the screens that they thought was supposed to come off, but was meant to stay.

But reporters from The Verge and CNBC said they left that layer on and their screens still broke. A CNBC video shows the left side of the inside screen intermittently flashing, and the right side as unresponsive.

The long-anticipated folding phone is about the size of a standard smartphone when folded, but can open up to the size of a small tablet. The phone is designed to work whether closed or open; when open, the single screen display is bisected by a crease.

Samsung promises the screen can withstand being opened and closed 200,000 times, or 100 times a day for five years.

The Galaxy Fold goes on sale April 26 in the U.S. for $1,980, making it one of the most expensive phones anywhere — particularly if it isn't as durable as promised.

The company had a disastrous rollout of a new phone in 2016 with the Galaxy Note 7, which Samsung eventually recalled because its batteries were catching on fire.