Turkish 8th-grade students develop Android game with their own software 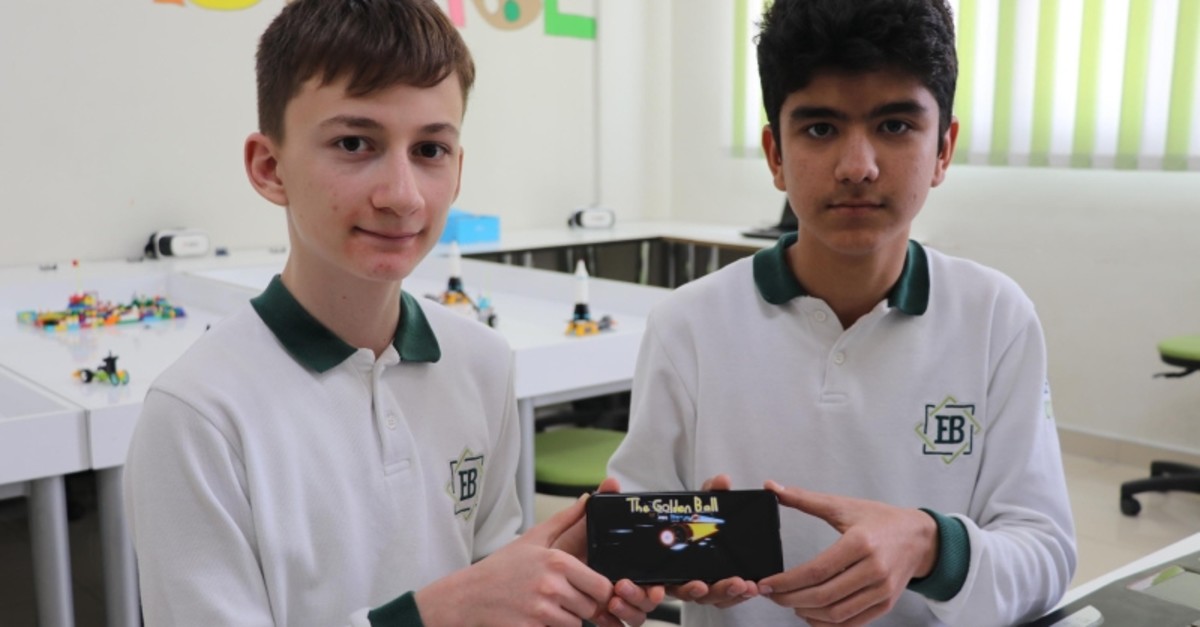 Alperen Cebe and Alper Arda Ipek, eighth-grade students in Merkezefendi district developed the game which they called "The Golden Ball" with their own software program after approximately six months of work.

The students told Anadolu Agency (AA) that they are going to launch their game after the high school entrance exams.

The game, which was designed for both educational purposes and for fun, requires a player to complete a series of levels on different planets and satellites, giving information about the space.

"Players struggle on different grounds depending on the difficulty level in the game, which was designed in accordance with the surfaces of each planet," Ipek said.

Players receive information about planets and satellites in the related sections during the game, he added.

The students also told AA that they are planning to attend an entrepreneurship competition that will be organized by Google Play in June.

Saying that they have been attending several programming classes for four years, Cebe noted that they started to develop their own games thanks to that education.

"We worked very hard to get to this level and we have produced this game. Our goal is to carry Turkey to the next level in mobile and PC games," Cebe said.

Yasin Köse, the information technologies teacher at the school, said that he "believes that our students will go to very good places in the future, because they don't just play games -- they produce the games they play."