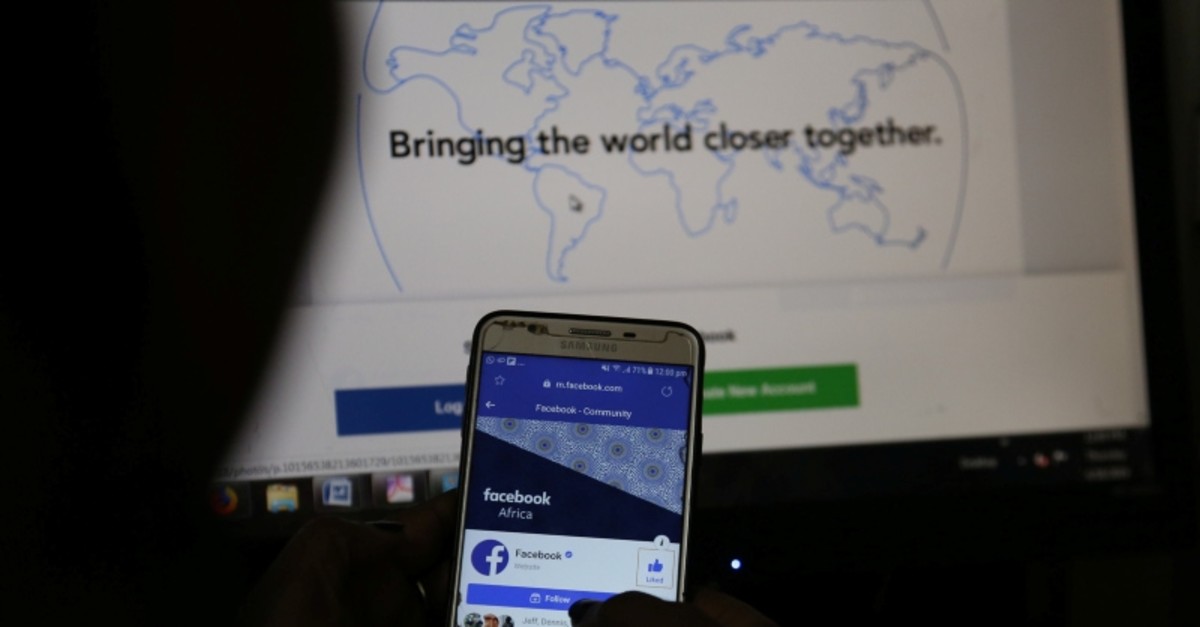 An illustration photo shows the Facebook page displayed on a mobile phone internet browser held in front of a computer screen at a cyber-cafe in downtown Nairobi, Kenya April 18, 2019. (Reuters Photo)
by Compiled from Wire Services Apr 24, 2019 11:46 pm

Facebook Inc beat analysts' estimates for quarterly revenue on Wednesday, aided by growth in its Instagram business and a surge in advertising spending by companies while also warning it could face up to $5 billion in losses related to an official U.S. privacy investigation.

Monthly active users rose to 2.38 billion, beating estimates of 2.37 billion, according to IBES data from Refinitiv.

Net income attributable to Facebook shareholders fell to $2.43 billion, or 85 cents per share, in the first quarter ended March 31, from $4.99 billion, or $1.69 per share, a year earlier.

Analysts were expecting the company to report profit of $1.63 per share.

In its quarterly earnings update, Facebook said it had set aside $3 billion from its first quarter results in reserve to pay any fine by the U.S. Federal Trade Commission, which last year reopened its investigation into a 2011 privacy settlement with Facebook.

"We estimate that the range of loss in this matter is $3.0 billion to $5.0 billion," the company said. "The matter remains unresolved, and there can be no assurance as to the timing or the terms of any final outcome."