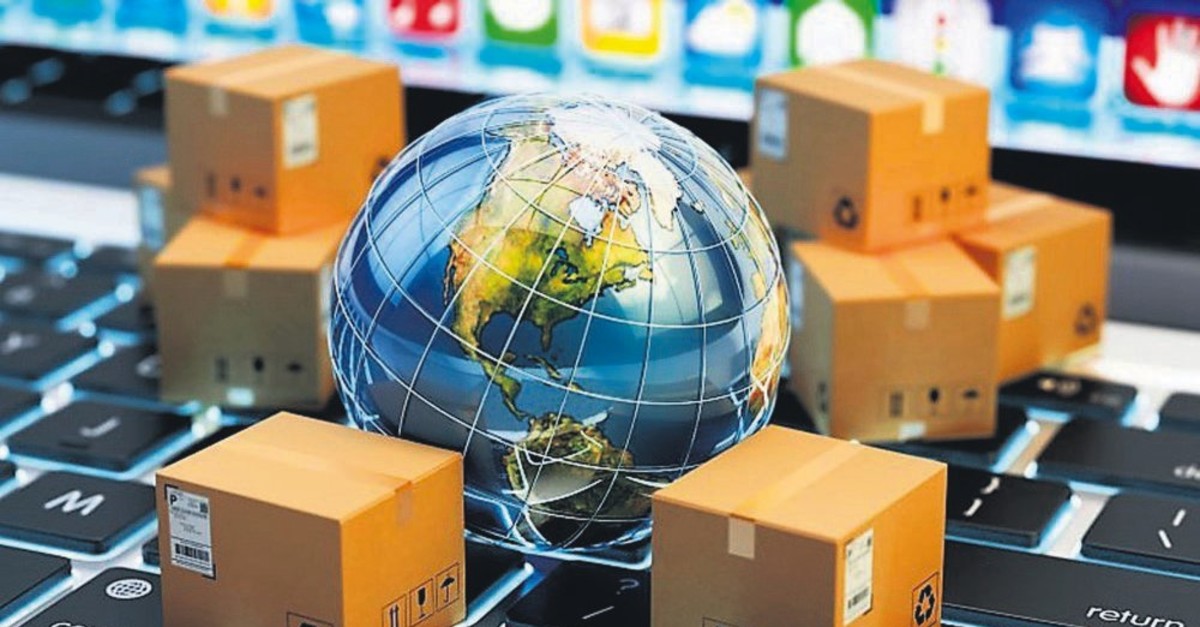 Surpassing its initial goal of TL 50 billion, the Turkish e-commerce industry closed last year with an economic size of TL 59.9 billion.
by Daily Sabah Apr 25, 2019 12:10 am

E-commerce maintained its sustainable growth performance last year with a 42 percent rise in economic size compared to 2017. The annual growth average of the last four years is 33 percent

The Turkish e-commerce sector has been enjoying an upward trend in recent years. The industry, which has been operating in Turkey since 1997, went through a successful 2018 and has now rolled up its sleeves for new achievements this year, reaching a volume of TL 59.9 billion in 2018, a 42 percent growth compared to the previous year. The initial sector target was TL 50 billion. Prepared by the Data-Processing Industrialists' Association (TÜBİSAD) in cooperation with the Association of e-Commerce Operators (ETİD) as the project partner, as well as Deloitte Turkey, SimilarWeb and Inveon as data partners to measure Turkey's e-commerce market in accordance with international standards, "Turkey e-Commerce 2018 Market Size" report was announced Wednesday.

In her keynote speech, TÜBİSAD Chairman Kübra Erman Karaca said the e-commerce sector continues to grow rapidly, even in a challenging year for the Turkish economy.

Karaca said that it would be more accurate to rename the e-commerce sector as "digital commerce." "The e-commerce sector is one of Turkey's growing, developing and most dynamic sectors. It is of great importance that digital transformation takes place in public and large enterprises, as well as in small and medium-sized enterprises (SMEs), society and individuals," she continued. "That individuals adapt to developments that will make their lives easier by using new technologies is a driving force in the growth of the sector. The contribution of SMEs to economic growth by catching up with the technological revolution and adapting to new business models through their products and services is extremely important. These dynamics of both sectors contribute to the growth of digital trade."

Karaca said that they prepared the sixth edition of the report this year, stressing that e-commerce is a growing part of the information and communication technologies sector.

In parallel with past years, the number of traffic, shopping and basket size performances of large-scale sites increased compared to small sites, Günaydın stressed, adding the market share of the top 10 sites rose from 40 percent to 53 percent in the last five years. "The share of mobile traffic has also surpassed desktop traffic in many categories as a result of increased smartphone ownership, reduced mobile internet costs and increased mobile compatibility of sites," he noted.

Burak Ertas, chairman of the TÜBİSAD e-Commerce Commission, said that the continuous growth in e-commerce volume is pleasing not only for the sector but also for the country's economy, underlining that e-commerce volume in Turkey has had an average growth of 33 percent in the last five years.

"Last year, there was growth of 42 percent. E-commerce needs to be addressed not only as online shopping but also with the sectors it mobilizes. In this respect, e-commerce makes a significant contribution to the development of tourism, technology and retail sectors," he said. "Despite positive data for our sector, the ratio of e-commerce to the total retail market is 5.3 percent, which is below the average of developing countries. We believe the e-commerce industry, which is highly dynamic with technological innovations, will have higher shares in the coming years with the development of mobile Internet and mobile applications in our country."

Çağlar Erol, the founder and CEO of Enuygun.com, said in his speech on the Development of E-Commerce in Turkey panel at the meeting, said that online travel has increased in developed countries and Turkey, indicating that representatives of the traditional travel sector started to invest in online travel. "There is a transition from offline to online with regard to travel. This report also outlines its contribution to the growth of e-commerce," Erol said. "As Enuygun.com, we have become a company that directs the market and changes habits. We do this by investing in technology and offering new products. People continue to travel regardless."

According to the report, the e-commerce sector in Turkey maintained its growth trend in 2018 without any loss, reaching TL 59.9 billion, an increase of 42 percent. The average annual growth rate of the sector in 2014-2018, on the other hand, was 33 percent.

While the ratio of online transactions in the total retail market in Turkey is 5.3 percent, the average of developed countries and developing countries was 5.9 and 11.1 percent, respectively.

Considering the outstanding trends in the report, basket sizes increased more than in previous years due to the price increase and exchange rate effect seen in consumer products. Increasing foreign tourist traffic to Turkey positively affected the online traffic figures of airline and accommodation companies. In addition to traffic, the holiday travel category grew rapidly due to the rising exchange rate effect.

In line with the decrease in demand for durable consumer goods, the electronic category showed a lower performance compared to the previous year. While the total retail sector displayed low growth performance in Turkey last year, the share of e-commerce increased rapidly to 5.3 percent due to the quick growth of the e-commerce channel in the sector.